Despite being announced as one of six crew members aboard the next Jeff Bezos Blue Origin flight, Pete Davidson has cancelled his trip to outer space. Here’s why.

Pete Davidson will no longer be heading to space. On March 17, it was revealed that Pete’s March 23 trip to outer space had been postponed, and he is no longer able to make it on the new date, March 29. “Blue Origin’s 20th flight of New Shepard has shifted to Tuesday, March 29,” Blue Origin tweeted. “Pete Davidson is no longer able to join the NS-20 crew on this mission. We will announce the sixth crew member in the coming days.”

The company did not expand on why Pete can no longer make it on this date, but it’s expected that he has a scheduling conflict. The reason for the date change also was not provided by the aerospace company, which was founded by Jeff Bezos. The other passengers on the flight are Marty Allen, CEO for Party America, Marc Hagle, a real estate mogul, Sharon Hagle, Marc’s wife, Jim Kitchen, a professor at UNC and Dr. George Nield, the president of Commercial Space Technologies. 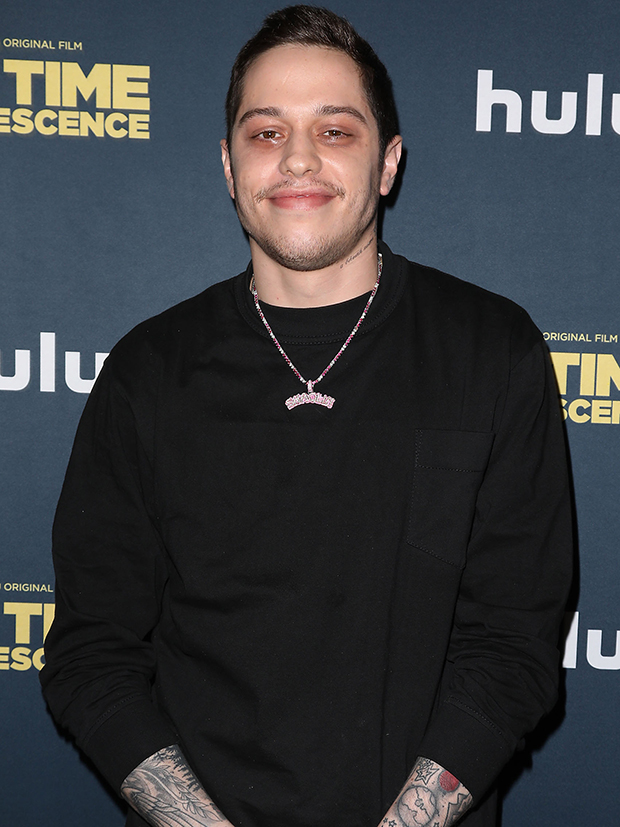 This news comes amidst Pete’s hot and heavy romance with Kim Kardashian, as well as Kim’s ex, Kanye West, publicly dissing both of them. Kim and Pete’s relationship seems to be stronger than ever, though, as Kim went Instagram official with the Saturday Night Live star earlier this month. She also opened up about their relationship in an interview with Ellen DeGeneres, revealing that Pete has multiple tattoos in her honor. He even got her name BRANDED on his chest to make it “more permanent.”

Kim and Pete have been together since October 2021. The exact details surrounding how they got together are unclear, but their relationship went public just a few weeks after Kim hosted SNL at the beginning of that month. Kim has promised that she will discuss the relationship on her family’s upcoming reality show, The Kardashians, although she confirmed that she had not shot any scenes with Pete yet. The show premieres on April 14 on Hulu.