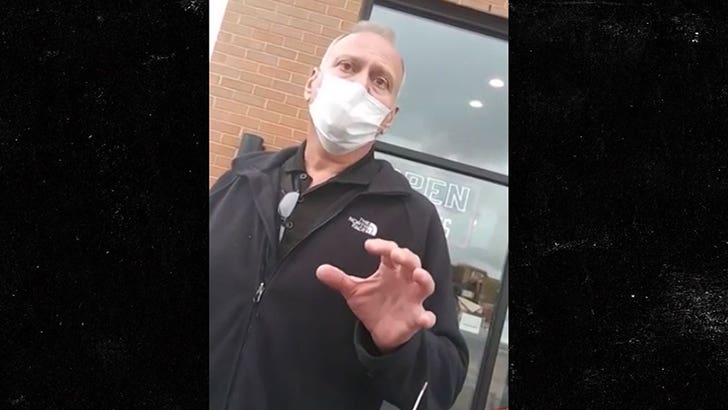 A pizza delivery man got a double whammy — getting fired over his Black Lives Matter mask and then getting cited by cops over what happened when he was fired.

The incident went down in Milwaukee, where Patrick McVey says he got fired for wearing his BLM mask while delivering for Rosati’s. Patrick, who is white, got pulled outside for a chat with the joint’s owner, who told him the rules — no politics, no religion and no cursing.

In the video, the owner says, for him, the BLM mask intersects with politics — and he tells Patrick it’s far too controversial to wear while making deliveries.

The September 10 exchange was actually pretty calm up until the owner asked Patrick, “Will you adhere to my rules or not?” When Patrick replied, “No,” the owner said he’s fired and turned to walk back inside. That’s when he realized Patrick was recording him with his phone … and the owner wasn’t having it.

He lunged at Patrick and grabbed his phone — but you can hear Patrick get pissed off, saying call the cops.

We reached out to law enforcement … and we’re told cops were dispatched to a battery call at the pizza joint. They say cops subsequently issued disorderly conduct citations to both guys. Patrick told FOX6 Milwaukee he plans to fight the ticket.