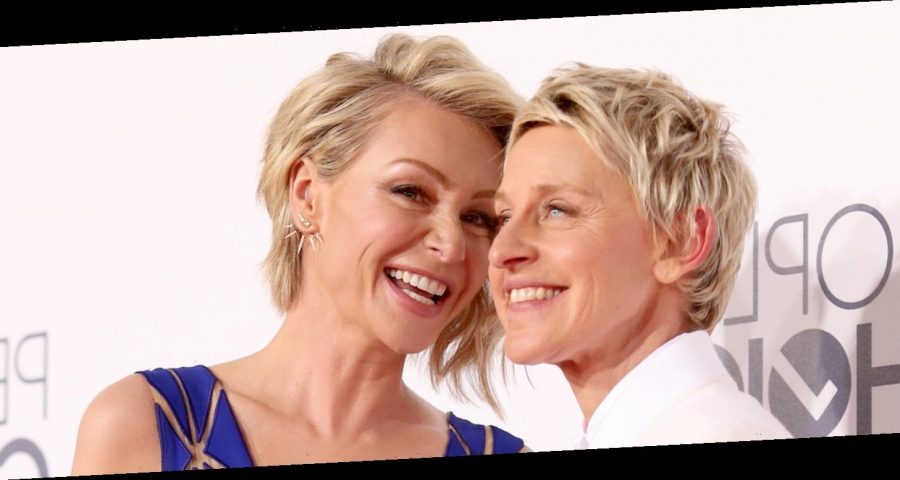 The 48-year-old retired actress and the 63-year-old talk show host opened up about meeting each other and falling in love in the new issue of People.

“I remember thinking that she was the coolest, most fascinating, beautiful, funniest person I’d ever met,” Portia recalled of Ellen after they met at a Rock the Vote concert in the early 2000s.

“But I, at the time, was closeted,” Portia shared. “I really wasn’t comfortable with my sexuality. I just knew that being with her would be a bit of a thing for me, so we didn’t get together after that for about three years.”

A few years later, the two ran into each other again at the Big in ’04 VH1 honors event.

“We saw each other and started talking, and that was it,” Ellen explained. “She opened up and said she’d been thinking about me. And it surprised me. It was a big deal for her to be seen with me. The very first time we were photographed together was when I joined her at the Golden Globes after-party. And that’s when everyone knew that we were together.”

Portia then went on share how being with Ellen helped her feel comfortable with being gay.

“I just got to a point where I chose love over anything else. This was a once-in-a-lifetime feeling,” Portia said, who married Ellen in 2008 after same-sex marriage was legalized in California.

“And Ellen really did help me through it just by being there and making me feel more comfortable about who I am — like there was nothing wrong with being gay,” Portia shared. “I think that’s the first time in my life I felt that was true.”

If you missed it, Ellen DeGeneres and Portia de Rossi showed off some cute PDA while out shopping!