Chelsea Houska took to Instagram to share a stunning new confident selfie that revealed her adorable baby bump as she showed off a flattering and stylish outfit.

Chelsea Houska, 29, is looking amazing in her latest pregnancy photo! The Teen Mom 2 star shared a brand new pic to Instagram on Nov. 7 that showed her standing in a mirror and proudly flaunting her baby bump while looking gorgeous. In the snapshot, she is wearing a black low-cut top under a long-sleeved denim button-down shirt, fitted black pleather leggings, and black knee-high boots.

The mother-of-three also had her long wavy locks down and showed off a necklace in the photo. She had on natural-looking makeup and held up her phone while taking the pic. Once it went public, it didn’t take long for her followers to comment with positive words.

“Good to see a cute momma and her bump vs allllll the negativity and politics. 💕,” one follower wrote. “The cutest mama,” a second one wrote while a third gushed, “You look amazing! 😍” A fourth called her “a good example for young girls” and others left her heart-eyed emojis. 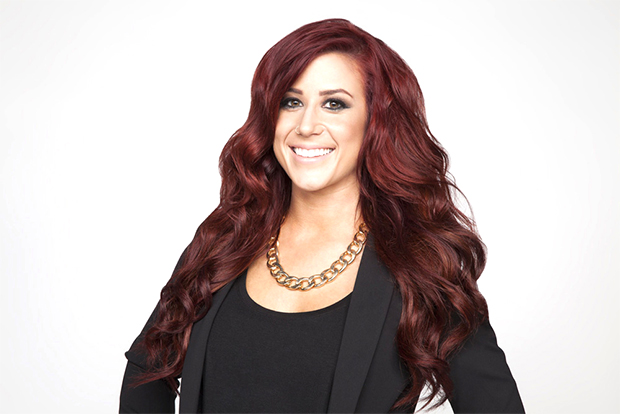 Chelsea’s most recent pic comes just a week after she made headlines over the news that she would be leaving Teen Mom 2 after its tenth season, which is currently airing. She reportedly concluded her filming during the season’s reunion, which was filmed on Oct. 29. Her dad, Randy Houska, took to Twitter to seemingly confirm that the news was true by writing, “Well kids that’s a wrap. Been a fun run. What’s next? Seriously tho, it’s been a part of [Chelsea]’s entire adult life. We all expanded our horizons and grew up as people. #NoRegrets. See y’all on the flip side.”

Teen Mom 2 producer Mandi and Chelsea’s co-star Leah Messer also seemed to confirm her departure on Twitter. “Over 300 flights…I don’t even know how many episodes and countless memories later, I’m so grateful for the Houska-DeBoer clan for letting me into their world and trusting me with their story,” Mandi wrote, to which Leah replied, “So sad but so happy for them all!”

Although her exit is bittersweet, Chelsea’s upcoming arrival is sure to keep her busy along with her other three kids, Aubree, 11, whom she shares with ex Adam Lind, and Watson, 3, and Layne, 2, who she shares with husband Cole DeBoer. Cole is also the father of her soon-to-be fourth bundle of joy. What Did Tony Vlachos Do With His 'Survivor: Cagayan' Prize Money?
World News