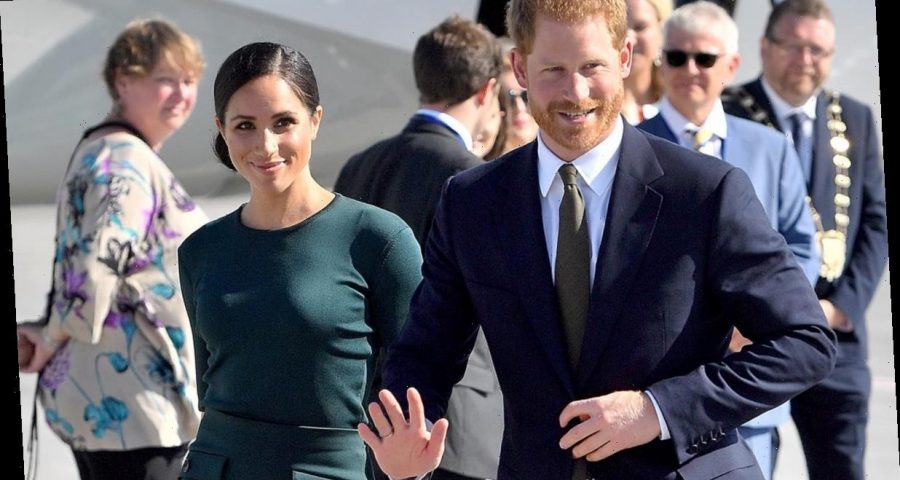 The Duke and Duchess of Sussex confirmed they’re expecting their second child this year, announcing the news on Valentine’s Day with a gorgeous black and white photo taken remotely by their friend Misan Harriman.

Prince Harry and Meghan stepped back from royal duties in March 2020 and moved to California, and while their second child is likely to be born in America, he or she won’t be the first royal baby to be born in the US.

Maud, now seven, is currently 51st in line to the throne behind her father. She was given a starring role as one of the bridesmaids at Princess Eugenie and Jack Brooksbank’s royal wedding in May 2018.

MORE: All the signs that hinted at Meghan Markle’s impending pregnancy announcement

Maud Windsor pictured next to Princess Charlotte at Eugenie’s wedding

The couple also have a younger daughter, Isabella, who was born on 16 January 2016 at Chelsea and Westminster Hospital.

Lord Frederick Windsor, 41, is the eldest child of Prince and Princess Michael of Kent. His younger sister, Lady Gabriella Windsor, 39, married Thomas Kingston at St George’s Chapel in Windsor in May 2019.

It’s understood that Harry and Meghan’s second child will be entitled to American citizenship as an automatic right if born in the US. The baby will also automatically be a British citizen because of Harry’s citizenship.

The tot will be eighth in line to the throne when he or she is born, and could be the Queen‘s tenth or 11th great-grandchild depending on if the baby arrives before Mike and Zara Tindall‘s third child.

Princess Eugenie and Jack Brooksbank welcomed a son on Tuesday 9 February and are still to announce the baby boy’s name. The couple were pictured leaving the Portland Hospital in London with their newborn on Friday.

Make sure you never miss a ROYAL story! Sign up to our newsletter to get all of our celebrity, royal and lifestyle news delivered directly to your inbox.