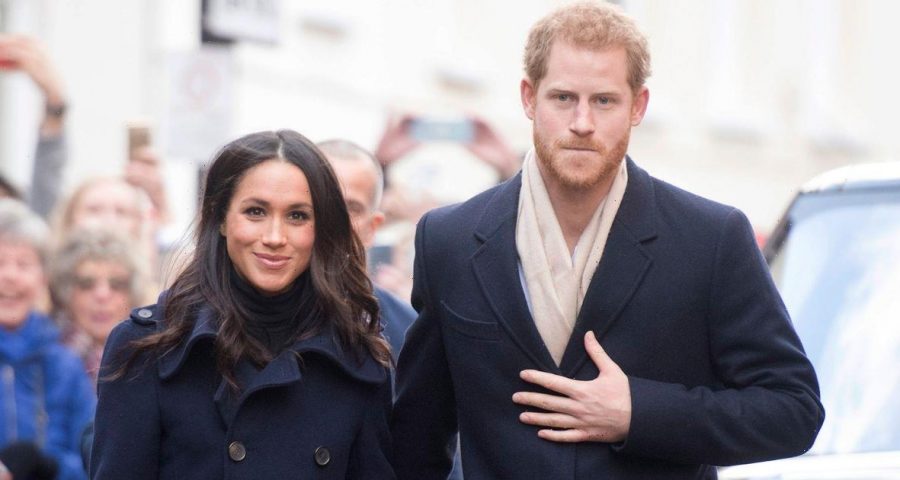 Prince Harry has likened his and Meghan Markle 's relationship to the one his mother Princess Diana had with Dodi Fayed as he revealed the extent of his wife's suffering.

The 36 year old was just 12 years old when Diana died following a car crash at the age he is now in September 1997.

Diana and her Egyptian film producer boyfriend Dodi, 42, were both killed in the Paris car crash as they enjoyed a holiday.

He has now opened up on his mental health struggles in a bombshell new series alongside Oprah Winfrey, named The Me You Can't See.

Harry candidly says in the five episode series: "My mother was chased to her death while she was in a relationship with someone that wasn't white, and now look what's happened.

"You want to talk about history repeating itself. They're not going to stop until she dies," he said of his wife, who is currently expecting the couple's second child.

The Duke of Sussex added how Meghan had confided in him about her own suicidal thoughts during her pregnancy with their first child, Archie.

How to watch The Me You Can't See on Apple TV+?

You can watch the new documentary series, produced by Prince Harry and Oprah Winfrey, by signing up to Apple TV+ streaming service here. The new show, which will air on May 21, explores mental health and emotional well-being and includes featured interviews from Lady Gaga, Glenn Close, NBA star DeMar DeRozan and others about their experiences.

You can subscribe to Apple TV+ instantly for £4.99 a month or try the free 7-day trial, but remember to cancel before the trial ends to avoid getting charged the full subscription fee. Apple is also giving away Apple TV+ subscriptions for free for one year when you purchase a new iPhone, iPad, iPod touch, Apple TV or Mac. Find out more about the offer by visiting tv.apple.com.

This article contains affiliate links, we may receive a commission on any sales we generate from it.Learn more

Discussing their trip to the Royal Albert Hall to attend the premiere of Cirque du Soleil's Totem, he said: "Earlier that evening she decided to share with me the suicidal thoughts and the practicalities of how she was going to end her life.

"The scariest thing for her was her clarity of thought. She hadn't lost it — she wasn't crazy or self-medicating, be it through pills or alcohol, she was absolutely sober.

"She was completely sane, yet in the quiet of night these thoughts woke her up.

"The thing that stopped her from seeing it through was how unfair it would be on me after everything that had happened to my mum and to now be put in the position of losing another woman in my life with a baby inside her, our baby."

Elsewhere in the series, which is streaming exclusively on Apple TV+, Harry accused the Royal family of "total neglect" during his and Meghan's mental health struggle.

He said: "Every single ask, request, warning, whatever it is, to stop just got met with total silence or total neglect.

"We spent four years trying to make it work. We did everything that we possibly could to stay there and carry on doing the role and doing the job."

Adding that he went into "fight or flight mode," he continued to tell how he was "all over the place mentally" and said the ages 28 to 32 were a "nightmare time in my life."

The full series of The Me You Can't See is available to stream on Apple TV+ now.