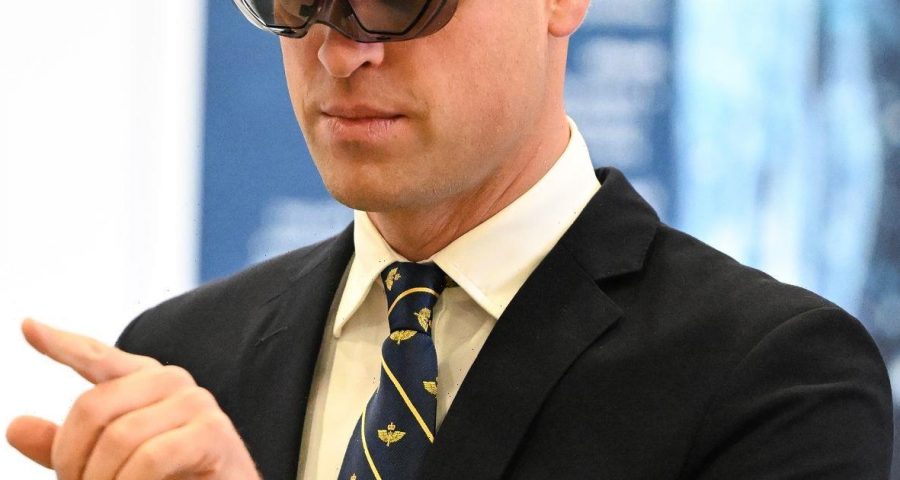 Prince William has arrived at RAF Coningsby to learn about the work needed to keep Typhoon jets in the air – and open a new boxing club.

The Prince of Wales is visiting the RAF base in Lincolnshire in his role as Honorary Air Commandant of RAF Coningsby.

The 40 year old royal, a former RAF search and rescue helicopter pilot, travelled to the facility by helicopter and was greeted by Group Captain Billy Cooper, commander of the base.

During the visit, William will spend time in the Air Traffic Control Centre to hear about Project Marshall, a multi-billion-pound equipment upgrade programme of air traffic control radar services across Lincolnshire.

On display will be new technologies used by ground crews from exoskeletons to virtual reality headsets, which allow the maintenance of Typhoon jets, flown by two Typhoon squadrons based at RAF Coningsby, to be carried out more efficiently.

The Prince will also visit and officially open the new RAF Coningsby Boxing Club situated in the heart of the base.

The Prince and Princess of Wales have both been on solo royal engagements this week.

On Thursday, Princess Kate toured a Ukrainian community centre that has been supporting families who have fled from the country following the Russian invasion.

During the visit, the 40 year old future Queen comforted a weeping mother who recalled her experience of leaving her home country after war broke out and then joined in with children taking part in an art session.

She also sympathised with a group of women, telling them: “It’s still all going on and you have loved ones and family in Ukraine, they still see the horrors of war every day.”

Kate said she was impressed by their “bravery”, adding: “You’re showing a resilience, I’m overwhelmed by how strong you all are.”

On Wednesday, Prince William travelled to Cardiff to meet with the Welsh Youth Parliament, where he heard about issues affecting the younger generation.

The Prince of Wales went on a brief tour of The Senedd – the Welsh Parliament – and met with politicians from the four parties represented there – Welsh Labour, the Welsh Conservatives, Plaid Cymru and the Welsh Liberal Democrats.

Kensington Palace said the visit was “in order to deepen his understanding of the issues and opportunities of greatest importance to the Welsh people”.

On Tuesday evening, actor Michael Sheen questioned whether William’s role as Prince of Wales was appropriate given his support of the England football team.

Mr Sheen’s comments followed William’s visit to the team’s training centre on Monday, where he presented them with their shirts for the World Cup in Qatar.

The 53 year old actor tweeted: “He can, of course, support whoever he likes and as Pres of FA his role makes visit understandable – but surely he sees holding the title Prince of Wales at same time is entirely inappropriate?

"Not a shred of embarrassment? Or sensitivity to the problem here?”