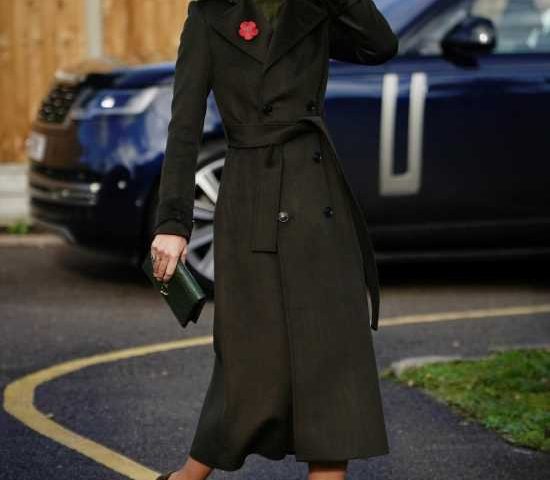 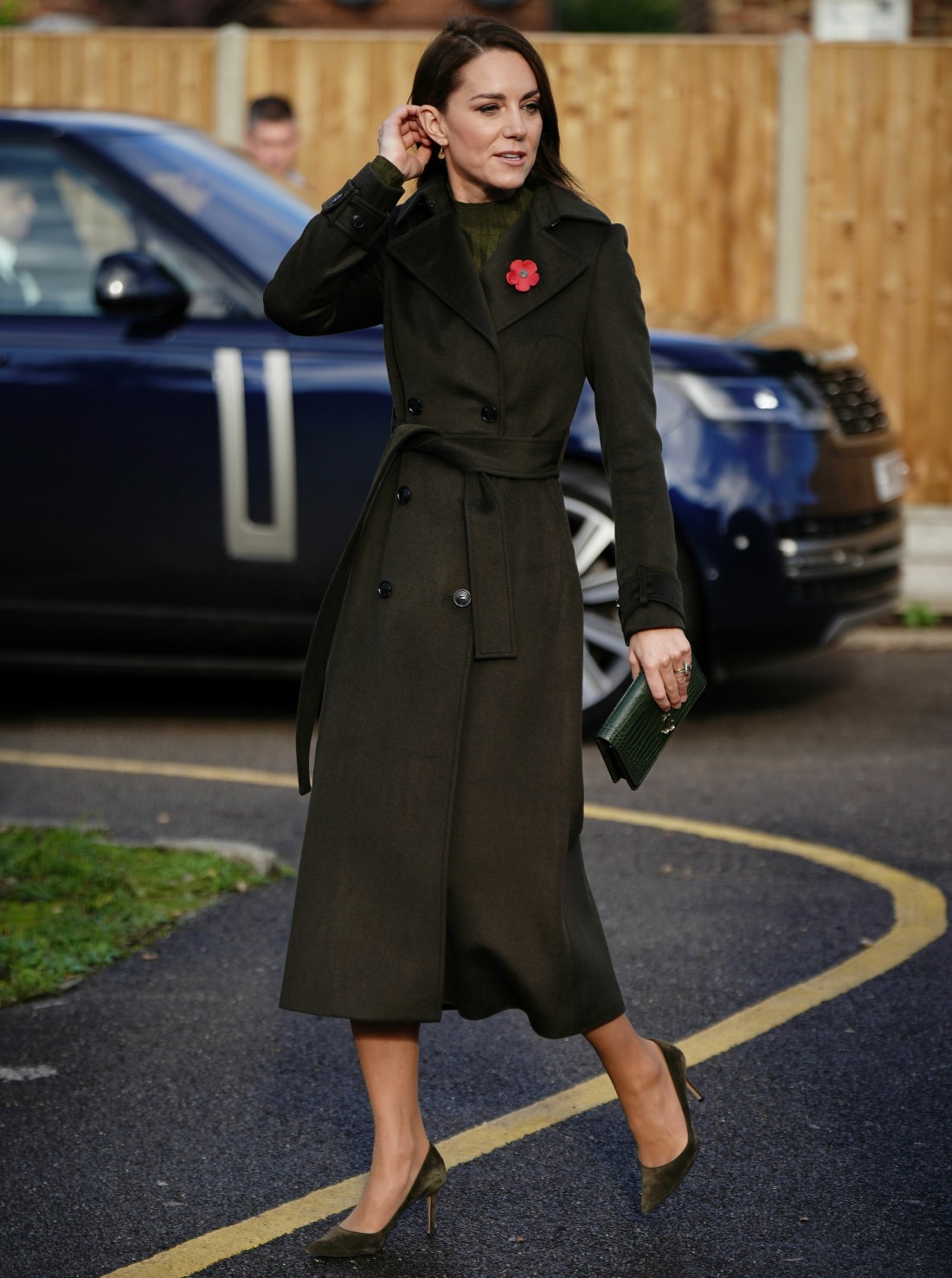 It’s so weird that the Princess of Wales has done one public event in the past month and suddenly she’s making a surprise outing today, the same day The Crown Season 5 dropped on Netflix. That’s not a coincidence. I doubt it was Kate’s call, however. This feels more like King Charles ordering his lazy daughter-in-law to go out and do an event, do anything to change the headlines away from The Crown. Good luck to the Windsors on that very obvious play! Even the Daily Mail noted in their coverage of Kate’s event today that The Crown was released today and it has “sent shockwaves” through the royal household. LMAO.

Kate wore a dark olive coat by Hobbs, which retails for £369. She paired it with “a £625 Jimmy Choo bag and £550 pearl drop earrings from designer Kiki McDonough.” I actually like the coat a lot, and I’ve always thought that Kate looks good in really dark, saturated colors like burgundy, olive and navy. The way she’s wearing the coat though, with the belt loosely tied, it’s reminding me of someone! Gee, I wonder who. 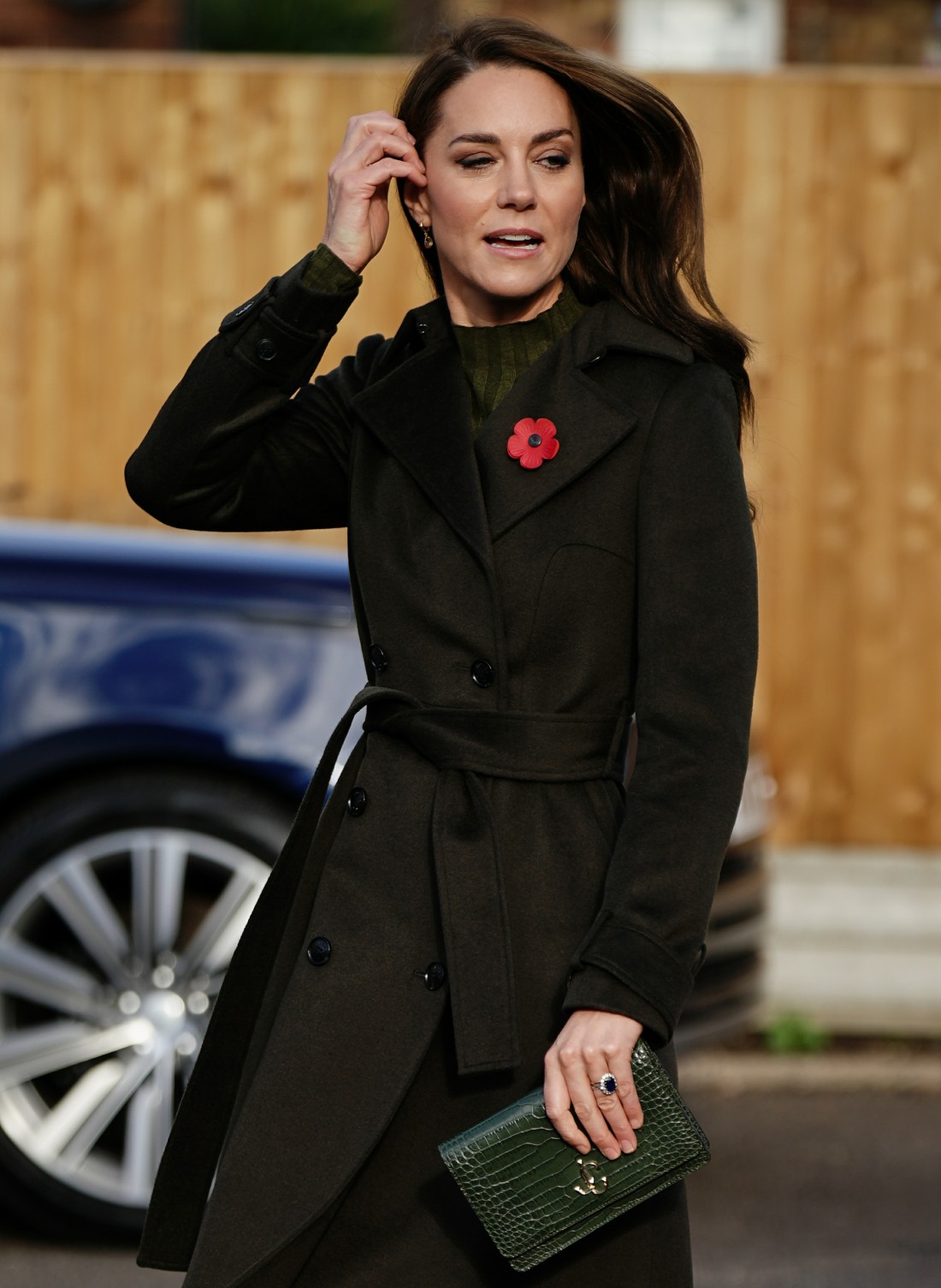 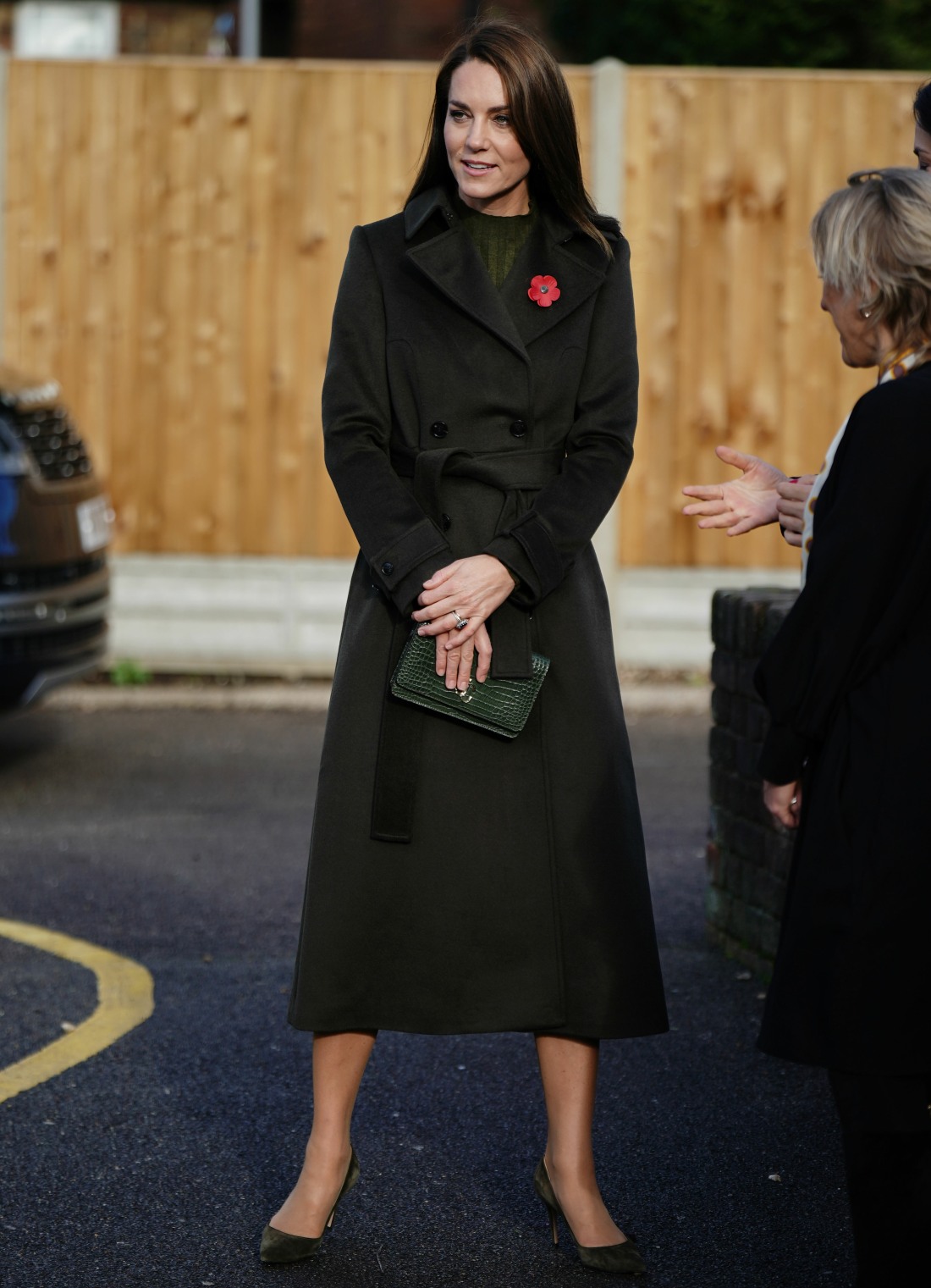