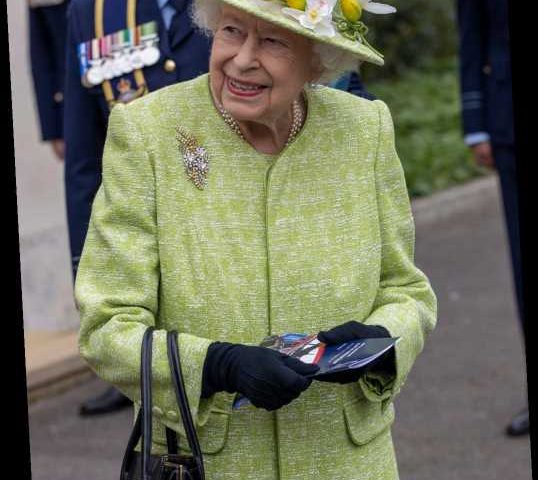 The 94-year-old monarch received both doses of the COVID-19 vaccine before her first public appearance of the year on Wednesday, according to reports. The Queen stepped out without a face mask to mark the Centenary of the Royal Australian Air Force at the CWGC Air Forces Memorial in Surrey, a short drive from Windsor Castle.

While Buckingham Palace confirmed in January that both the Queen and her 99-year-old husband, Prince Philip, received their first doses, they said they would not be making any additional announcements regarding their second shot. In a video call released in February, the Queen spoke about the vaccination using the British colloquialism "the jab."

Get the premiere issue of PEOPLE Royals for glamorous new photos and inside stories royals fans haven't seen or read elsewhere! Subscribe at peopleroyals.com/launch

"It was very quick, and I've had lots of letters from people who have been surprised by how easy it was to get the vaccine," she said in the call with health leaders from the four nations that make up the U.K. "And the jab — it didn't hurt at all." Can't get enough of PEOPLE's Royals coverage? Sign up for our free Royals newsletter to get the latest updates on Kate Middleton, Meghan Markle and more!

Prince William said he is proud of the example his grandparents are setting for their British citizens while speaking with frontline workers and volunteers from across the U.K. via a video call about the country's COVID-19 vaccination rollout in January.

"My grandparents have had the vaccine and I'm very proud of them for doing that," William, who tested positive for COVID-19 last year, said. "It's really important that everyone gets their vaccine."