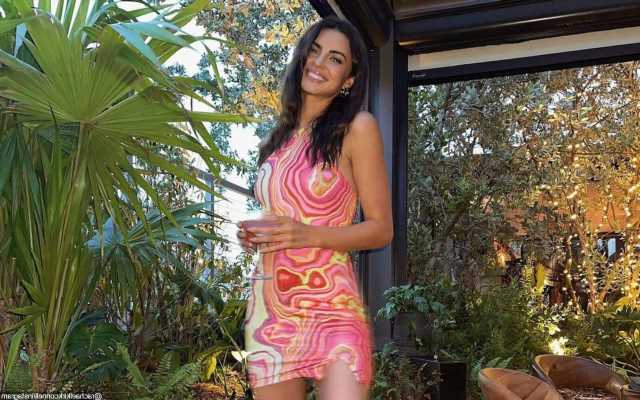 She also recalls how the pics featuring her attending an antebellum plantation-themed fraternity formal caused tension between her relationship with Matt James, who is black.

AceShowbiz –Rachael Kirkconnell got candid about how she dealt with controversial resurfaced photos of hers that landed her in hot water. During her appearance on From Privilege to Progress’ “Unscripted Live”, the former contestant of “The Bachelor” recalled how she was actually pressured to stay silent.

“I had a lot of people in my ear saying, ‘You’ll have your time. Don’t make it worse. You’ll have your time to speak. We’ll give you a platform. Just wait it out,’ ” Rachael told co-hosts Michelle Saahene and Melissa DePino on Monday, August 30. “I felt pressure to just keep it all in, to wait, to stay silent.”

The girlfriend of Matt James ultimately chose to post an apology on her Instagram account. “I finally decided to put that statement out and then obviously that wasn’t enough because it’s not actually a conversation,” she explained. “Anyone could have written that statement, which a lot of people had thought. I didn’t even have any sort of representation at that point. People were like, ‘Wow, her publicist did great with this.’ That’s when I was like, it’s not enough.”

She also recalled how the controversial picture featuring her attending an antebellum plantation-themed fraternity formal back in 2018 caused tension between her relationship with Matt, who is black. “That was our breaking point at that point for both of us and that’s when we had split up right towards the end of February and that same week, I was like I have nothing left to lose at this point so that’s when I just decided to post an IGTV of me just speaking,” Rachael shared. “I have to get my voice out there and put my face out there.”

Rachael claimed that the headlines were “twisted,” though she acknowledged she was in the wrong. “That dress and the history of that formal was racist and I was completely ignorant to that and I needed to be held accountable for that,” so she said. “I wanted to apologize and for some people, that won’t be enough and I completely understand that. People are more than entitled not to forgive me, but that was my rock bottom. I had lost everything.”