Rachel Riley, 33, informed her 637,000 Twitter followers about her “worries” over who will take control of the Conservative Party next following Theresa May’s resignation. The Countdown presenter first addressed the news by sharing a GIF of Boris Johnson, 54, playing a game of football, which showed the politician tackling a rival from the opposing team. She captioned the post: “Please never PM Boris”. The star’s tweet prompted one of her fans to mention Labour leader Jeremy Corbyn, 69, as they replied: “Better than Corbyn…”

Rachel spotted the response and took the opportunity to air her thoughts on the comparison between the two.

She wrote: “My worry is Boris as PM would drag us all down deeper.

“Why bother sorting out your own institutionally racist Labour Party if the Conservatives pick a leader with a long history of his own racist comments.”

Both Boris and Jeremy have faced criticism for racism in recent years.

Boris caused outrage last year when he said Muslim women wearing burkas “look like letter boxes”, while Jeremy has been accused of allowing antisemitism to continue in the Labour Party.

Rachel’s fans were quick to join in on the debate, sharing their opinions on who should replace the PM in the comments section of her tweet. 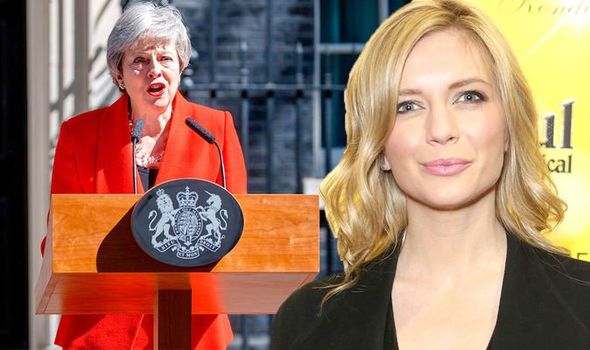 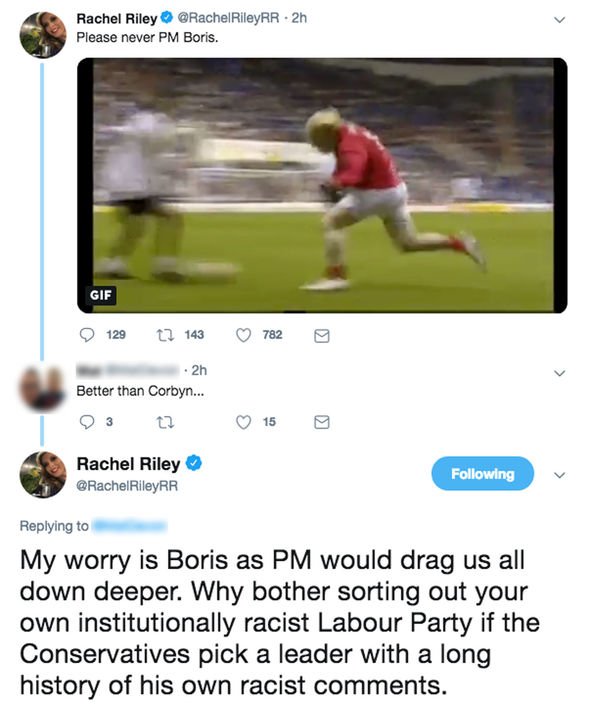 One responded: “I agree. Sadly even if/when we get all the racism issues sorted across all parties, we will still be in a situation where the political establishment as it stands isn’t fit for purpose.”

Another added: “Most of us agree that Theresa May wasn’t our greatest PM but I do feel she has taken more criticism than she deserved overall. Many other politicians have a lot to answer for that’s for sure! I have my concerns with regard to Boris but who do you think could do a good job?”

A third jokingly referenced Rachel’s love of football club Manchester United, replying: “I think we should appoint Ole Gunnar Solskjaer as PM… (but only as a caretaker role!)”

A fourth wrote: “Imagine a time… Johnson as PM and Trump as president?? Get me off this planet!!”

A fifth Twitter user commented: “Isn’t it sad we don’t have a viable option for PM, how did it get to this??” 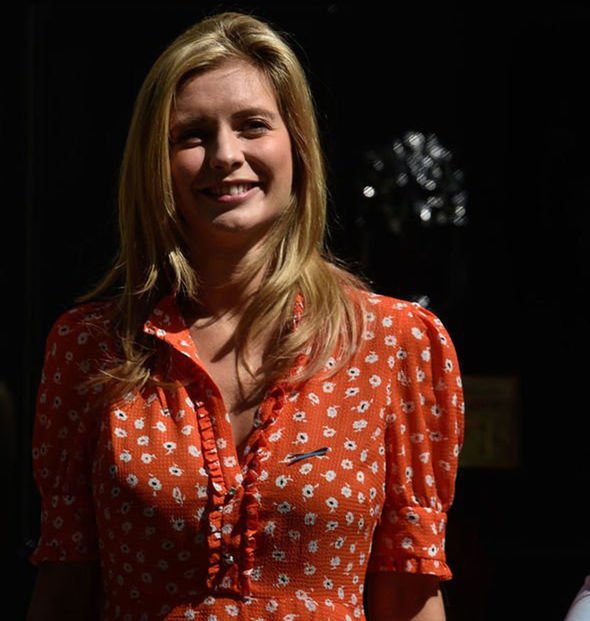 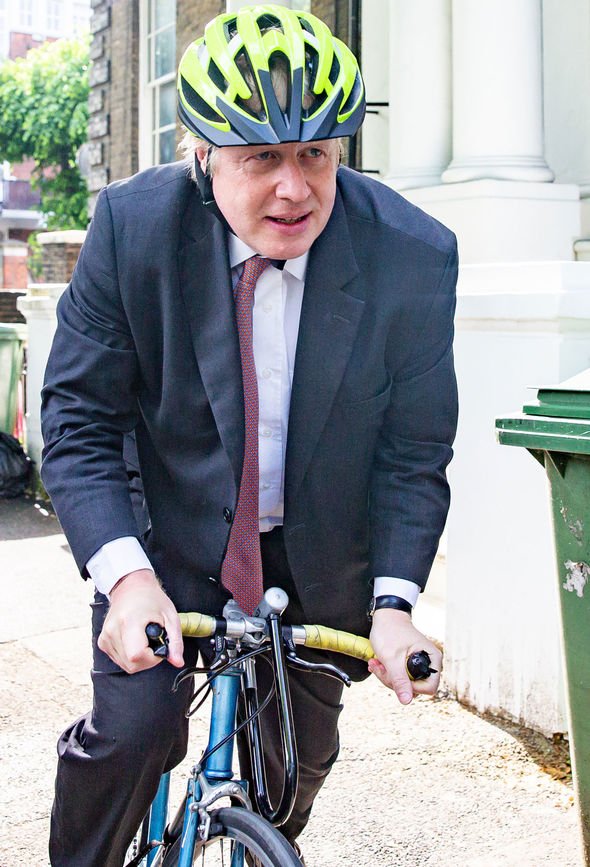 Recently, Rachel spoke out about Jeremy Corbyn and antisemitism allegations made against the Labour Party in the May issue of British GQ.

The former Strictly Come Dancing contestant, who considers herself to be a non religious Jew, told the publication: “I couldn’t give a monkey’s if he is anti-Semitic or not himself.

“Because the environment he seemingly supports and is encouraging, the stuff that people are claiming to do in his name, is vile.

“So, for me, whether he says he’s an anti-Semite or not, he’s allowing this to happen. He’s condoning it, in my view.

She continued: “I couldn’t care less that he has friends who are Jewish, or he doesn’t think he’s an anti-Semite.

“It means nothing to me, as he, deliberately or not, is fostering an environment that’s just really hostile to Jews.”