Rascal Flatts singer Gary LeVox is clearing up some confusion surrounding his previous comments about the Christmas Day bombing in Nashville.

Authorities over the weekend identified the suspect as 63-year-old Anthony Quinn Warner, who died after he detonated a bomb in downtown Nashville in the early morning hours of Dec. 25.

Days following the explosion, LeVox, 50, raised eyebrows when he seemed to peddle a conspiracy theory that circulated online, questioning if the bombing was actually a "missile attack" that intended to halt AT&T from auditing voting machines. In his since-deleted post, LeVox shared screenshots from a video that pushed this theory. Along with the pictures, he wrote, "NASHVILLE MISSLE ATTACK. The RV is in left circle. The circle on right is the IMPACT SiTE! HMMMMM???? It will b interesting to see what cover up happens with this crap! Let's see what they come up with. What are your thoughts?"

LeVox spoke to Rick Daniels, host of "Big Rick in the Morning" on Wednesday to discuss his controversial post, where he insisted he was simply "asking questions" rather than jumping to his own conclusions.

"So one of my friends had sent me the video. I took a picture of that. It shows where the lunatic's RV was," LeVox explained. "I was like, wait a minute. There's the RV and there's the source of the explosion. I don't know anything about explosions but it did raise a question to me, like, 'Hmm?'"

LeVox went on to claim he is "the last political conspiracy theorist person on the planet" but had initially contemplated the theory because it was sent to him from a friend he trusts.

The singer then insisted that the intention of his post was to see what the public was thinking.

"I just wanted to hear what everybody else thought. I'll tell you what Big Rick, I've never seen so much hate," LeVox said. 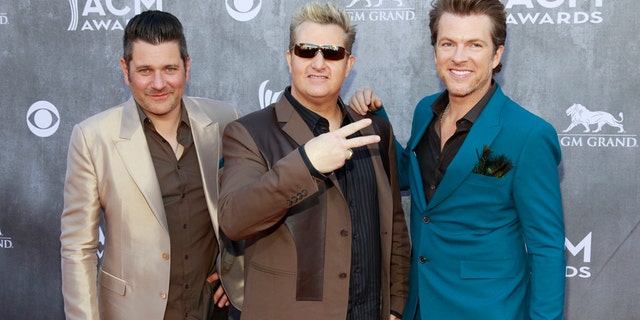 In terms of LeVox's claim that there may have been some kind of "cover up," the band member hinted that 2020 has left him with a lot of doubt considering the various restrictions and responses related to the coronavirus pandemic.

"Nothing seems to be at face value in 2020 anymore," LeVox said. "Look how long we've been dealing with the pandemic. Do you wear a mask? Don't wear a mask? It's been a whole year of questions so when this thing happened in Nashville, which was Christmas morning when we woke up, I was like, 'Let's see how they try to cover this up.'"

The FBI released new photographs on Tuesday showing the aftermath of a Christmas Day blast. Photos show the skeleton of a destroyed vehicle and law enforcement agents scouring the scene for any useful evidence to answer lingering questions in connection with Warner’s actions and his motive behind the attack.

The blast went off shortly after an audio recording blared from his recreational vehicle warning passersby that a bomb would detonate in minutes, followed by Petula Clark’s "Downtown."

A number of country stars and professional athletes based in Nashville reacted to the terrifying blast on Christmas morning, and on Tuesday, Clark told Fox News she was in "shock and disbelief" at the despair brought forth by the blast.