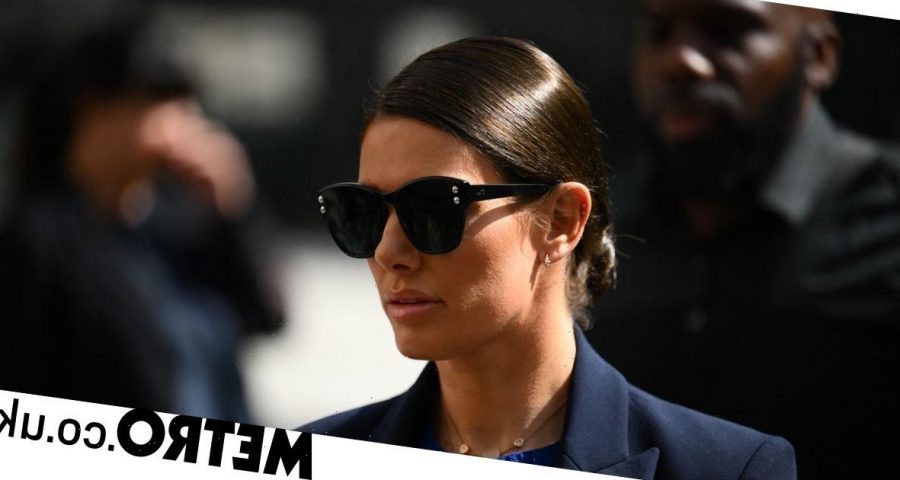 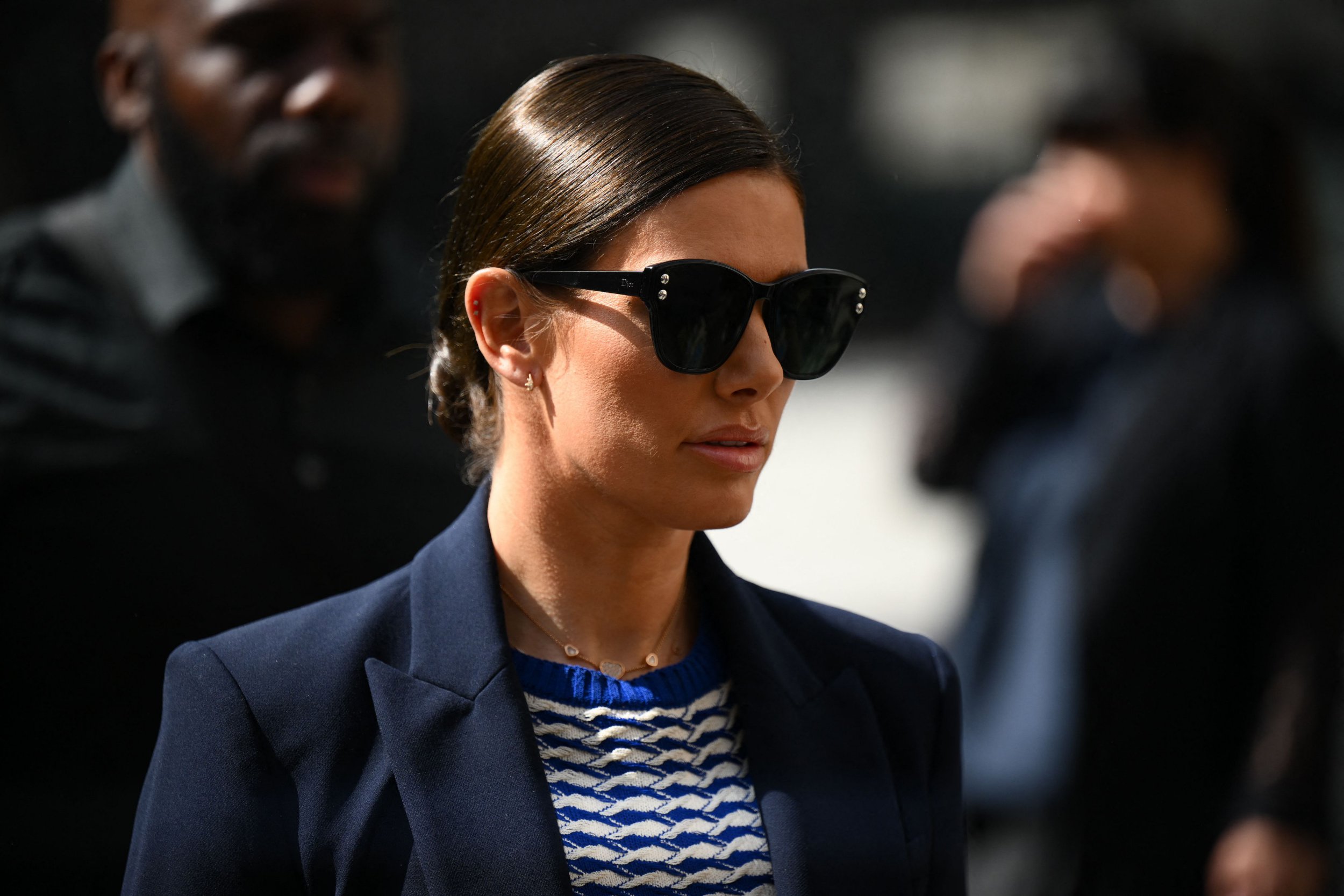 Mrs Vardy, 40, denies leaking stories to the media and is suing Mrs Rooney, 36, for libel, while Mrs Rooney – who is wife of former England footballer Wayne Rooney – is defending the claim on the basis her post was ‘substantially true’.

As proceedings got underway earlier today, the court was reminded that Mrs Vardy’s agent Caroline Watt said during an earlier preliminary hearing that her phone had fallen into the North Sea.

The courtroom burst into laughter as the judge explained to Mrs Vardy that it was an idiom referring to the resting place of sailors who drowned at the bottom of the sea.

Youngsters today may be more familiar with the term from the Pirates of the Caribbean franchise, which features a character named Davy Jones who is a tyrannical captain and dark lord of the Seven Seas.

Mr Sherborne had read reported text messages between Mrs Vardy and Ms Watt, where the agent told the TV personality: ‘I would have tried to have done a story on Coleen but the evidence has been deleted.’

Ms Watt allegedly continued: ‘Halls is trying to do a story on Coleen crashing her car but her PR won’t even reply. I’ve told him I’m 100% confident that it happened but don’t know how.’

Questioning Mrs Vardy, Mr Sherborne said: ‘You didn’t object at any stage to the fact that Ms Watt is plainly passing on information from Mrs Rooney’s private Instagram account to Andy Halls.’

Mrs Vardy said The Sun already had the information, adding: ‘I didn’t think she was passing on any new information.’

For the second time this week, Mrs Vardy began to cry in the witness box during her cross-examination over whether she had seen a so-called ‘flooded basement’ post, which was one of the Instagram stories Mrs Rooney claims were only seen by Mrs Vardy’s account during her ‘sting operation’.

Mrs Vardy had told the court earlier that she did not recall seeing the Instagram post, but Mr Sherborne brought to her attention a letter from Mrs Vardy’s solicitors which said she did remember seeing it.

The barrister said: ‘Your solicitors admit, because you told them, that you had seen the flooded basement post but you just told us some two and a half years after the event that you didn’t recall it.’

‘There was a lot of abuse during that time,’ Mrs Vardy replied before she started to cry in the witness box.

Mr Sherborne suggested a short break, and as the judge left the room, a tearful Mrs Vardy put her head in her hands on the desk.