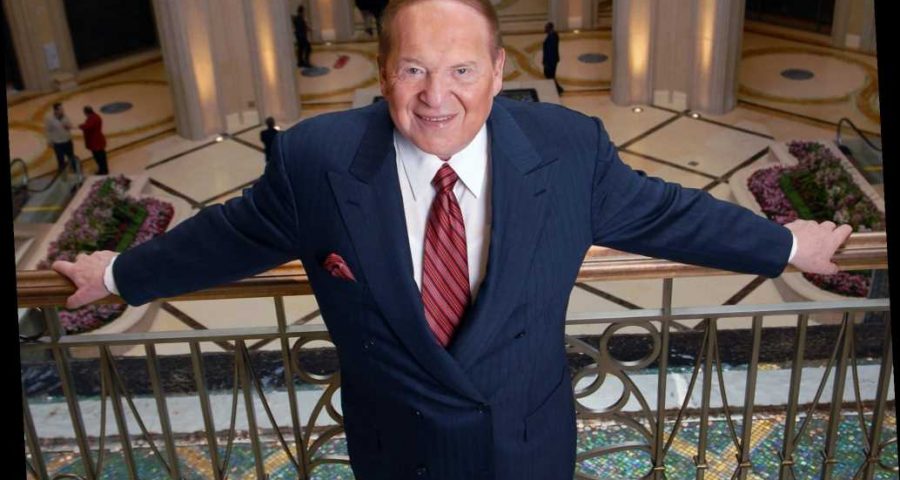 The multibillionaire casino owner and prominent donor to the Republican Party died on Jan. 11. He was 87.

His casino and resort destination Las Vegas Sands announced the news, confirming that Adelson died from “complications related to treatment for non-Hodgkin’s Lymphoma.” There will be a funeral held in Israel, with a Las Vegas memorial service at a later date. According to Forbes, he was worth $35 billion. The outlet added that in 2018 alone, he donated some $123 million to Republican PACs and campaigns.

“He will be missed by people from all parts of the world who were touched by his generosity, kindness, intellect and wonderful sense of humor,” the Sands staff said in a press release. Loud, the matriarch of one of television’s first-ever reality shows — the 1973 PBS docuseries An American Family — died on Jan. 10. She was 94.

Her family announced her passing with a statement on Facebook, disclosing that she died of natural causes.

“With inconsolable sorrow, we are sad to share the news with friends and family that on Sunday, January 10 at 1:55 p.m. PT, Pat Loud passed away peacefully in her sleep of natural causes,” the statement read. “She was snuggled up safe in her comfy home, attended by loving children Michele, Delilah, Kevin and Grant.”

Born in Eugene, Oregon, Pat studied world history and English literature at Stanford University. After graduating in 1948, she returned to her hometown, where she met and then married William (Bill) Carberry Loud. Their family went on to star in the groundbreaking 1973 docuseries, which followed their everyday lives in Santa Barbara, California. Reilly’s daughter, social media personality Caitlin Reilly, announced the news of her father’s death on Instagram. A cause of death was not disclosed.

“I honestly don’t know what I’m going to do, but I know he’ll be with me,” she added. “I love you forever Daddy.”

A Chicago native, Reilly started acting in the 1960s with guest-starring roles on Death Valley Days, Apple’s Way and Gunsmoke. In 1984, he starred in six episodes of Dallas as Roy Ralston. He then went on to portray WSB agent Sean Donely in General Hospital for 11 years. The country icon died of natural causes on Jan. 8, PEOPLE confirmed. He was 81.

Bruce had several hit songs over the course of his decades-long career, including all-time classic “Mammas Don’t Let Your Babies Grow Up to Be Cowboys,” which he co-wrote with his then-wife Patsy Bruce before the pair split in 1987. In 1982, he released “You’re the Best Break This Old Heart Ever Had,” featuring Lynn Anderson, which charted for 21 weeks and landed at No. 1.

That same year, Bruce co-starred in TV series Bret Maverick, alongside James Garner. The late icon also appeared in many fan-favorite shows, including Walker, Texas Ranger and The Chisholms. His music has earned him 35 Billboard spots, including six Top 10 hits. According to the website Cartoon Brew, which first reported the news, Creek died following complications from a skydiving incident.

The Fox series issued a statement confirming the news.

“We are heartbroken at the tragic passing of Dave Creek, an extraordinary artist who had been with Bob’s Burgers from day one,” read the statement, signed by 20th Television, Fox Entertainment and Bento Box Entertainment. “He was not just an incredible talent but a beautiful person as well, and our hearts go out to his family, friends and all his colleagues at the show who loved him and are grieving today.”

According to his IMDb page, Creek — a graduate of  the California Institute of the Arts — also contributed to the animation for a number of other shows, including Central Park, Brickleberry and Happiness Is a Warm Blanket, Charlie Brown. The actor, best known for his role as nurse Malik McGrath on the medical drama ER, died on Jan. 7, his brother Emmery Thompson announced on Instagram. He was 55.

“My Big Brother! God is with you. I will miss you. #deezerd,” Emmery captioned a series of photos, which featured family snaps and pictures of the late actor and musical performer’s career highlights.

Thompson, born Dearon Thompson, was found unresponsive at his Los Angeles home on the morning of Jan. 7, according to TMZ. An official cause of death has not been determined, though another brother of his, Marshawn, told the outlet they suspect he had a heart attack. He was transported to the hospital, where he was ultimately pronounced dead at 10:57 p.m. He was 93.

Lasorda, who began as a pitcher before taking on the role of manager of the Dodgers from the 70s to 90s — had just been discharged from the hospital two days prior after being hospitalized in November for an undisclosed medical issue, ESPN reported.

In total, Lasorda was with the Dodgers organization for 71 seasons, including 14 as a special advisor to the chairman. The Broadway and Police Academy actress died on Jan. 7 at 73.

Ramsey died at her home in Los Angeles, according to The Hollywood Reporter.

“Marion carried with her a kindness and permeating light that instantly filled a room upon her arrival,” her agency Roger Paul Inc. wrote in a statement obtained by THR. “The dimming of her light is already felt by those who knew her well.”

The actress is best known for her performance as Officer Laverne Hooks in the Police Academy film franchise, beginning with the 1984 film Police Academy starring Steve Guttenberg, Kim Cattrall and G.W. Bailey and including several role reprisals.

Ramsey — a long-time advocate for HIV and AIDS awareness, according to Variety — was also known for her Broadway performances in shows like Hello, Dolly and the Los Angeles production of Little Shop of Horrors. She appeared in the production of Miss Moffatt with Bette Davis, as well as Harold Prince’s Grind and Eubiel, according to THR. The founder of Sandals Resorts International died on Jan. 4, multiple outlets reported. He was 79.

According to the New York Times, his death was confirmed in a statement by his family, who shared that his death was related to a “recent medical diagnosis” that Stewart had kept private. He died in the United States.

A lifelong entrepreneur — he started out selling and installing air-conditioners — Stewart created the Sandals Foundation in 2009, to support local construction of schools and access to health care. Among the numerous awards and distinctions he received over the years was the Order of Jamaica. The New York Times bestselling author, who rose to prominence for his work about contemporary Black life, died of cancer on Jan. 3. He was 59.

Prior to his writing career, Dickey earned a degree in Computer System Technology at the University of Memphis and worked as a software developer in the aerospace industry, according to his website.

He moved to Los Angeles in 1983 to pursue a career in engineering, but found himself drawn to writing and comedy. Starting with scripts for his personal comedy act, he went on to write poetry and short stories before releasing his debut novel Sister, Sister in 1996.

His novels Chasing Destiny, Liar’s Game, Between Lovers, Thieves’ Paradise, The Other Woman, Drive Me Crazy, Genevieve, Naughty or Nice, Sleeping with Strangers, Waking with Enemies and Pleasure all landed spots on The New York Times bestseller list. The writer and director — who was the daughter of King World Production’s Roger King — died following a three-year battle with lung cancer on Jan. 3. She was 35.

“AnnaRose had a playful spirit and profound love and caring for others. Her friendships spanned continents and were close and enduring,” a statement from her family read. “AnnaRose worked hard, lived fully, loved to travel around the world, and generously hosted friends and family at her beloved home in Sherman, CT.”

King directed a total of seven films, per her IMDB page, and was selected as a 2020 Sundance Institute FilmTwo Fellow thanks to her original screenplay about a young woman who participates in an experimental treatment program to treat her incurable cancer.