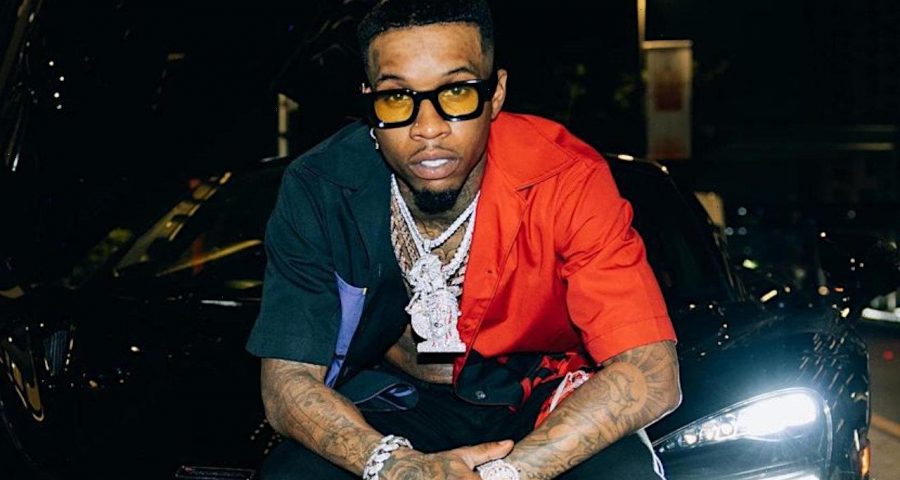 According to a new report, the ‘Stupid Again’ rapper was stopped by TSA at an airport in Las Vegas on Sunday, May 1 after a ‘large’ amount of marijuana was found in one of his bags.

AceShowbiz –Tory Lanez faced another trouble with law. The Canadian rapper was detained at the airport in Las Vegas for carrying weed in his bag, according to a report.

TMZ stated that the “Stupid Again” rapper was stopped by TSA at an airport in Las Vegas on Sunday, May 1 after a “large” amount of marijuana was found in one of his bags. According to the report, the hip-hop star was detained at the airport but was eventually let go after the authorities confiscated the federally illegal drug.

It should be noted that while marijuana is legal in Nevada, it’s still not legal under federal jurisdiction. That means people can’t fly with it.

The “Jerry Sprunger” rhymer, whose real name is Daystar Peterson, has yet to comment on the report. He, however, appeared to have made the incident into a bussiness opportunity. Having missed the plane, he’s set to perform at Drai’s on Sunday night.

“Judge David Herriford heard nearly an hour of argument about Lanez’s tweets and said some ‘seem to be clear messages’ to Megan,” the reporter added in a separate post. “He added [a] new condition to Lanez’s release that he’s ‘not to mention the complaining witness in this case in any social media.’ Trial date set for 9/14.”

The rapper was eventually released after posting $350,000 bail. “Bail bondsman just left after posting the new $350,000 amount, an increase from $250,000. Lanez should be released soon. His father still waiting outside [the] courtroom. This all happens in [the] courthouse,” Nancy added.