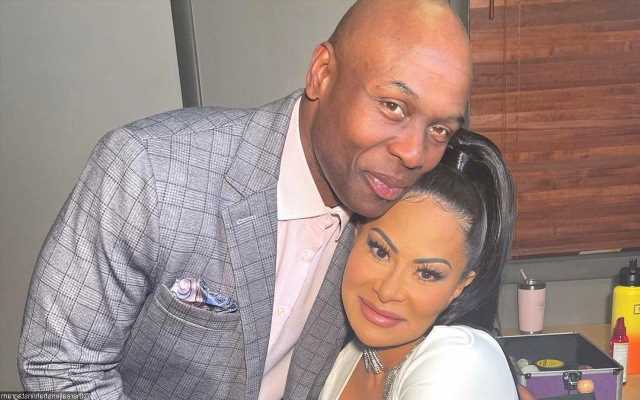 The reality TV star admits in season 2 premiere of ‘RHOSLC’ that she and her husband Sharrieff Shah go to seek help from couples therapy as things are ‘really rough’ for them.

AceShowbiz –Jen Shah got candid about her marital issues in season 2 premiere of “The Real Housewives of Salt Lake City“. The reality TV star admitted that she and her husband Sharrieff Shah went to couples therapy as things were “really rough” for them.

“I thought that my entire world was ending. Six months ago, Sharrieff and I almost got a divorce,” Jen told co-star Lisa Barlow. “Really, I thought my life was, like, over. Sharrieff felt like he wasn’t being a positive influence in my life. Like, he couldn’t help me.”

She went on to say, “What I didn’t realize was how I was acting and because I hadn’t fully told him how I was feeling, it made him feel like he was the problem.”

Of her football coach husband, Jen added, “So he was like, ‘Okay, I have to leave.’ And at first, I thought, okay, this is just an argument. And then the next day, a divorce attorney contacted me. He had already reached out to a divorce attorney. And Lisa, I was devastated.”

When asked about “the catalyst” for their issues, Jen explained, “After my dad passed and he wasn’t there, I didn’t realize this but I was being resentful to Sharrieff, and I didn’t even know I was.” She continued, “It’s hard, like, being a coach’s wife in a power five conference. People don’t understand, this is not little league. I told Sharrieff I signed off on him being a coach. … I can’t be upset with him because I told him to do this.”

She decided she want to save her marriage to Sharrieff, whom she has been married to for 26 years. “And now we’re in couples therapy. We want to be together,” Jen, who shares sons Omar and Sharrieff Jr. with the coach, admitted. “I was like, ‘Yo, no one’s leaving nobody in this marriage. You can try, it’s not working.’ ” Jen noted that she was feeling “happier” now.