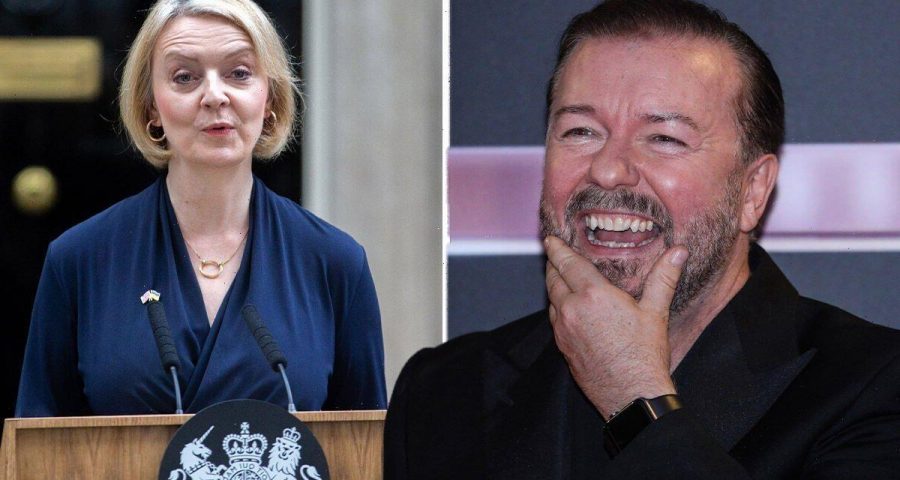 Ricky Gervais, 61, has taken to his Twitter account which boasts 15.1 million followers to share his opinion on the recent political developments. The After Life star first made his opinions known after jokingly putting himself forward to be Liz Truss’ successor. Leading the way for many celebs to make the same joke, Ricky has now said that he could sort out the world within a matter of days with his “great political opinions”.

After another turbulent day in politics, Ricky shared a picture of himself and his believed cat Pickle. Seemingly unrelated to politics, the star wrote: “I’ve got some great political opinions that could sort the world out in days.

“But I don’t want to upset anyone or cause any arguments, so here’s a cat.”

The popular comic quickly got support on his tweet, gaining 12,400 likes with many others taking to the comments section to laugh along with Ricky and share comical pictures of their pets.

One user, Martha Diomy, got in on the joke sharing an image of her dog. In the caption she jested: “I’m running for PM Mr Ricky… any chance of a vote please..?

“My manifesto includes equality for Dogs AND Cats (I know… even if they take the piss out of us a bit… especially when they jump on the fence and they know we can’t reach them!)” (sic)

With loads of fans sharing pictures of their furry friends, others went along with the joke, spurring on Ricky and his ability to poke fun at some of the world’s most serious issues.

And another said: “Ok, I’m thinking the House of Commons should just consist of you and around 50 cats and dogs. More would get done and political livestreams would be far more entertaining.”

More recently Ricky tweeted again, detailing some of the policies he would make if he ever became PM.

In response to fan Michael J. Caruso who asked: “What will be your first act as Prime Minister?”

Ricky replied: “I’d sign a contract to say I couldn’t profit from any financial decisions.

“The contract would be for six months and then I’d resign, however well or badly I was doing.

“I’d pick my cabinet from the best candidates from all parties. Best idea wins.”

Ricky’s response came after he jokingly tweeted yesterday that him becoming the Prime Minister wouldn’t be “weird”.

Shortly after Liz Truss made the statement outside Downing Street confirming her resignation, Ricky posted a photoshopped image of himself outside the famous door.

Captioning the image Ricky wrote: “And it wouldn’t even be in the top 10 weirdest news stories of the year.”

Ricky’s comedic timing thrilled fans, who once again took to the comments section expressing their hilarity at the tweet.

User Tonyh_sladegreen wrote: “Least we’d get rid of the b**t and see some plain speaking… got my vote.”

And another, Lewis__coombes added: “You’d set the country straight within a week!”