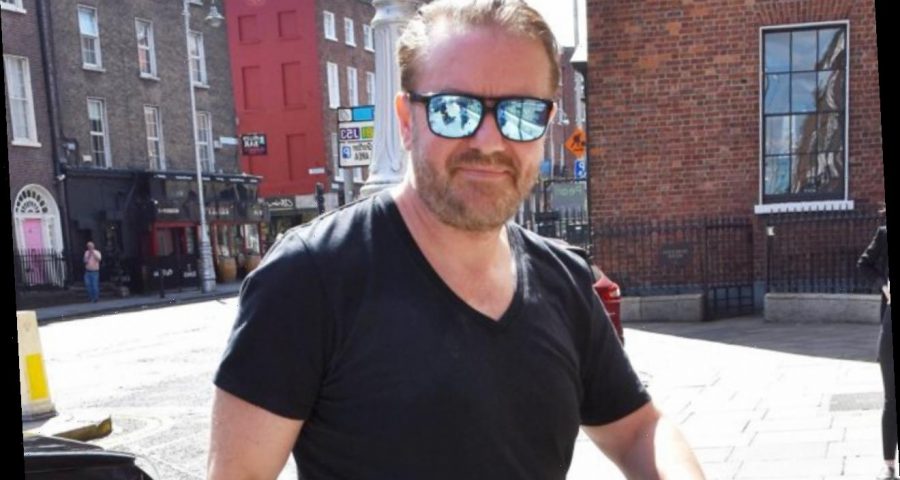 During an appearance on ‘The Tonight Show Starring Jimmy Fallon’, the former star of ‘The Office’ admits to having been invited to perform a 15-minute set for billionaires.

AceShowbiz –Ricky Gervais turned down the chance to become the first comedian to perform a stand-up show in space, because he didn’t fancy the risk of an out-of-this-world gig.

“The Office” star was invited to perform a 15-minute set for billionaires on one of the first commercial trips to space but declined.

“It was like a group of billionaires and they offered me the chance to be the first comedian to do a stand-up show in space,” he recalled. “I went, ‘No, I am not going to risk it. I am careful crossing the road.’ “

Ricky also felt no one on board would be interested in what he had to say.

Speaking on “The Tonight Show Starring Jimmy Fallon“, he added, “These people have paid $300,000 (£220,000) to go into space and have a look around. And then they go there and it’s Ricky Gervais doing 10 minutes. They can watch me on YouTube.”

“And now they have blown three hundred thousand? Look out the window.”

He added, “That is the other thing when they say, ‘Let’s go into space…’ We are in space now, right in the middle. There is nothing you can see up there that you cannot see from here. It is like me getting out of my chair and walking over there and saying I can see the chair from there – but you were in the chair.”

Apparently not interested in the idea of space exploration and skeptical about new discovery, the comedian said, “People think we might find a new planet. Where is this planet? It’d take you about 1000 years to get there.”