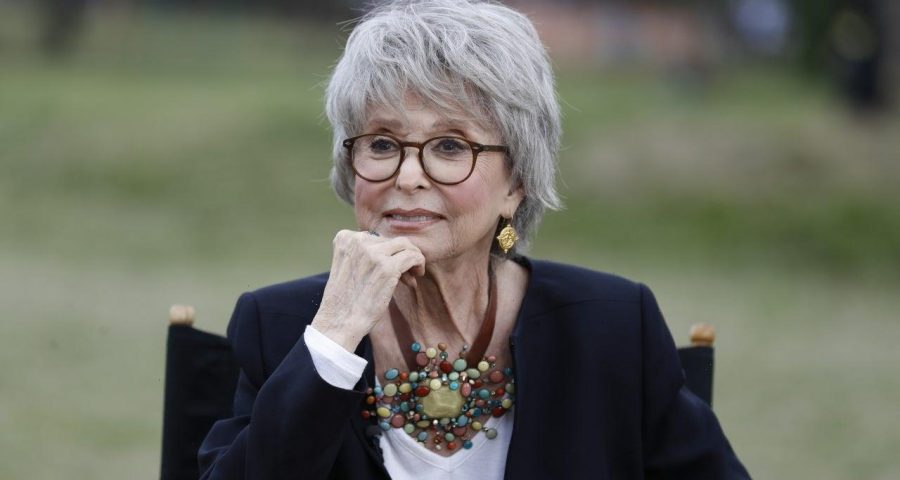 Rita Moreno is apologizing after her “dismissive” comments about the In the Heights‘ colorism criticism. On Wednesday, the EGOT winner took to Twitter to express her disappointment with herself after the comments she made during an appearance on The Late Show With Stephen Colbert the night before.

“I’m incredibly disappointed with myself. While making a statement in defense of Lin-Manuel Miranda on the Colbert Show last night, I was clearly dismissive of black lives that matter in our Latin community,” Moreno expressed. “It is so easy to forget how celebration for some is lament for others. In addition to applauding Lin for his wonderful movie version of In The Heights, let me add my appreciation for his sensitivity and resolve to be more inclusive of the Afro-Latino community going forward. See, you CAN teach this old dog new tricks.”

In addition to applauding Lin for his wonderful movie version of In The Heights, let me add my appreciation for his sensitivity and resolve to be more inclusive of the Afro-Latino community going forward. See, you CAN teach this old dog new tricks – RITA

On Tuesday, Moreno defended friend Lin-Manuel Miranda after the film adaptation of his hit Broadway musical received some claims and critiques of colorism. Following the release of the movie, which includes a large Latinx cast, critics raised concerns regarding the lack of representation for the neighborhood’s dark-skinned Afro-Latinx population in major roles.

“It would be so nice if they hadn’t come up with that and left it alone, just for now. They’re really attacking the wrong person,” she said of Miranda, who also produced her documentary, Rita Moreno: Just a Girl Who Decided to Go for It. “It’s like you can never do right, it seems. This is the man who has literally brought Latino-ness and Puerto Rican-ness to America. I couldn’t do it. I would love to say I did, but I couldn’t. Lin-Manuel has done that really single-handedly, and I’m thrilled to pieces and I’m proud that he produced my documentary.”

Meanwhile, Miranda, director Jon M. Chu and many of the film’s cast have publicly addressed the colorism claims.

“I hear that without sufficient dark-skinned Afro-Latino representation, the work feels extractive of the community we wanted so much to represent with pride and joy,” Miranda said in part in a statement. “In trying to paint a mosaic of this community, we fell short. I’m truly sorry.”

Moreno’s latest statements, meanwhile, come after she opened up to ET about the Latina stereotypes she faced while starting her career. She spoke about how she had to speak in accents and wear darker makeup for many of her roles.

“I spoke perfect English. And it absolutely rankled that I had to do accents. And it rankled that I always had to do the dark makeup because they only, particularly in those times, but this still exists, they only saw Hispanic young women as a certain color,” she said. “So as a result of that, they always had to put body makeup on me because the rest of me didn’t match the dark skin up here. It was bizarre. I accepted it because that’s how it was then.”

See more of ET’s sit-down with Moreno in the video below.