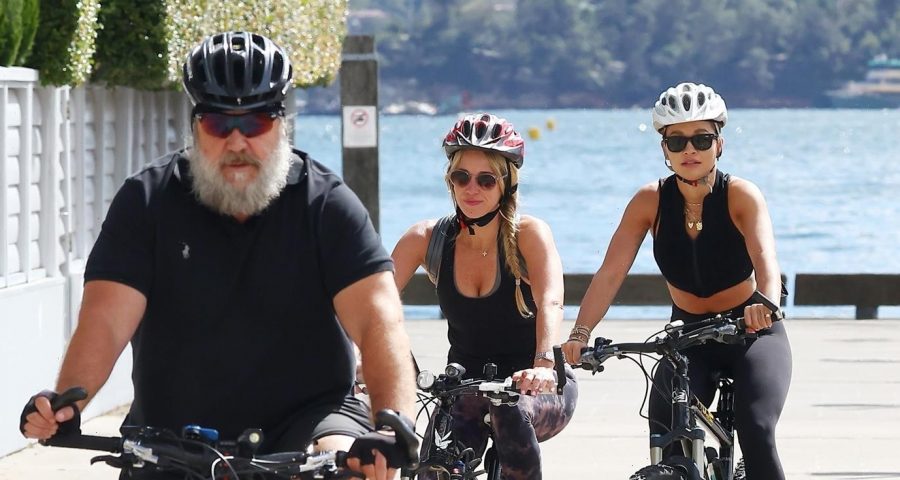 Well this is a very surprising friendship!

Rita Ora joined Russell Crowe and his girlfriend Britney Theriot for a bike ride on Wednesday afternoon (April 14) along the coast in Sydney, Australia.

The 30-year-old singer showed off her fit midriff in a black tank shirt as she chatted with Britney, also 30, while the 57-year-old Oscar-winning actor led the bike ride.

It seems like Russell and Rita have been running in the circle of friends while they’re both in Australia.

Late last month, Russell met up with tons of fellow Australian stars, including Chris Hemsworth, Isla Fisher, and Taika Waititi, for a rugby game in Sydney!

A few days later, Rita was spotted out on a shopping spree with Isla, Chris‘ wife Elsa Pataky, and Tessa Thompson.

It was recently announced that Russell will be joining the upcoming Thor: Love And Thunder in a a secret role.