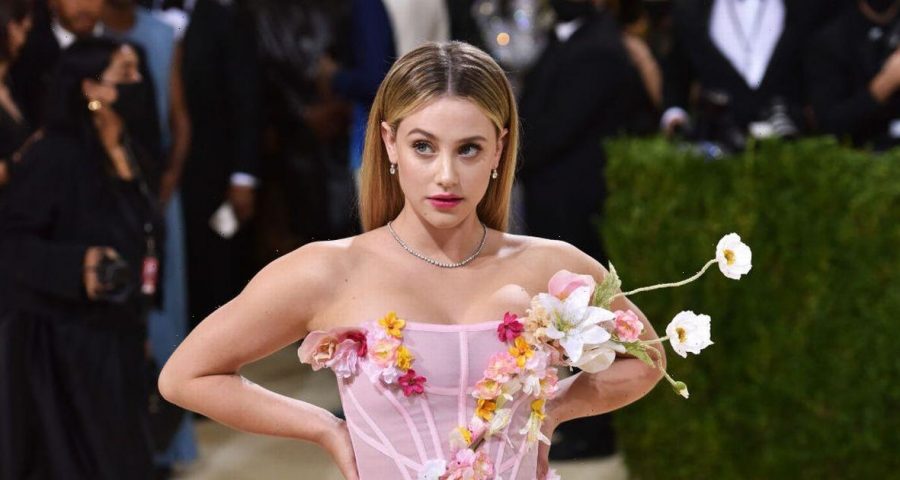 Riverdale’s Lili Reinhart appears to have slammed Kim Kardashian, after the latter revealed she lost 16lbs in three weeks to fit into Marilyn Monroe’s iconic ‘Happy Birthday’ dress that she wore to the 2022 Met Gala.

Lili, 25, took to her Instagram stories where she appeared to blast Kim, 41, for setting unrealistic body expectations, when “millions of young men and women are looking up to you”.

Lili wrote: "To walk on the red carpet and do an interview where you say how starving you are…because you haven't eaten carbs in the last month…to fit into a f**king dress?” "To openly admit you're starving yourself for the sake of the Met Gala.”

"When you knew very well that millions of young men and women are looking up to you and listening to your every word.”

Lili continued her rant, writing: “The ignorance is other-worldly and disgusting.”

She then implored people to “please stop supporting these stupid, harmful celebrities whose entire image revolves around their bodies.” Not finished there, Lili went on to slam the “toxicity of this industry”, admitting: “Sometimes it really gets to me”.

Kim wowed the crowd at Tuesday night’s Met Gala in the £3.8million dress that 1950’s pin-up and actress Marilyn Monroe wore to sing “happy birthday” to President John F. Kennedy back in 1962.

The dress was borrowed from Ripley's Believe It Or Not! museum, and, as it could not undergo any alterations at all, Kim had to embark on a gruelling diet to make sure she fit into the dress.

She told Vogue: “When it didn’t fit me I wanted to cry because it can’t be altered at all,

“I looked at them, and I said, give me three weeks, and I had to lose 16 pounds down [to] today to be able to fit this. It was such a challenge, it was like a role. I was determined to fit into it. I don’t think they believed I was going to do it, but I did it.”

Kim revealed the extreme measures she undertook to fit into the dress, saying: “I would wear a sauna suit twice a day, run on the treadmill, completely cut out all sugar and all carbs, and just eat the cleanest veggies and protein”

She continued: “I didn’t starve myself, but I was so strict.”

After the Met Gala, Kim tucked into pizza and doughnuts to reward herself after her strict diet.