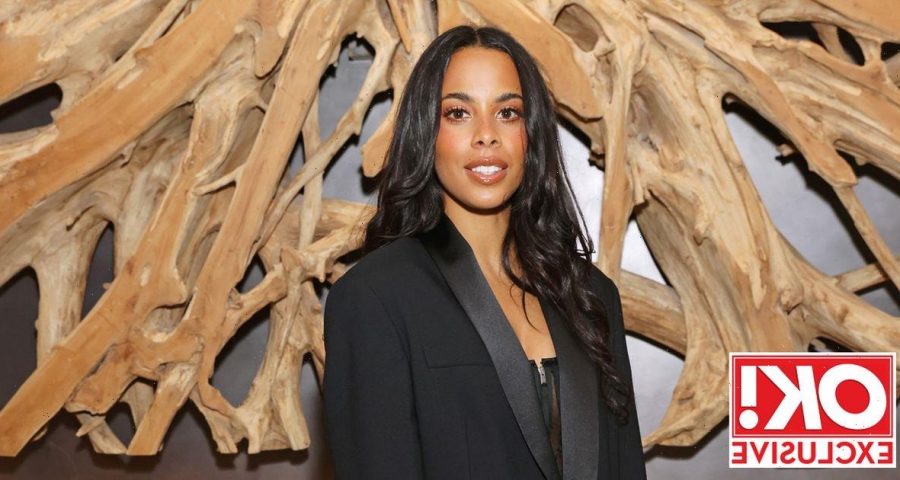 In the wake of Eamonn Holmes stepping down as a host on This Morning, sources say that ITV bosses are eyeing up Rochelle Humes as his full-time replacement.

The 61 year old is said to be leaving This Morning to move on to present GB news, "which marks the end of an era" for the newsreader.

Now, an ITV source has told OK! that bosses have already been thinking about Eamonn's replacement, and it looks like Rochelle, 32, is at the top of the list.

"This Morning know how much viewers love Ruth and Eamonn but they’re all about championing new talent and being more representative," the source adds.

"Bosses love Rochelle Humes and I wouldn’t be surprised if she was the first person they spoke to about the slot."

The source continued: "She always impresses when she stands in for Holly and has a great working relationship with the team.

"She’s exactly the sort of person they see as the future of the show."

It comes after a source told the Mirror that Eamonn will be “missed” on This Morning but it’s “the right time” for him to leave.

“Eamonn’s move to GB News marks the end of an era,” the source said.

"He’ll be missed by many ITV viewers but, the truth is, this job offer probably came at just the right moment for both him and ITV.”

The source finished: "All good things come to an end.”

Eamonn and Ruth, also 61, have been hosting the flagship show for 15 years now, and while Eamonn is happy to be moving on, his job move could have an impact on his wife's career.

The Mirror reported Ruth is unlikely to "remain on the show" without her husband, but is expected to "continue as a regular" in her usual lunchtime slot as a Loose Women panellist.

When GB news first launched in June, Eamonn spoke about the growing news channel and said he hoped the programme would get "a decent chance" – as UK viewers were crying out for a "shake-up on the news front".

"I have huge respect for TV news but this is a reminder news is not just Westminster or a constant woke agenda," he said at the time.

For all your updates on Rochelle Humes, her work commitments and romantic life, sign up to our daily OK! newsletter.