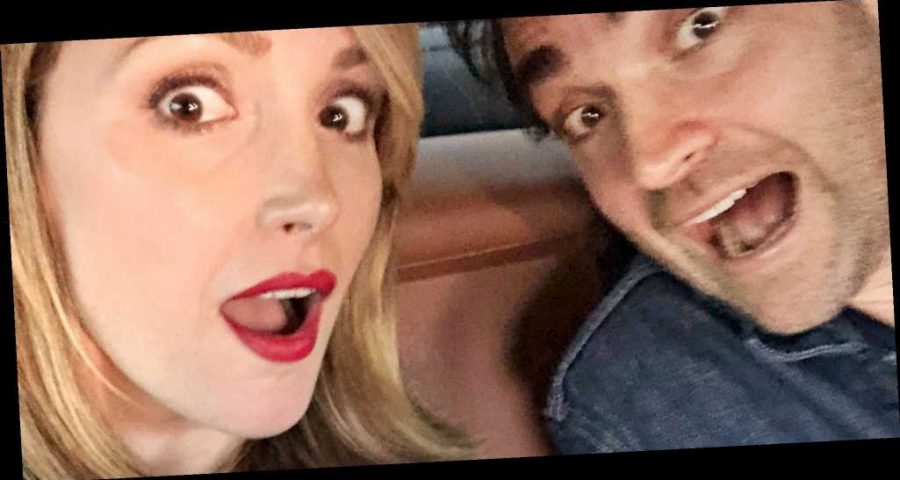 When I was growing up, my family was very into the visual arts. My parents had really interesting pieces on the walls at home and would always take my siblings and me to visit galleries around Australia and Europe. My older sister Alice, who is based in Melbourne, eventually became a painter, and my older brother, George, is also an artist in L.A. I've seen George's entire artistic evolution, from when we were kids to when he was in art school in Sydney to now, where he has his own studio downtown. He creates these amazing, large-scale, colorful photographs that depict everyday surfaces and landscapes, but they're more than just pictures: They're beautiful, painterly abstractions. I've saved a lot of his art over the years, but this picture, called 71st St. Miami, is the one I treasure the most (below). It's really representative of his work because it's both a photograph and a collage, and there's this cool suspension of perception about what's real in the picture and what's simply part of the collage. George took this photograph in 2019 on a creative pilgrimage to Miami and gave the finished piece to me after my partner, Bobby [Cannavale], and I moved into our home in Brooklyn. We both fell in love with it. Bobby is Cuban-American, and we spend a lot of time in Miami with his family in Cuban neighborhoods like Little Havana and Hialeah, so there was an emotional tie to the picture because of that and the fact that our children are half Cuban-American and half Australian.

The other thing I love about the picture is the beautiful color palette. I've always appreciated a splash of pink on an urban landscape. In fact, the outside of our house in Brooklyn is actually pink, which, I admit, was pretty controversial on my block at first. But luckily for me, Bobby isn't afraid of a little color. The calming tones of this picture go perfectly with our house. We decided to hang it in our living room, right next to the fireplace, and since then it's become the centerpiece of our home. When I see it, it's sort of like looking at my brother's subconscious, in a way. He inspires me. And it's nice to always have a piece of him around.

As told to Jennifer Ferrise.

Rose Byrne stars in the upcoming film Peter Rabbit 2: The Runaway, out May 14. For more on George Byrne's work, visit georgebyrne.com or follow him on Instagram @george_byrne.

For more stories like this, pick up the April 2021 issue of InStyle, available on newsstands, on Amazon, and for digital download now.