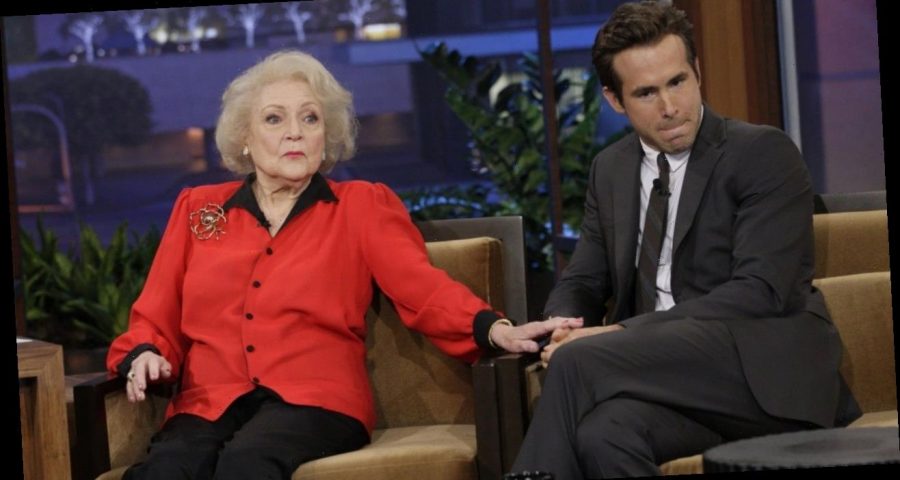 Betty White might be a national treasure, but not all of her co-stars are fans. On Sunday, the Golden Girls star turned 99 and many of her celebrity pals honored her with tribute posts. But her Proposal co-star Ryan Reynolds, who is known for his fake celebrity feuds, took a different approach.

Reynolds, 44, co-starred with White in the 2009 romantic comedy, The Proposal, in which she played his spunky grandmother. On Sunday, Reynolds took to his Instagram Stories to share a hilarious throwback behind-the-scenes clip from the set of the film, which also features Sandra Bullock.

“We made this 12 years ago. Betty turns 99 today, but she is 100 [percent] the funniest person on the planet,” Reynolds captioned the video.

In the clip, Bullock and Reynolds are on the set of the film conducting an interview when White walks in the room and stops the filming.

“What is your problem with her?” Bullock asks Reynolds when he asks why White is there.

“I don’t have a problem with her. She hates me and I don’t really understand why,” Reynolds explains.

Bullock then gets up to hug White, who calls the Oscar winner “America’s Sweetheart,” as an annoyed Reynolds looks on. After Bullock leaves, White goes over to where Reynolds is sitting and moves her chair away from him.

White calls Reynolds “Brian,” and asks him to get her a cup of coffee. As he tries to explain that’s not his name, White refers to the actor as a “terrible assistant.”

“When Betty White says she wants a cup of coffee, you get her a f**king cup of coffee,” White tells him, referring to Reynolds as an “ab crunching jacka**.”

“You seem like an adorable, sweet old lady on the outside, but on the inside, on the inside you’re like this seething demon,” Reynolds tells White in faux anger. “You hear me? Why don’t you go suck a hot c**k?”

Bullock rushes in to comfort White who secretly slips Reynolds the middle finger.

As for her 99th birthday celebration, White opened up to ET about her quarantine plans.

“You probably didn’t ask, but I’ll tell you anyway,” White teased. “What am I doing for my birthday? Running a mile each morning has been curtailed by COVID, so I am working on getting The Pet Set re-released, and feeding the two ducks who come to visit me every day.”

For more, watch the clip below: