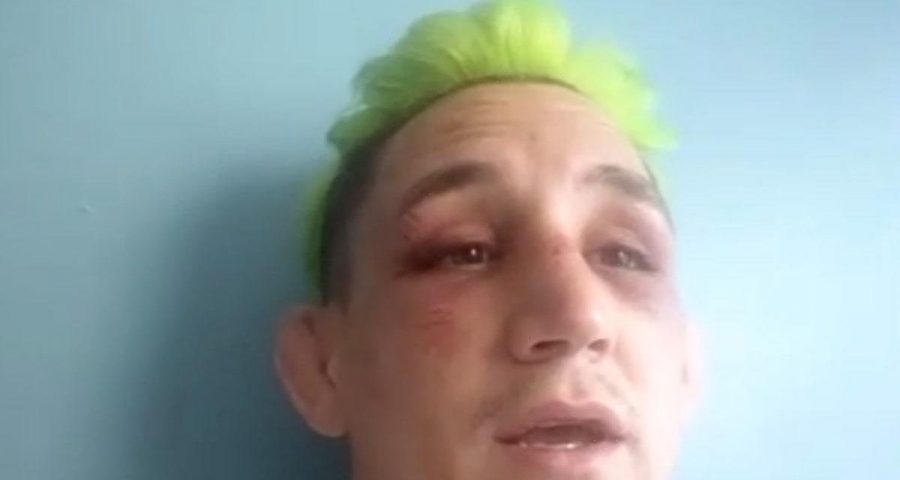 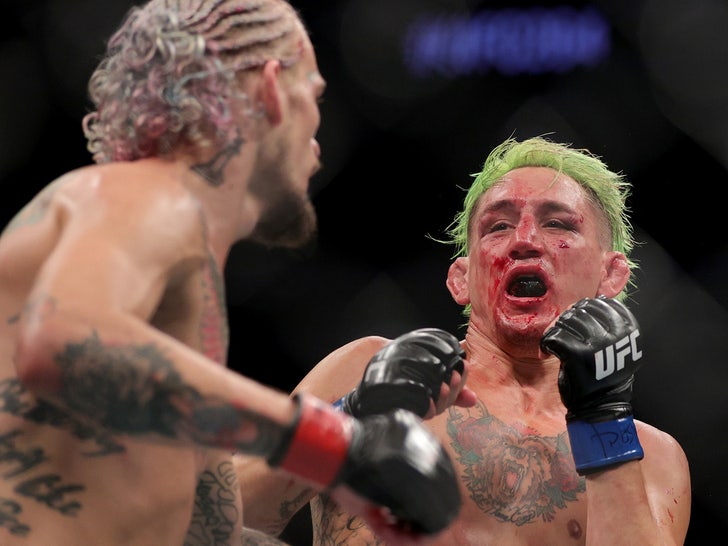 Kris Moutinho ate 230 significant strikes, but won over MMA fans across the world with his unreal toughness … and for it got a $75K bonus — life changing money for the UFC fighter.

TMZ Sports talked to 28-year-old Moutinho — whose UFC 264 scrap with “Suga” Sean O’Malley was stopped with only 27 seconds left in the 3rd and final round — about his Fight of the Night bonus … and how the windfall of cash will change his life. 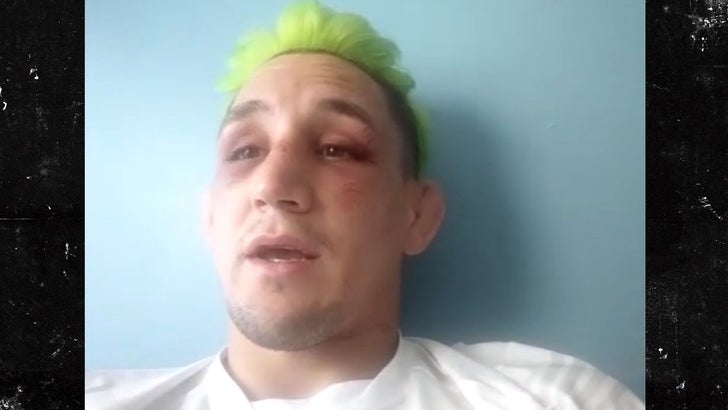 “I’m extremely happy, man. It’s another step to taking care of my family and putting money into the right avenues to be able to take care of my family, and never have to work another job and just do this again. Do this. The thing I love for the rest of my life,” Moutinho says.

In fact, Kris says he’s never gotten so much money before … and admitted he doesn’t know how to manage the nearly 6-figure sum — or what to do with it.

“I gotta figure out what I even got to do with it. I’m not like, I’m not built like this bro. I don’t know what all this is. What, how to pay taxes on this, and how to do that. I’m just trying not to end up broke cause of it, you know what I mean?”

So, the bank account is right … but how does Moutinho feel physically after taking such a beating??

“Great” … and what else would you expect from Kris?

“I feel great man, I feel great. Pride’s a little sore from losing, man, because a loss is still a loss. I don’t care how great everybody says the fight is. Man, I still lost, and it still hurts. That’s the only thing. The face, it doesn’t really bother me. I can take pain, I can take blunt force, or I wouldn’t do this, you know?”

And Moutinho — who has a 9-5 record as a pro — wants everyone to know his UFC career won’t just be one-and-done … and he would even be down for a rematch with Suga down the road.

“There’s no person I’m afraid of on this earth. It doesn’t matter what [O’Malley] did to me. Punches are so miniscule to the amount of pain I’m willing to endure in my life. This is nothing to me.”