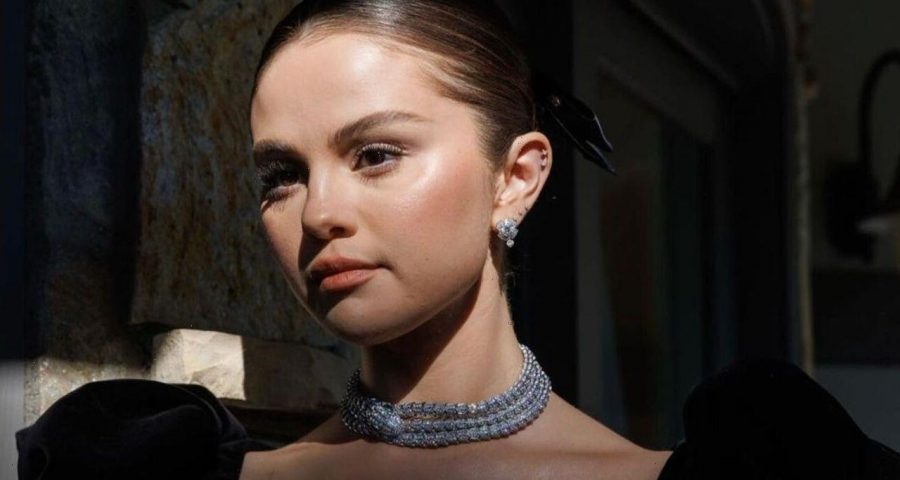 The former ‘Wizard of Waverly Place’ actress has reacted to haters who mocked her appearance at the 2023 Golden Globe Awards, saying she’s ‘a little big’ because she ‘enjoyed’ holidays.

AceShowbiz –Selena Gomez fires back at trolls by saying she is a “little big right now” as she “enjoyed” Christmas and New Year. The 30-year-old actress was ridiculed online about her physique after she appeared at the 2023 Golden Globes on Wednesday, January 11, 2023, where she was nominated for Best Television Actress – Musical/Comedy Series for “Only Murders in the Building“, which she lost to Quinta Brunson in “Abbott Elementary“.

“I’m a little bit big right now because I enjoyed myself during the holidays,” Selena said in an Instagram Live video while talking to her nine-year-old sister Gracie Elliott Teefey. Gracie appeared to agree when Selena turned to her sibling and asked, “Right?” before the actress went on laughing, “But we don’t care.”

Selena deleted social media apps from her phone in 2019 after nasty comments left her feeling depressed. She also told Rolling Stone magazine in November she had thought about taking her life after battling psychosis, which lead to her being diagnosed with bipolar disorder.

She said, “I thought the world would be better if I wasn’t there. I’m going to be very open with everybody about this – I’ve been to four treatment centres. I think when I started hitting my early twenties is when it started to get really dark, when I started to feel like I was not in control of what I was feeling, whether that was really great or really bad.”

“It would start with depression, then it would go into isolation. Then it just was me not being able to move from my bed. I didn’t want anyone to talk to me. My friends would bring me food because they love me, but none of us knew what it was. Sometimes it was weeks I’d be in bed, to where even walking downstairs would get me out of breath.”