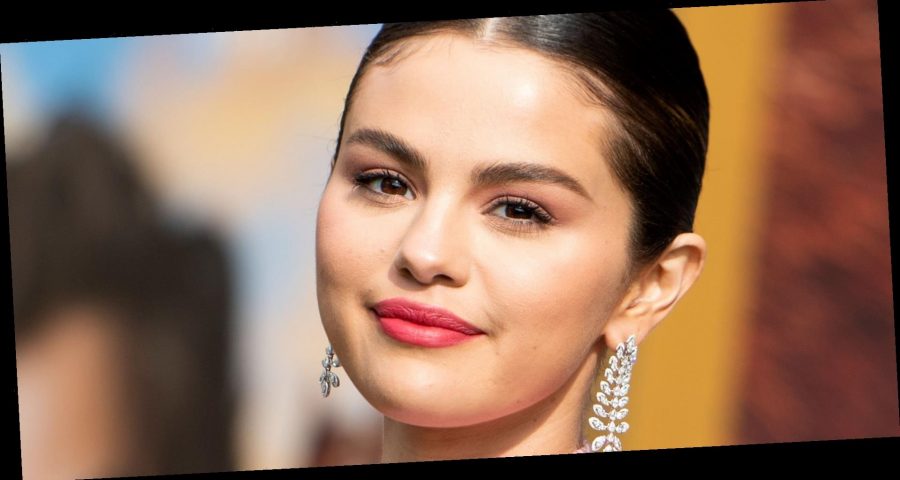 While red carpet events, step-and-repeats, and big-time awards shows haven't been happening because, well, you know, British Vogue reports that Selena Gomez managed to give a brand-new label the premiere treatment, only it was on social media and the freshman label isn't exactly from an emerging designer. In a series of snapshots shared by her stylist, Kate Young (credit her with Gomez going from saccharine Disney star to bona fide fashion fan), Gomez gave AZ Factory its celebrity social media debut during the promotional efforts for her Spanish-language EP, REVELACIÓN.

AZ Factory is a new label from designer Alber Elbaz, who stepped away from his role at Lanvin five years ago, leaving behind a celebrity clientele that included Emma Stone, Gwyneth Paltrow, and Beyoncé. The line debuted this season and Gomez is the first to wear the new goods, including a white dress and a star-patterned pajama-inspired top. AZ Factory takes its name from the first and last letters in Elbaz's name.

"I did 10 dresses, where I used to do three, four hundred pieces," Elbaz told Vogue of his new concept. "The inspiration is not coming from Émile Zola; it's from me walking by the Seine, seeing people running, and thinking, how come people wear these clothes all year round, but fashion has to change four times a year?"

For her part, Gomez has been having a lot of fun during quarantine, even with a new project set to be released. In addition to giving AZ Factory a spin, she's trying out new hairstyles and filming her upcoming Hulu comedy, Only Murders in the Building.