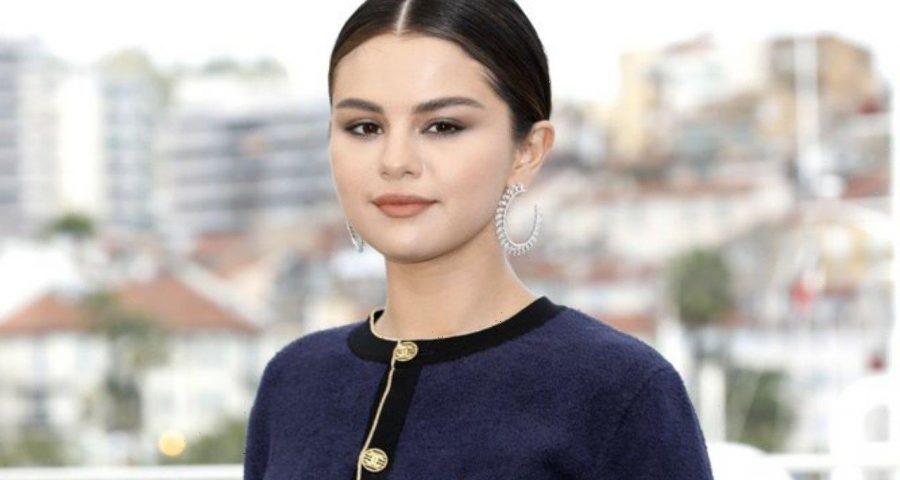 Though the ‘Lose You to Love Me’ singer wears heavy makeup in the new Instagram photo, she doesn’t retouch the picture as fans notice her real skin texture.

AceShowbiz –Selena Gomez gets honest to herself and her fans. Having recently opened up about her struggles to maintain “self-love” during tour, the singer/actress appears to be handling it just fine these days as she isn’t afraid to show her real skin texture.

Making use of Instagram to stay connected with her fans while she is off the road, the 29-year-old posted on her account on Wednesday, August 4 a new selfie taken in a car. The star wore heavy makeup in the image, which she didn’t retouch with filters of editing apps to show what her makeup actually looks like in real life with natural lighting and without any effects.

Selena sported smoky winged eyeliner and pink lipstick while her hair was pulled in a high bun. She credited her regular makeup artist Melissa Murdick for her look that day as she mentioned her Instagram handler in the caption.

Fans soon took to the comment section to sing their praise for the star’s look and her honesty. “Finally a celebrity showing their natural skin texture with no filters,” one raved. Another gushed, “Did a celebrity actually just post a filter free pic??? LOVE IT.”

“Unedited picture = Queen’s behaviour,” a third chimed in, while another opined, “i don’t comment on celebrity photos, but i really like this photo of you because i looks so real. i can see the texture of your skin and it makes me so happy that you don’t hide it. you kind of embrace it.”

“Sooooo prettyyyyyyyy,” someone marveled at her beauty, as another added, “I seriously adore you and this photo.. makes me feel like I can be confident too. This is the role model people need.. thank you so much.”

Still, there were some naysayers who picked on Selena’s puffy face in the photo. Claiming that she looks old and gained too much weight, they wrote such nasty comments as “Did she get hit in the face her face looks swollen af,” “I thought someone punch you in your face. Puff cheeks” and “You look like an old woman, at least 50 years old, sorry.”

“Lol that’s not Selena who is that,” one mocked the star. “Selena is beautiful but this is such a bad picture,” a critic remarked. Someone else blamed the makeup artist as writing, “I love selena Gomez but this is an awful pic of her and the makeup is a no! who ever did it didn not blend and honestly should not be praised or tagged. Smh I’ve seen her a lot better and this just isn’t it.”