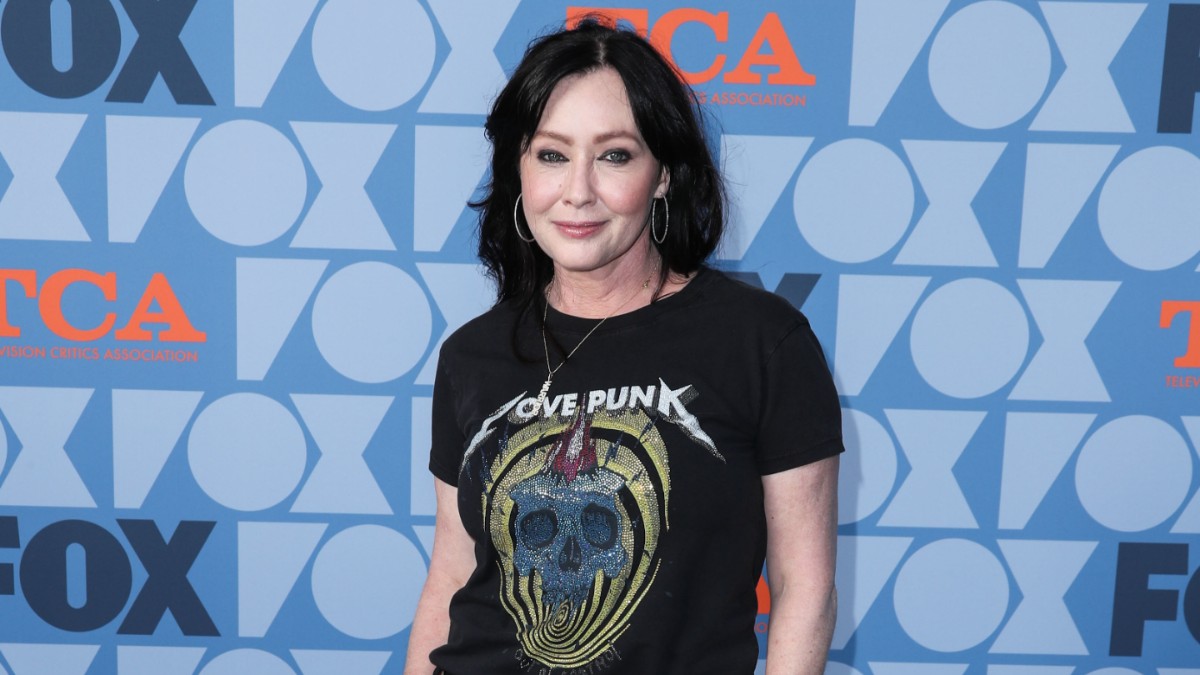 Actress Shannen Doherty has given an update on her battle with breast cancer and has talked openly about living with the illness.

The actress, who reached extraordinary heights of fame in the 90s playing Brenda Walsh in teen drama Beverly Hills 90210, first revealed to fans in February her cancer had returned.

Doherty was first diagnosed in 2015, but her fans breathed a sigh of relief when she subsequently went to remission.

Sadly, the disease returned with a ferocity, and is now classed as stage 4 metastatic breast cancer.

The 90210 actress recently sat down for an interview with Elle Magazine, where she gave an update on her health, and also explained how she broke the news to her friends.

Shannen Doherty had doctor update her friends on cancer condition

The doctor told the gathered guests that Doherty’s cancer had returned and it had gone metastatic or progressed to stage 4, which means it had spread beyond her breast and lymph nodes.

Doherty explained that she’d asked Piro along so he could answer her friend’s questions.

When Doherty was first diagnosed with the disease, she underwent surgery, chemotherapy, and radiation, but unfortunately, it seems some of the cancerous cells survived the treatment and ended up in her spine.

The disease will eventually spread to either her brain, lungs, or liver, or all three.

According to Heathline.com, approximately 30% of stage 4 breast cancer patients live beyond five years.

However, the prospects of patients are continually improving, and advances in healthcare mean that people living with metastatic breast cancer can now live for over ten years.

Doherty is undergoing hormone therapy and remains positive; she is determined to continue living life to the fullest for as long as possible.

“I’m not ready for pasture. I’ve got a lot of life in me,” she told Elle. She added that she tries to “treasure all the small moments” that many people don’t notice or take for granted.

She also stated that she has plans to leave letters and videos for her loved ones to be read and watched after she’s gone.

However, she’s not recorded anything yet because “it feels like you’re signing off, and I’m not signing off.”

We wish her good health.

Last March, Doherty and her friend, Sarah Michelle Geller, paid tribute to their mutual friend, stylist to the stars Deborah Waknin-Harwin, after she passed away from cancer.