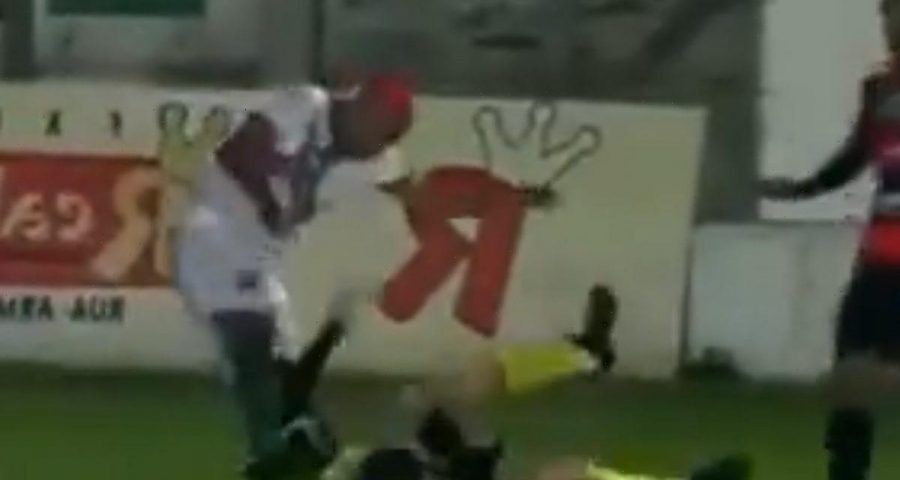 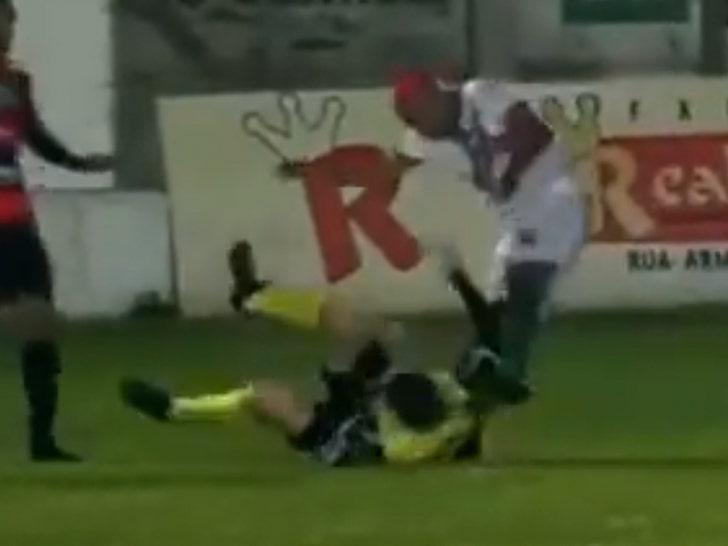 A Brazilian soccer player has been charged with attempted murder after he disgustingly kicked a referee in the head during a game, appearing to knock the man out cold.

The insane incident all went down on Monday in São Paulo de Rio Grande’s match vs. Guarani de Venancio Aires … when William Ribeiro lost his mind after not getting a call.

Video from the game shows Ribeiro was so livid over the ref’s decision … he shoved the man to the ground and then violently kicked him in the temple.

The ref laid motionless on the turf for several moments … and was eventually transported to a local hospital.

Ribeiro, meanwhile, was arrested just minutes later at the stadium … and ultimately charged by prosecutors.

“His attack was very strong and violent,” local authorities told reporters following the incident, “kicking the referee in the head and making him pass out.”

“The referee had no chance of defending himself.”

The play was called “revolting” by Ribeiro’s team president, Delvid Goulart Pereira, who announced shortly after the game that Ribeiro had been cut over the kick.

“Rest assured, we are sorry and deeply ashamed,” the club exec said. “We send all the apologies in the world to the injured referee and his family as well as apologizing to the public in general for the lamentable scene seen today.”

“The contract of the offending player is terminated. Furthermore, all possible legal measures in relation to the incident will be taken.”

It’s unclear whether Ribeiro will be allowed to be released from jail or if he’ll remain under custody while an investigation unfolds.

The ref, meanwhile, was released from the hospital on Tuesday … and is expected to be okay.