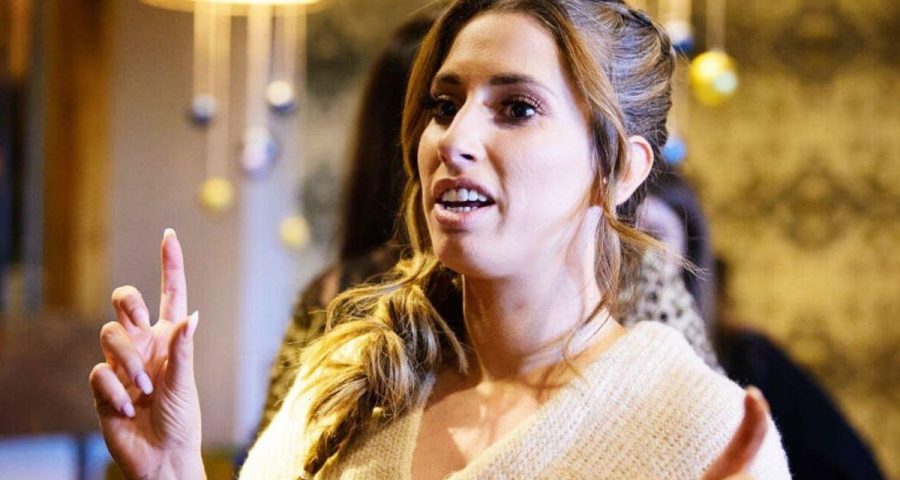 Stacey Solomon shares her opinion on Royal Family in 2018

Stacey Solomon opened up about her time on Loose Women and said she “hates” being a part of any “scandals”. The popular ITV daytime show sees the presenters discuss various topics from the cost of living crisis, to motherhood, to royals and celebrities.

The 33-year-old said she isn’t too keen on the “drama” that can unfold when she and her colleagues touch on topics which provoke angst among viewers.

It comes as the mum-of-four spoke about returning to live TV after being on maternity leave with her one-year-old daughter Rose.

Stacey admitted she did not miss being at the forefront of the drama on Loose Women, calling it her “worst nightmare”.

“I hate the drama, I hate the scandals. I’d rather talk about everyday topics that everyone is experiencing,” she explained.

She continued: “When people get caught out in a scandal I almost feel sorry for them, because I’ve never met a perfect human in all my life.

“Nobody is this depiction of perfection.”

The small-screen star shared she would prefer to speak about problems impacting everyday people.

“I feel really horrible when bad things happen to people or they get in trouble, I’d much rather talk about issues affecting everybody all the time than somebody’s scandal,” she added to The Metro.

Her comments come after the presenter recently caused a stir on social media for previous comments she made about the Royal Family in 2018.

Back in September, Stacey left opinions split after a video went viral following her appearance on Loose Women four years ago.

In the aftermath of Queen Elizabeth II’s death, the ITV favourite’s words were debated on Twitter again.

In the clip, the Loose Women presenter admitted she “doesn’t get the point” of the royals.

At the time, she appeared alongside panellists Christine Lampard, Linda Robson and Jane Moore.

The group had discussed how Meghan Markle could modernise the monarchy.

Stacey said: “I don’t get why we’re so obsessed with these humans that are exactly the same.

“It could be us four sitting there I just don’t get it.”

Jane pointed out how they are “becoming like celebrities,” but “the Queen is brilliant”.

Stacey replied: “To me, that’s all they are, they’re celebrities.”

She added: “It’s freezing cold outside and people are homeless and these people have houses to spare.

“And it does sometimes become a little bit frustrating because I don’t see the purpose of all of that money going to this entire family. Sorry, sorry to everyone!”

The conversation sparked debate as @BermondsyT penned: “Solomon can have her view. Millions of people have a very positive view of the royals me being one of them.”

Others defended Stacey’s stance, with @warzoid tweeting: “It’s possible to feel deep sorrow at the passing of a staunch matriarch & still appreciate what Stacey Solomon is saying here.”