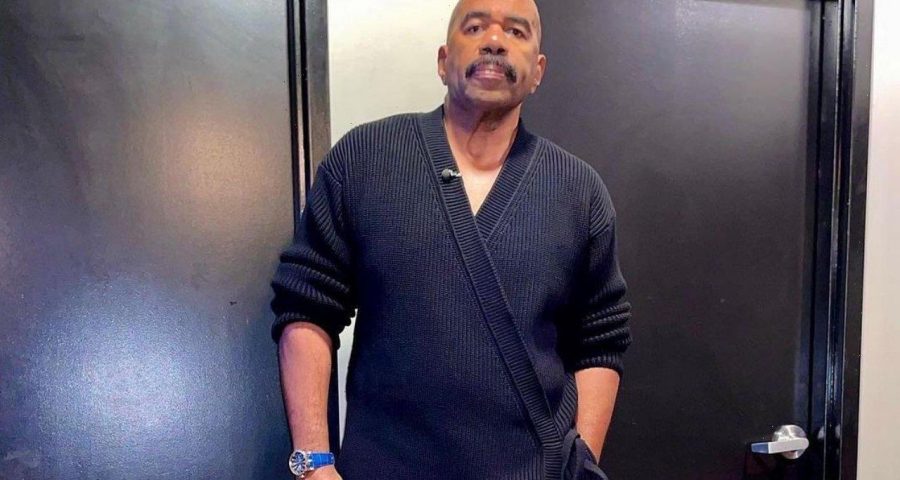 The 64-year-old funnyman and ‘Family Feud’ host believes that due to the cancel culture, ‘No stand-up that is sponsor-driven can say anything he wants to.’

“The only way I can do one more special is if it’s at the end of my television career because it will end my television career,” Steve, who was at the event to promote his new show “Judge Steve Harvey“, said. “We’re in the cancel culture now. No stand-up that is sponsor-driven can say anything he wants to.”

He went on naming fellow comedians who are also in the same position, saying, “Chris Rock can’t. Kevin Hart can’t. Cedric the Entertainer can’t. D.L. Hughley can’t. I can go down the list. The only person that can say what they want to say on stage is Dave Chappelle because he’s not sponsor-driven. He’s subscription-driven.”

“If I had tried to continue as a stand-up, there’s no way I could maintain it. Political correctness has killed comedy. Every joke you tell now, it hurts somebody’s feelings,” Steve noted. “But what people don’t understand about comedians is that a joke has to be about something. It has to be about somebody.”

The “Family Feud” host went on to elaborate, “We can’t write jokes about puppies all the time. The joke can’t be about bushes all the time. Some of these jokes will have to be about people, because that’s the most interesting topic.”

Dave Chappelle faced backlash last year over his anti-transgender jokes in his Netflix special “The Closer”. In the controversial special, he said, “Gender is a fact. Every human being in this room, every human being on earth, had to pass through the legs of a woman to be on earth. That is a fact. Now, I am not saying that to say trans women aren’t women, I am just saying that those p***ies that they got… you know what I mean? I’m not saying it’s not p***y, but it’s Beyond P***y or Impossible P***y. It tastes like p***y, but that’s not quite what it is, is it? That’s not blood. That’s beet juice.”

Instead of upset over being canceled, Dave revealed during his show back in November that he loved it. “It is a huge relief. It’s like getting Capone on tax evasion,” he said at the time. “For the past three or four weeks, they’ve been saying in the news that I’ve been canceled. It doesn’t matter. The point is, no matter what they say, we are together.”