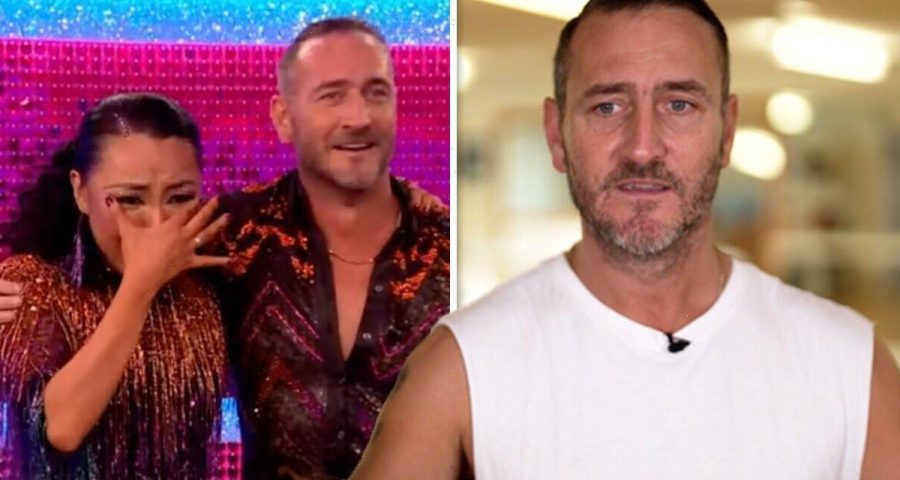 Strictly: Will Mellor reveals he's ill with a 'virus'

Strictly Come Dancing professional Nancy Xu, 31, admitted she was “worried” about her partner Will Mellor, 46, when he took to the dance floor on Saturday night. Nancy explained how she was forced to “hold up” Will, who was barely standing on account of his illness.

On Saturday night, Will and Nancy took to the ballroom to perform a rumba to Ed Sheeran’s The Joker and the Queen.

The Two Pints of Lager and a Packet of Crisps star had already been dealt a huge blow earlier that week when he became seriously ill with a virus that forced him to miss a number of rehearsals.

The usually energetic actor was visibly struggling when the pair performed and judges awarded them 23 points out of 40, their lowest score so far.

Speaking to Janette Manrara on Strictly: It Takes Two, Will admitted that everything “felt good” until “the judges started talking”.

Addressing the pair, Janette said: “You were very worried last night because of the time and it being such a difficult dance.”

Nancy replied: “That night, for me, he’s my winner and I said that in the live show because it was a challenging week and he put himself out there.”

“It let people see what he could give to the show,” Nancy continued in a heartfelt tribute to her partner.

“He said to me, ‘I want to do this for you. I love the song and I really appreciate your hard [work].

“‘You make this beautiful choreography. I don’t care about myself, I want to make you proud.’”

Nancy then went on to explain that she had feared for her partner when he continued to dance in spite of his illness.

“That’s why I say he has my full respect,” she said. “But I also worry about him, you know? Because…

“He’s barely standing there and I have to hold him,” Nancy confirmed.

“Just so, for me, he can make that performance happen. He’s my winner, for sure.”

Early last week, Will sparked concern in Strictly viewers when he appeared on It Takes Two with a croaky voice.

Posting an update on social media, he explained: “Firstly, I just want to apologise for the way I sound. I’ve not been well at all this week.

“I went into training on Monday and I just had to go home as I was feeling poorly.”

He continued: “I’ve been laid up ever since. I’ve got a bug, virus whatever you want to call it; I was aching all over, it was horrible.

“If you’ve got it out there, I feel your pain, as a lot of it is going round this time of year, these flu variants.”

This week, Will and Nancy will be dancing the Viennese Waltz to Line of Duty End Titles by Carly Paradis in celebration of TV drama.

Strictly Come Dancing returns this Saturday at 6.40pm on BBC One.