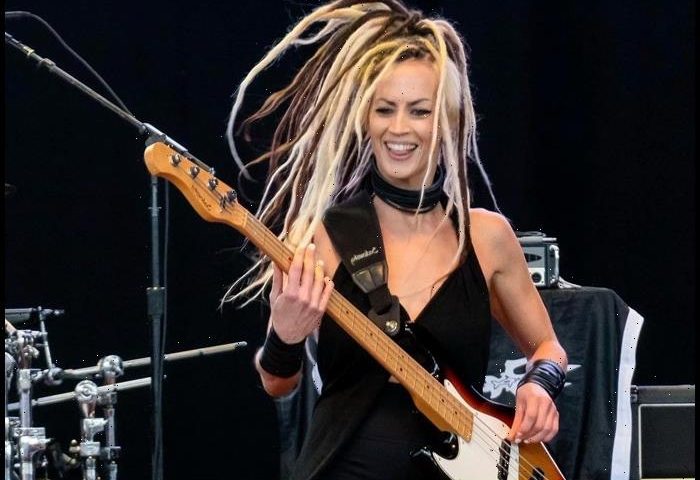 Whitesnake have parted ways with long-time bassist Michael Devin ahead of their farewell tour and replaced him with Irish bassist Tanya O’Callaghan.

“Whitesnake & bassist Michael Devin have decided to go their separate ways after an amazingly successful decade together…,” the British rock band announced on social media.

“We sincerely thank him for being part of our journey & for all his exceptional gifts he brought to Whitesnake,” he added.

Devin is leaving Whitesnake after a decade with the group.

In an update a couple of days later, Whitesnake announced the replacement for Devin.

“A whirling dervish of a performer whom we feel will bring a fresh, new, exciting musicality & welcome energy to the band, both in the studio & onstage… here she is… Irish born & bred… the one & only… Tanya O’Callaghan,” Coverdale said in a welcome note, describing the new bassist as “The Irish Tornado.”

O’Callaghan said it is an absolute honor to be joining Whitesnake/David Coverdale for their worldwide farewell tour in 2022/23.

“This small town gal still pinches herself over the amount of legends I’ve had the joy to work, tour and record with over the past few years since I made the terrifying solo leap across the Pacific with no clue how everything would unfold,” O’Callaghan said.

“It’s been a wild ride and just when I thought it couldn’t get any better, who calls, only feckin’ WHITESNAKE!” she added. “And the best part, to step into the snake shoes of my bass brothers Rudy Sarzo, Tony Franklin Neil Murray and Michael Devin … are you kidding me…what a f#*king honor beyond belief!!! My heart is exploding.”

O’Callaghan is an established freelance bassist, speaker and activist, touring and guesting on pop, funk, R&B and blues projects with various bands.

She will be joining the legendary artists during their Farewell Tour, starting on May 27, 2022, in Germany.