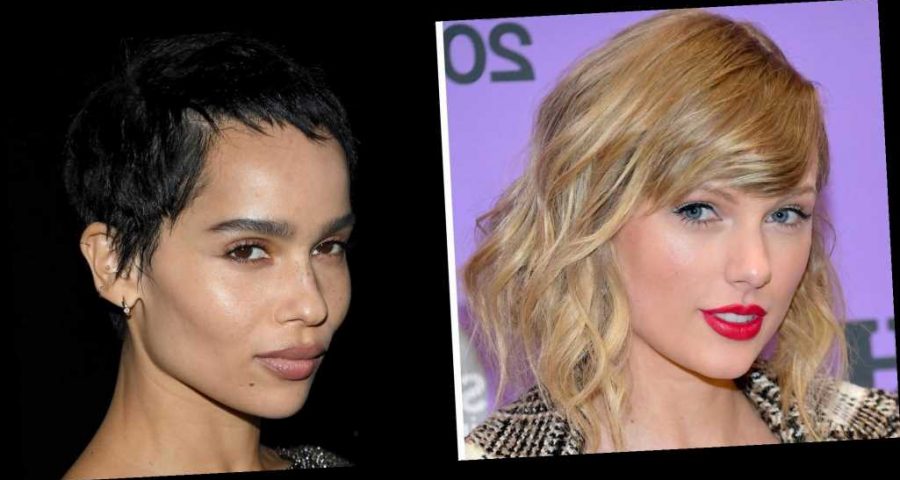 Amid the pandemic, one of the safest ways to socialize has been to form a pandemic "pod," or a self-contained social bubble of people who limit their non-distanced social interaction to only each other.

And while some of us may have successfully formed pods over the last year, they probably didn't include Taylor Swift and Zoë Kravitz, who apparently were/are in the same pandemic pod last year. And Swift even helped her friend with a virtual photoshoot for the New York Times.

NYT Magazine editor-in-chief Jake Silverstein told Women's Wear Daily that Swift assisted in a photoshoot for Kravitz's feature in the magazine's "Great Performers" December issue. Given COVID-19 protocols, the magazine opted to photograph Kravitz remotely, especially since the actress was under strict guidelines while shooting a movie (most likely The Batman). "Zoë was being very strict about it anyway because she's shooting a movie," Silverstein explained. "And Taylor Swift was in her pod and willing to assist."

Photographer Christopher Anderson directed Kravitz for the shoot remotely with his laptop from his home in Paris, while Swift helped set up the shot and camera angles in person.

Kravitz spent much of the last year filming The Batman in London, while Swift is reportedly renting a home with boyfriend Joe Alwyn in the city.