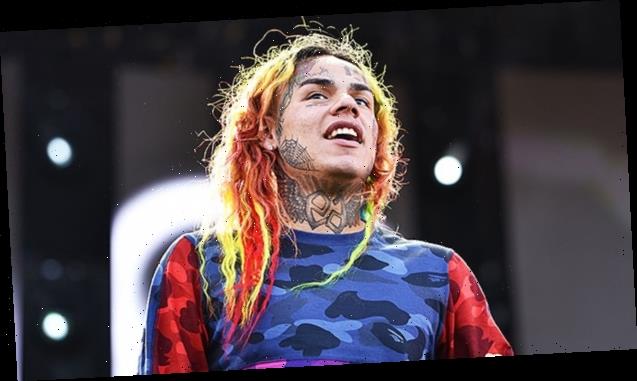 Tekashi 6ix9ine has a whole new aesthetic to go with his new music. He’s grown a heavy dark beard and has nearly his entire body now covered in tattoos while teasing a new song.

He’s baaaaaack! Everyone’s semi-favorite self described “attention” seeker Tekashi 6ix9ine has returned to Instagram for the first time since Sept. 2020, and the rapper has a whole new look. The 24-year-old shared a post on Feb. 4, 2021 where he was in the studio and appearing to tease new music. But it was his new appearance that had fans more shook, as the somewhat baby-faced rapper has grown out a heavy dark beard.

Tekashi — real name Daniel Hernandez — also been spending some serious time on a tattoo artist’s table, as he appeared shirtless in the video and his skin is now completely inked. T69 has two full arm sleeves with many 69’s surrounded by colorful patterns on one arm, and darker X shapes and squiggles on the other.

His chest is now completely tatted, as he used to just have a medium sized “69” above his belly button. Now he has the number in super sized dark ink above it, across his pecs. Daniel also has his entire chest filled in with various colorful patterns, flames, a giant purple rose tatt underneath his neck, and two smiley faces with rainbow petal patterns around them on both of his shoulders. Here’s how Tekashi’s chest looked in 2018 with just the midriff “69” as his most visible tatt, along with a photo of his arms with just “69” forearm ink prior to getting his new full sleeves: 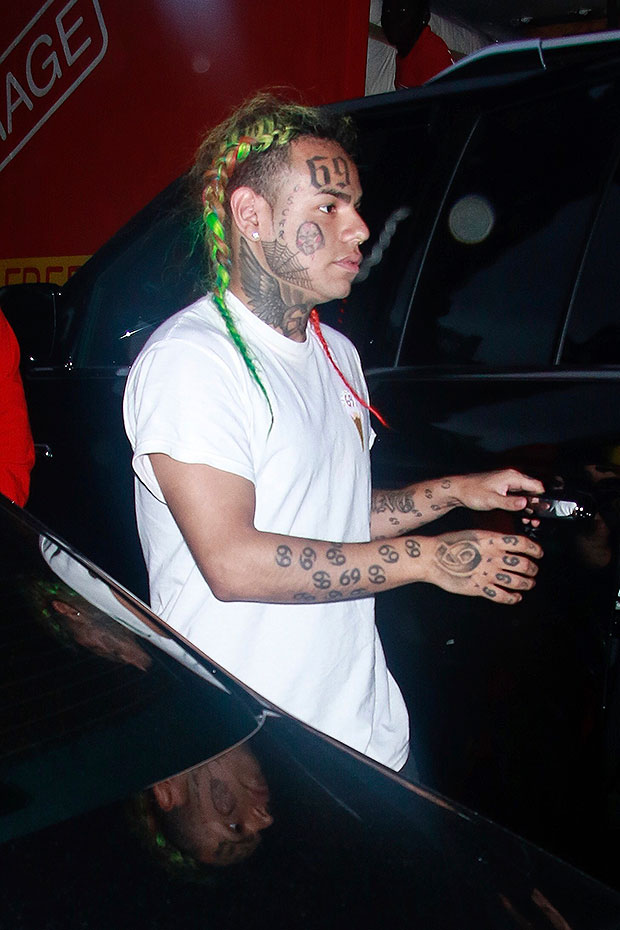 Tekashi 6ix9ine prior to getting his full arm sleeve tattoos. Photo credit: SplashNews.

Tekashi seemed to be teasing new music, as he was seen sitting in a studio and lip synching along to what appeared to be a new single. He begged fans for comments in exchange for releasing it, writing in the caption, “ARE YOU READY????? 100,000 comments if you want this right now ‼️‼️” He did managed to rack up 7.7 million views of his video post in just three hours. His last new music came in the form of his album Tattle Tales, which dropped on Sept. 4, 2020.

69’s new look got mocked on Twitter, with his name trending but for all the wrong reasons. User @LuceTheophilia commented, “i thought 6ix9ine went back to prison” with a crying face emoji that he’s still a free man. @niaawatson wrote, “damn i saw 6ix9ine trending & thought he finally got killed,” and @Khpri shared a similar sentiment, tweeting, “6ix9ine trending and it aint cuz he been killed?? the audacity,” considering the death threats he got for ratting out other gang members for a lighter prison sentence in 2019. User @japaneseebarbb wasn’t liking T’s new appearance, tweeting, “Looks like 6ix9ine glued a lace front on his chin.” Tekashi does love attention, even if it is in the negative form.