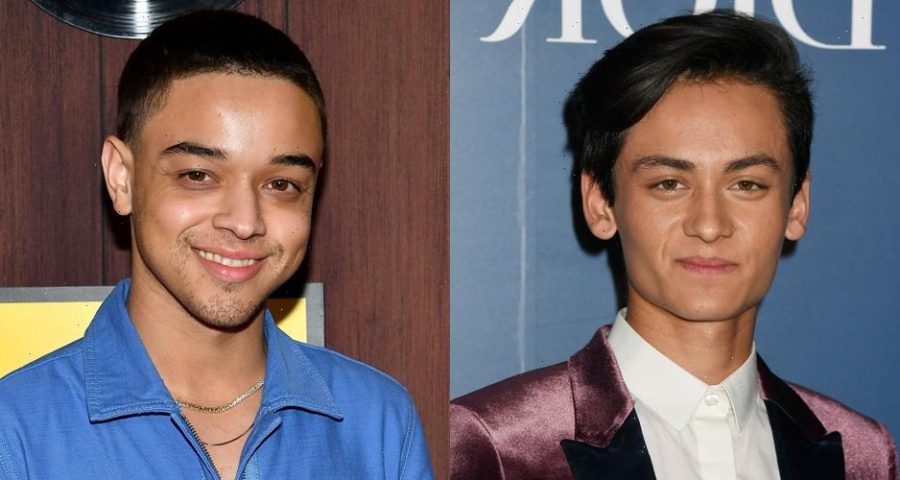 It was recently announced that Tenzing Norgay Trainor, Jason Genao, Aparna Brielle, Zoe Colletti and Mason Versaw have all joined the cast of the upcoming live-action comedy limited series.

This will also reunite Jason with Lauren Iungerich, who was a writer and co-creator for On My Block. She serves as co-showrunner for Boo, B–ch alongside Erin Ehrlich.

Get more details inside…

Here’s a synopsis: Over the course of one night, a high school senior, who’s lived her life safely under the radar, seizes the opportunity to change her narrative and start living an epic life, only to find out the next morning… she’s a motherf*%king ghost.

Lana Condor not only stars in the series as Erika, but she is also executive producing.

Production begins in Los Angeles in September. Find out more about the new characters below…

Tenzing will have a recurring role as Gavin, a member of the Afterlifers, a group dedicated to exploring the paranormal, Gavin is a known medium whose talents will prove useful to Erika and Gia.

Jason will recur as Devon. Given the unfortunate nickname of “stinky” since the third grade thanks to Erika and he’s not willing to forgive or forget.

Zoe, Mason and Aparna are all set as series regulars.

Zoe will portray Gia, who has been Erika’s best friend for over a decade. She is a bit of a goofball and an upbeat optimist who never gives up hope that she and Erika will finally make their mark in high school.

Mason will play Jake C. The object of Erika’s hopeless (or maybe not so hopeless) crush, Jake has been dating popular girl Riley, but he may finally be fed up with her “drama.”

Aparna has been cast as Riley, a mean girl who disguises her meanness through calculated manipulation. She has made Erika’s life miserable ever since their freshman year.