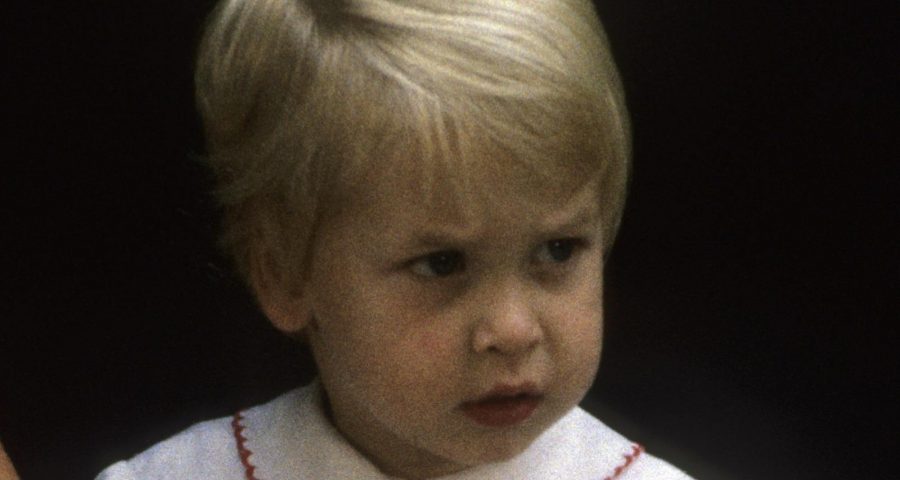 On June 21, 1982, a prince was born — and what a life he has lived since then! The prince in question is none other than His Royal Highness Prince William Arthur Philip Louis, more commonly known as Prince William, who has received the royal treatment since he was only an infant (like he is here, at 2 years old). Born to Princess Diana and Prince Charles, a young William simultaneously grew up “normal” while also growing up in preparation to one day claim the Throne of England.

Of course, while one can be born into royalty, it doesn’t mean that they know everything about royal life right off the bat. Queen Elizabeth II was in rule at the time of William’s birth (and still is in 2021), making him just third in line for the crown, behind his father. From childhood throughout adulthood, through good times and tragedy, William has embraced royal life and duties, making fit to rule someday.

Keep reading to take a trip down memory lane and relive some of Prince William’s most crucial moments throughout his life.

When you’re born into the most famous royal family in the world, your childhood is probably going to look a little different than most. Because Prince William is a direct heir to the throne, his childhood was especially filled with royal training and public appearances, though he took pretty well to it.

Unlike Prince Charles, who was left at home when Queen Elizabeth and Prince Philip would go on commonwealth tours, William was along for the ride with his father and Princess Diana — he even went with them on a tour to New Zealand when he was less than a year old (via Marie Claire). By 1984, two years after William’s birth, Prince Harry was born and joined the family in tours and royal duties at a young age as well.

Because Diana was determined to raise her sons as normally as possible, she opted to send them to Wetherby School in Kensington as opposed to bringing in a governess to teach them in the palace (via History Extra). Per the same publication, William also recalled how “informal” his mother was in a documentary that commemorated her death: “She understood that there was a real life outside of palace walls.” This “real life” took place in the form of vacations, days out, and also trips to visit sick people, which Diana considered to be an important glimpse into life outside of the royal bubble.

On August 31, 1997, an immense tragedy rocked the royal family: Princess Diana died in a car accident (via History). Though she and Prince Charles had officially divorced the year before, her death came as a shock to people across the world, as many people publicly mourned Diana, who had famously been dubbed “the people’s princess.”

While the public mourned Diana, there were two people who arguably mourned her more so than anyone else: Prince William and Prince Harry. At the time of Diana’s death, William was only 15 years old and Harry was only 12. Though the young princes had to put on brave faces for their mother’s funeral, there was plenty of mourning that went down behind the scenes.

In an HBO documentary, “Diana, Our Mother: Her Life and Legacy,” William and Harry opened up about losing their mother at such young ages. In particular, William expressed how hard it was to cope with her being gone. “It’s like an earthquake has just run through the house and through your life and everything,” William explained in the doc, via Town & Country. “Your mind is completely split.”

Despite such a loss, William also used his late mother’s strength to get through his grief: “Slowly, you try and rebuild your life, and you try and understand what’s happened, and I kept saying to myself that, you know, my mother would not want me to be upset.”

While many people can’t imagine Prince William without his wife, Kate Middleton, by his side, the royal couple were once merely strangers who attended the same university. As any royal fan knows, the two would date for years before becoming engaged and would eventually marry in one of the most iconic weddings of all time.

According to Town & Country, William and Kate both attended the University of St. Andrews after enrolling in 2001, and the two began dating and were even roommates at one point. After a brief breakup in 2007, the couple got back together, and by 2010, they announced their engagement. “We had a little private time away together with some friends, and I just decided it was the right time really,” William explained in the couple’s engagement interview.

By 2011, William and Kate married in a grand, extravagant, and very public wedding at Westminster Abbey. After their marriage, Queen Elizabeth granted them the title of Duke and Duchess of Cambridge, thus solidifying their status as one of the most famous couples in the world.

Having kids was 'life-changing' for Prince William

After Prince William and Kate Middleton wed in 2011, fans of the royal family eagerly anticipated when the couple might start a family. On July 22, 2013, William and Kate’s first child, Prince George, was born to celebrations across the world. In 2015, Princess Charlotte was born, and in 2018, the couple rounded out their family with Prince Louis.

As any parent knows, having children is a life-changing event, and it definitely affected Prince William. During a discussion for the BBC documentary “Football, Prince William and our Mental Health,” William got candid about fatherhood and how much his kids have changed his life (via Town & Country).

“Having children is the biggest life-changing moment, it really is,” William explained. He also talked about how the emotions surrounding his mother’s death came up when his kids were born. “I think when you’ve been through something traumatic in life…the emotions come back, in leaps and bounds,” he said.

Fortunately, William and Kate have adapted to parenthood together, making it easier on them both. “Me and Catherine particularly, we support each other and we go through those moments together and we kind of evolve and learn together,” the prince explained of raising his three young children.

Despite obstacles and drama, Prince William is forging on

Prince William has lived quite a life so far, and it’s been a very public one, too. From tragic events like the death of his mother to happy events like his marriage to Kate Middleton and the birth of their kids, William has gotten through big life events with calmness and class.

Of course, his life hasn’t been drama-free. Ever since his brother, Prince Harry, stepped back from the royal family with his wife, Meghan Markle, William and the rest of the family have been under harsh speculation, especially after Harry and Meghan’s tell-all interview with Oprah Winfrey. According to Us Weekly, William feels that Harry is “putting fame over family,” especially after the interview, which has left the brothers in a tense relationship. Despite reuniting briefly for Prince Philip’s funeral, the two remain at odds, with Harry quickly returning home after the service.

Despite family drama, William has always put duty first, and it seems that he will continue to do so. As a direct heir to the throne, William has grown up under a microscope, though he has always appeared polished, poised, and eager to maintain the dignity behind the monarchy.

In the next few decades, William will become King of England, and many people have watched the prince grow up and are eager to see him step into the role.