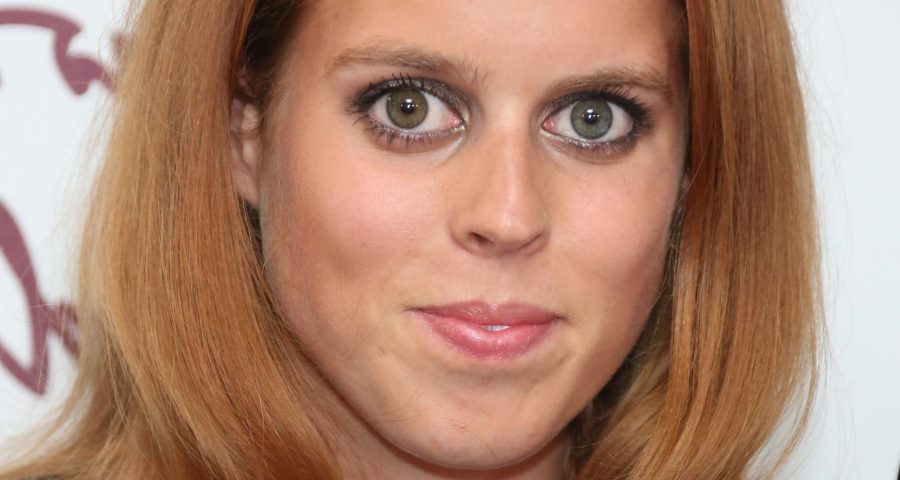 Princess Beatrice is the eldest daughter of the Duke and Duchess of York, Prince Andrew and Sarah Ferguson. She’s currently ninth in line to the throne (though that’ll soon change to tenth upon the birth of Prince Harry and Meghan Markle’s second child). She is the fourth most powerful royal woman in the United Kingdom, outranked only by Queen Elizabeth II, the Duchess of Cornwall, and Princess Charlotte.

But even though she’s very clearly royal and has the title of “princess,” Beatrice hardly relies on her royal connections throughout her life. “I don’t want any of that. I’m just Beatrice,” she said, via Hello. “Maybe before they meet me people might be a bit scared, but once they find out I’m just me it should make it easier.”

She attended school close to home and then went to university in London, though moved into her own apartment at St. James’ Palace, per Hello. She dated American Dave Clark for a decade before breaking up with him in 2016, reported Insider. She then met her now-husband Edoardo Mapelli Mozzi in 2018 and the two tied the knot in 2020. Now, they are expecting their first child together.

But just how much has Beatrice changed throughout the years? Keeping scrolling to see Princess Beatrice’s transformation from 2 to 32 years old.

Born in 1988, Princess Beatrice enjoyed the attention of her parents, Prince Andrew and Sarah Ferguson, for two years before her sister, Princess Eugenie, joined the picture. However, the arrival of Eugenie didn’t seem to be an issue for Beatrice, and the two are reportedly very close. Although the sisters are only 21 months apart (as reported by Town and Country), they are quite different from one another.

According to Eugenie, it was those differences that made them so close. “We get on fantastically well, perhaps because we do and think different things,” Eugenie said in an interview with The Telegraph. “Like at a party, I will say to Beatrice as we go in, ‘Oh, you go first.’ But then, when we’re actually in, I am much louder and she is far more polite and solicitous.”

Their differences also extend to their fashion sense, with Beatrice preferring more glamour than Eugenie, per Town and Country, though the two have remained close throughout the years, especially after the scandals they’ve had to endure because of their parents. Beatrice has maintained a very close relationship with her mother and sister, and the three of them refer to themselves as “the tripod.”

When asked about her role models, Beatrice pointed to both her mother and her grandmother, saying they were both “formidable women,” reported E! News. The two sisters even lived together for a time, sharing an apartment at St. James’ Palace prior to Eugenie’s wedding, per Town and Country.

She was close with her cousins

Princess Beatrice is what some people call a “blood princess,” meaning she is a princess by birth, unlike someone like Kate Middleton, who received her “Her Royal Highness” designation by marrying into the family. As such, Beatrice has been around the senior royal family her entire life, enjoying a close relationship with her cousins, Prince William and Prince Harry, while they were growing up.

Princess Diana and Sarah Ferguson were quite close at some points in their lives, as their mothers were best friends and the two women were actually fourth cousins, reported Harper’s Bazaar. And at one point, the cousins were almost treated like equals, holidaying together and spending time with Diana. A source told the Daily Mail that “Diana would take the boys swimming at Fergie’s house every Sunday” and mentioned that “in 1996, they all went on holiday together to the South of France. They were so close, despite the age gap [there are six years between William and Beatrice].”

That relationship would soon falter, however, as the connection between the princes and princesses — Diana — died and thus could no longer bring the families together. With Prince Charles’ known dislike of Sarah and his insistence that the royal family be reduced, tensions have since grown between Beatrice and William, though she maintains a friendly relationship with Harry, who has vacationed with the Yorks away from William, per Harper’s Bazaar.

It’s no secret that Princess Beatrice loves fashion; she’s often seen in fashion-forward outfits and has attended the Met Gala, per Vogue U.K. The publication wrote she is a fan of fitted dresses with bold colors that complement her red hair and pointed-toe heels, often choosing to wear looks from iconic designers like Gucci, Burberry, and Erdem.

However, not every fashion decision she’s made has been a winner. Probably the most iconic fashion moment of Beatrice’s (and her sister’s, Princess Eugenie), was the dress and fascinator she wore to her cousin Prince William’s wedding. While the wedding was a supremely high-profile event, and guests were expected to go all-out in their fashion choices, Beatrice and Eugenie turned heads with what they wore on their own.

Beatrice stepped out in a nude Valentino Haute Couture dress, reported Harper’s Bazaar, and wore a one-of-a-kind fascinator designed by Philip Treacy. The fashion choice landed Beatrice on many worst-dressed lists for the wedding, and people criticized her specifically for what they dubbed her “pretzel hat.” However, Beatrice was able to turn the situation around, selling the hat for £81,000 that she donated to Unicef and Children in Crisis, Vogue U.K. reported.

She made history with her wedding

Princess Beatrice’s wedding was unique in many ways. From having to be delayed because of the coronavirus pandemic, to being planned only in two weeks after the United Kingdom lifted its ban on weddings (per People), it’s safe to say the wedding was memorable. But it was groundbreaking in other ways as well.

Beatrice broke tradition when she married Edoardo Mapelli Mozzi, who designed a different type of wedding band for the princess. Ever since the Queen Mother’s wedding in 1923, all royal brides, including Kate Middleton, Meghan Markle, and Princess Eugenie, have worn wedding bands made of Welsh gold, People reported. However, Edoardo reportedly chose platinum for Beatrice’s wedding band instead, as he thought it better matched the engagement ring he designed.

Beatrice’s dress was also unique. She was the first royal bride to wear a borrowed dress for her wedding, a direct result of the coronavirus’ impact on her wedding. She wore one of Queen Elizabeth II’s dresses, “a vintage ivory Peau de Soie taffeta dress by Normal Hartnell — the same designer who crafted Elizabeth’s own WWII-era wedding gown,” People detailed. The publication wrote the queen wore the dress on three occasions in the ’60s, including the re-opening of Parliament in 1967 and the world charity premier of “Lawrence of Arabia.”

Beatrice’s tiara also had special meaning. She wore the Queen Mary diamond fringe tiara, the same one worn by the queen and Princess Anne for their own weddings.

On May 19, 2021, Princess Beatrice announced via Buckingham Palace that she and her husband, Edoardo Mapelli Mozzi, were expecting a baby, due sometime in August, Vanity Fair reported. The news comes just 10 months after the two tied the knot in an intimate, socially distanced wedding ceremony and will give Queen Elizabeth II her twelfth great-grandchild, after Prince Harry and Meghan Markle’s baby girl is born, which is expected to be sometime in the early summer.

Beatrice is joining her sister, Princess Eugenie, in giving birth in 2021. Eugenie welcomed her son, August, in February. The announcement was met with joy and the Daily Mail captured a few photos of the princess and her husband out and about, showing off her baby bump. The princess looked radiant and low-key, seemingly thriving in her pregnancy.

And although their child may not get a title from the British monarchy (Eugenie’s son doesn’t have one either, as titles are passed down via the male line and neither sister’s husband was given a title upon their marriage) they will have one from the Italian side. According to the Daily Mail, Edoardo is a count and Beatrice became a contessa upon their marriage. That means any child, whether male or female, will inherit an Italian title as well, and any male descendent will eventually inherit the Mapelli Mozzi ancestral home near Milan.