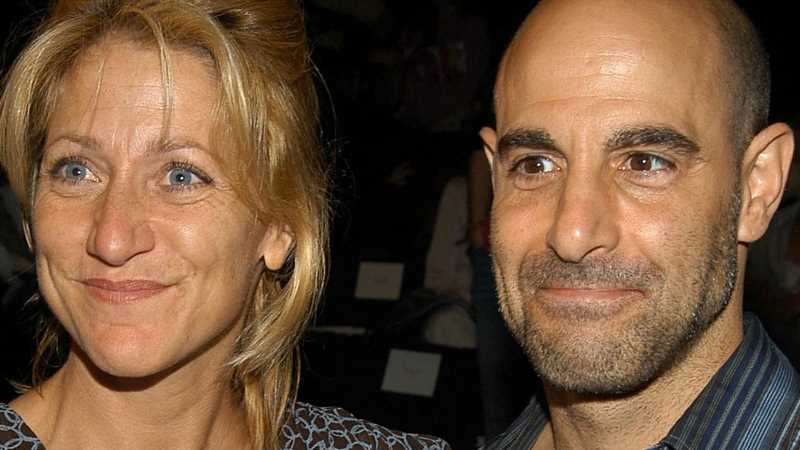 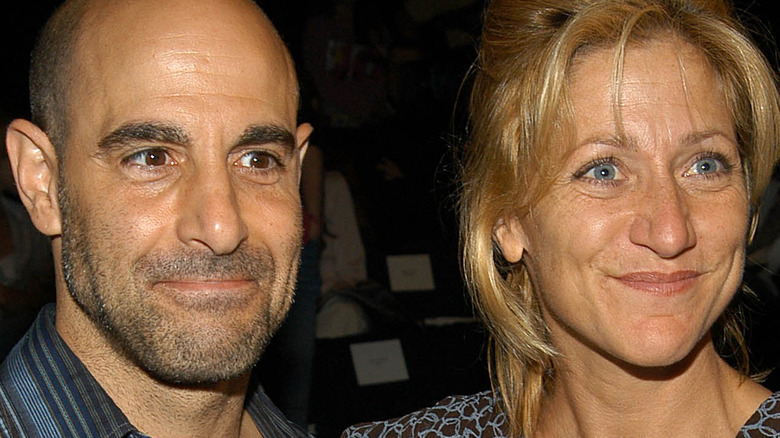 In 2002, Edie Falco and Stanley Tucci were cast as the leads in the Broadway revival of “Frankie and Johnny.” The play began with the two fully nude in bed together, which according to Falco was the only way to “make an audience believe” the two characters were having sex together (via InStyle). At the time, Falco insisted it wasn’t awkward because Tucci was “in love with his wife and [had] a family,” and “it might be [weird] were that not the case.”

Well, things quickly got “weird” when Tucci began an affair with Falco and left his wife, Kate Tucci, for her. According to The Guardian, the two were “admonished by the press,” and it definitely didn’t look good for Tucci to not only leave his wife of seven years, but his kids as well. The relationship was doomed from the start, and eventually, Tucci went back to his family. While the relationship may be known to many — and there are plenty of what InStyle calls “awkward” photos together — the relationship itself was kept pretty private.

Falco had a crush on Tucci while in college 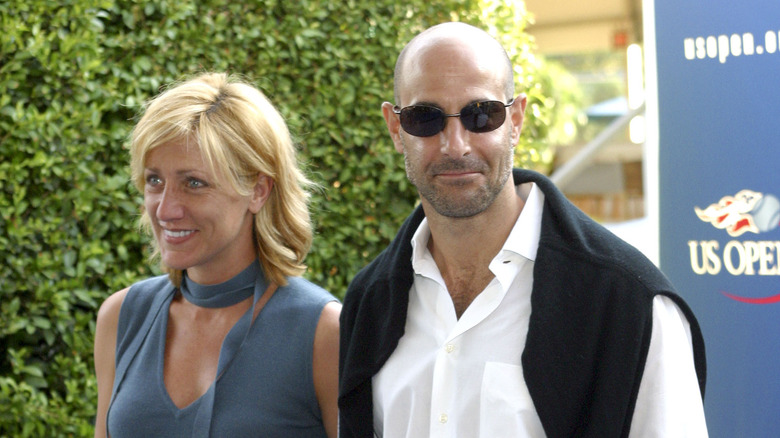 Even Stanley Tucci and Edie Falco haven’t said much about their affair. In one interview for The New York Times, Falco briefly dished on the relationship saying, “We were together and then we broke up.” As obvious as that is, the “Nurse Jackie” actor has also said that Tucci is “a lovely man” and she was “thrilled” that he was “back with his wife and kids.” Falco even admitted to having a bit of a crush on the actor before they even met.

According to Vulture, Tucci went to SUNY Purchase right before Falco attended the college, and at the time, he was “like the captain of the football team that they all still talk about.” Apparently, everyone had a crush on the actor, and it wasn’t until “Frankie and Johnny” when the two would meet. Falco’s school girl crush would become a reality, even if it was short-lived.

After the two called it quits, Tucci stayed with his first wife until her death in 2009. Kate Tucci died of breast cancer, and “The Lovely Bones” actor has said that he has never stopped grieving. Even though it’s been over a decade, Tucci admitted to People that “It’s still hard. And it will always be hard.” He has since remarried, to Felicity Blunt in 2012, according to Hello! magazine, while Falco has never married.