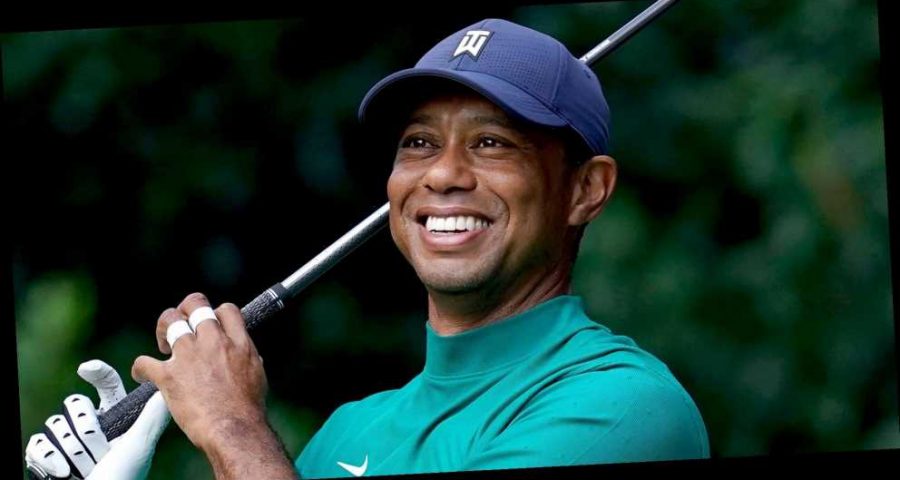 Counting his blessings. Tiger Woods feels “lucky to be alive” after suffering major injuries in a single-car crash in California last month, a source exclusively reveals in the new issue of Us Weekly.

“He’s very grateful the rescuers got there when they did,” the insider adds. “All of his friends and family members have been so supportive, he really couldn’t ask for more in that regard.”

Woods, 45, was rushed to the hospital on February 23 after his vehicle hit a median and crossed over into oncoming traffic, rolling over several times. At the time, authorities from the Los Angeles County Sheriff’s Department said that the golfer “seemed as though he was lucid and calm” when help arrived at the scene. He was removed from the damaged SUV with an ax and other tools, although it was first reported that rescuers used the “jaws of life.”

Shortly after the crash made headlines, Woods’ manager, Mark Steinberg, told Golf Digest that the 11-time PGA Player of the Year had “multiple leg injuries.” His team confirmed two days later that Woods was transferred to a different hospital to continue his recovery after surgery.

“Tiger has moved to Cedars-Sinai Medical Center and received follow-up procedures on his injuries this morning. The procedures were successful, and he is now recovering and in good spirits,” a Twitter statement revealed. “Tiger and his family want to thank you all for the wonderful support and messages they have received over the past few days. We will not have any further updates at this time.”

Celebrity Health Scares Through the Years

This isn’t the first time that Woods has gotten into trouble behind the wheel. In May 2017, the 15-time major champion was booked for driving under the influence after taking opioid painkillers and four different prescription drugs, including Xanax and Ambien. At the time, he pleaded guilty to the charges and completed a 12-month probation, along with DUI school and community service.

As he continues to heal from his injuries, Woods isn’t expected to face any reckless driving charges for the February incident. “This is purely an accident,” Los Angeles County sheriff Alex Villanueva previously said during a virtual press conference, noting that the California native wasn’t under the influence of any substances.

While it won’t be easy to bounce back after surgery, Woods is confident that he’ll make a swift recovery.

“This is the biggest challenge he’s ever faced, but if anyone can do this, it’s him,” the source tells Us. “Tiger is a born winner who will somehow find a way to beat the odds.”

Tiger Woods’ Ups and Downs Through the Years

The five-time Masters tournament champ broke his silence on the accident via Twitter on Sunday, February 28, thanking fans for their support. “It is hard to explain how touching today was when I turned on the tv and saw all the red shirts,” he wrote as athletes honored him during a Florida golf tournament. “To every golfer and every fan, you are truly helping me get through this tough time.”

For more on the aftermath of Woods’ crash, watch the video above and pick up the latest issue of Us Weekly, on newsstands now!