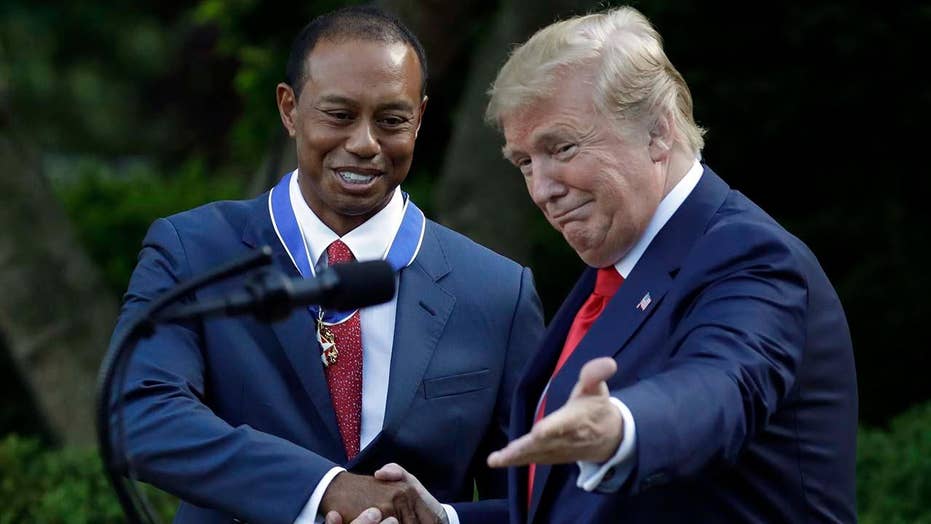 Tiger Woods was chided Monday night moments after receiving the Presidential Medal of Freedom award from President Trump about a month after his remarkable win at the Masters.

Woods won his fifth green jacket in April and received high praise from Trump, who has been friends with the golf icon since long before he stepped into the Oval Office. While Woods became the first active athlete to receive the nation’s highest civilian honor, he faced criticism by some analysts for receiving the award.

“NBC Nightly News” correspondent Kristen Welker mentioned criticism over Trump’s decision to give Woods the Presidential Medal of Freedom despite still having a “flourishing career.” Woods only has one win on the PGA Tour this season and had only one win last season. Before that, Woods hadn’t won an event since the WGC-Bridgestone Invitational in 2013.

The “Nightly News” broadcast then played a clip of Washington Post columnist Eugene Robinson suggesting that the award was diminished.

“He gives this award, which was a hallow award, maybe someday it will be one again, to people he wants to associate himself with. And so, he likes golf,” Robinson said. 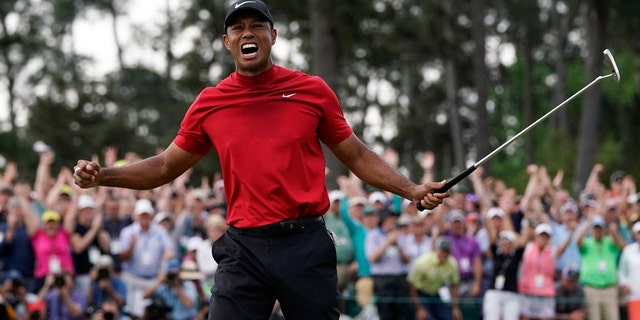 CNN’s Jim Acosta likened Woods receiving the award to “somewhat of an advertisement” while noting that Woods and the Trump Organization have done business together in the past.

“That obviously shows that there are some business ties between these two men. And I suppose a critic could argue after watching all of this that there might be somewhat of an advertisement going on here, a TV ad going on here in handing out this Presidential Medal of Freedom to Tiger Woods. It is, in effect, publicizing one of the Trump golf courses there in Dubai that Tiger Woods had a hand in. Although we should point out that particular course has not opened yet.”

Armen Keteyian, who co-authored a biography about Woods, told CBS News the golfer deserved the award but added: “there’s no question there is a branding and a marketing opportunity through the eyes of the President.”

Even before Woods stepped into the Rose Garden, he was receiving criticism.

“Mr. Woods has made his choice, and part of his legacy will be embracing a man who incited bigotry and racism,” the editorial said, adding that the president “regularly demonizes minorities and emboldens those who hate.” 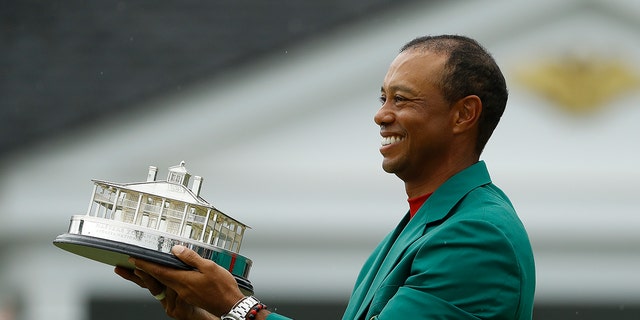 Rick Reilly, the author of “Commander in Cheat: How Golf Explains Trump,” told The New York Times that Woods accepting the Presidential Medal of Freedom “puts a big stain” on the golfer.