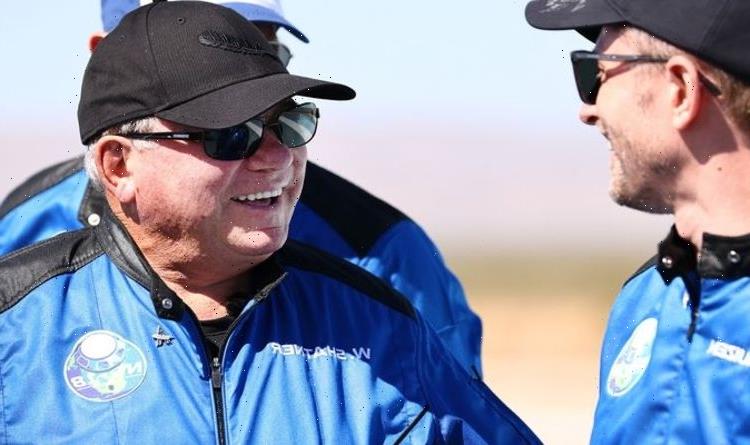 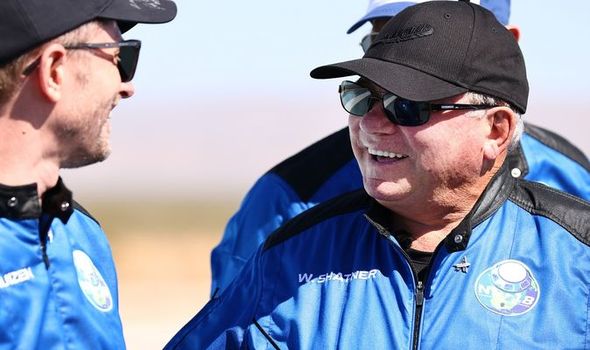 WHEN he boldly went into space for real this week, William Shatner became the world’s oldest astronaut. But the 90-year-old Star Trek legend is just one of a host of golden oldies still showing the youngsters how it’s done. Whether the field of excellence is acting or painting or music, these inspirational celebrities are breaking records and winning awards at an age when most of us are taking it easy.

At the 93rd Academy Awards in Los Angeles this year, British actor Sir Anthony Hopkins won the Best Actor Oscar for his performance as an elderly man with dementia in The Father. It was the second time Hopkins was named best actor – he won in 1992 for his role as Hannibal Lecter in The Silence Of The Lambs – which might explain why he didn’t bother to stay up to see how the awards worked out.When his victory was announced, he was asleep in bed in Wales. It makes Hopkins the oldest ever Oscar-winning actor, an honour previously held by the late Christopher Plummer, who was 82 when he won for Beginners in 2011.

In another week of firsts, Sir Elton John reached a historic milestone with his latest single Cold Heart – a collaboration with Dua Lipa – as the first musical act to score a Top 10 single in six different decades. It also looks set to knock Ed Sheeran off the No 1 spot. Elton’s hit Step Into Christmas reached the Top 10 in 1973 and again in 2020. With his latest hit, the star overtakes Elvis Presley, Cher, Cliff Richard, Michael Jackson and David Bowie, who each had Top 10 singles in five different decades. Unsurprisingly, the decade in which Elton reigned supreme was during the 1970s with hits such as Your Song, Rocket Man, Goodbye Yellow Brick Road and – his first UK No 1 – Don’t Go Breaking My Heart, with Kiki Dee.

The Italian takes charge of Watford for the first time tomorrow when they play Liverpool, four days before turning 70, and becomes the oldest current Premiership manager. But he has his eyes on a record: beating Roy Hodgson, who left Crystal Palace in May, just before his 74th birthday. Ranieri, who won the Premier League with Leicester City in 2015-16, said: “Football is my life. If I feel good, I want to continue until I’m 80.” SirAlex Ferguson, Neil Warnock and Sir Bobby Robson are the only other Premier League managers who continued into their 70s. And at 72, Warnock is still in management as boss of Championship side Middlesbrough.

The octogenarian Welshman’s fourth number one album – and his first since 1999’s Reload – knocked chart-toppers London Grammar off the top spot earlier this year. It made him the oldest male artist to land a No 1 album on the Official Chart – as well as the oldest artist to score a chart-topping studio album of new material at 80. Surrounded By Time finds him re-interpreting some old favourites including ballads such as The Windmills Of Your Mind, which won the Oscar for Best Song in 1969. “I am thrilled beyond words,” Sir Tom told the Official Charts Company. Setting a new chart record, he said, was “tremendous, just unbelievable”.

Her Majesty officially claimed her record as the longest-reigning British monarch on September 9, 2015, when she overtook her great-great-grandmother, QueenVictoria. Next year, she will also become the first British monarch to celebrate a Platinum Jubilee, marking 70 years since her accession to the throne on February 6, 1952. Queen Elizabeth is also steadily rising up the table of the world’s longest-reigning monarchs and is now in fourth place. Still holding on to the top spot, with an impressive 72-year and 110-day reign, is Louis XIV of France who ruled from May 14, 1643 to September 1, 1715.

For four decades he played Captain James T Kirk, the fearless commander of the USS Enterprise in Star Trek, yet a brief but successful flight into space reduced William Shatner to tears after he touched down at a landing site in the Texas desert. Shatner told Amazon tycoon Jeff Bezos, founder of the private space company Blue Origin, that his 11-minute journey had a profound effect on him. “I hope I never recover from this,” he said alongside his three civilian crew mates and declared himself “overwhelmed”. Bezos, who pretended to be Captain Kirk as a kid, has sold $100million worth of tickets and aims to dominate the fledgling space tourism industry.

With her recent appearance as the narrator in the Disney musical Beauty And The Beast, which went on tour in the UK from Broadway, Dame Angela Lansbury is surely one of the oldest stage actresses still working and one of the most prolific of her generation. British-born Lansbury, who turns 96 tomorrow, played Mrs Potts in the animated Beauty And The Beast film. Her lengthy career started during the Golden Age of Hollywood. She won a new generation of fans with her TV series Murder, She Wrote, and just two years ago appeared as Lady Bracknell in OscarWilde’s comedy The Importance of Being Earnest on Broadway.

The British painter, draughtsman, printmaker, stage designer and photographer is considered one of the most influential British artists of the 20th century and, still working at the age of 84, is also one of the oldest. Hockney’s work, produced from studios in his native Yorkshire as well as London and California, also commands record-breaking prices. In 2018, his 1972 work Portrait Of An Artist (Pool With Two Figures) sold at Christie’s in New York for £65million, becoming the most expensive artwork by a living artist sold at auction. He held this record until 2019 when Jeff Koons’ Rabbit sold for more than £66million. He had a new exhibition at the Royal Academy in London earlier this year.

Presented with a Chatham House Centenary Lifetime Award this week, Sir David is the longestserving TV naturalist. He made his debut on the BBC children’s programme Animal Disguises on September 2, 1953, and has remained on our screens to the present day. Earlier this year he narrated A Perfect Planet for BBC One. He has the distinction of being the only person to have won Bafta awards for TV series in black and white, colour, HD and 3D formats. Last year he added to his accolades by achieving the fastest time to reach one million followers on Instagram, taking just 4 hours and 44 minutes (although this feat has since been surpassed by Harry Potter star Rupert Grint), overtaking Jennifer Aniston.

When A-lister Jane Fonda re-released her original routines on DVD in 2015, sales went through the roof. Then lockdown turned her into TikTok’s oldest Oscar-winning fitness guru. Fonda, 83, who won the Best Actress gong twice in the 70s, for Klute and Coming Home, has changed her exercise style. “I have osteoarthritis, so I can’t lift heavy weights,” she says. Instead she uses resistance bands and floor work. “I work every muscle group but I do it slowly.” She must also be the oldest Oscar winner to go to jail. She spent the night in custody inWashington DC two years ago after being arrested at a climate change demo.