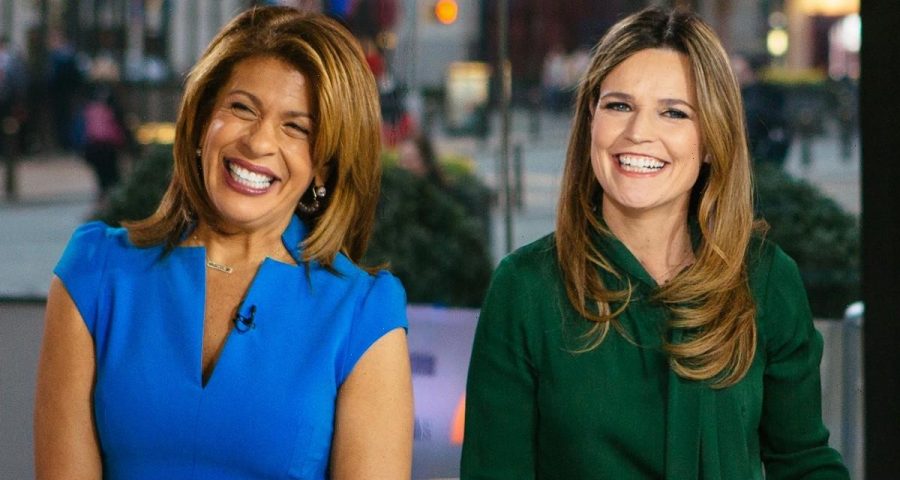 Savannah Guthrie got her Today Show fans talking on Wednesday when she shared a series of pictures of her and co-anchor Hoda Kotb pulling silly faces.

“Wednesday in facial expressions,” she captioned the post which saw Hoda and Craig Melvin both looking perturbed as Savannah rolled her eyes while gesturing with her hands as she told a story.

WATCH: Savannah Guthrie’s video to her kids from Team USA

In a second snap the three of them all wore big smiles as they cheered at someone off-camera, while a third included Al Roker and Carson Daly as the five hosts all watched something take place off-screen.

“Freeze frame!” joked one fan as another commented: “You make the show so much fun.”

“When you look fabulous even making an eye roll face,” quipped another as many left laughter emojis and heart emojis.

Savannah has a close relationship with her Today Show co-stars, and displayed as much with her recent Instagram post, when she welcomed Dylan Dreyer – who has been out on maternity leave for the past few months – back to the set with a warm hug.

The mom-of-two included shots of herself and Dylan catching up behind the scenes, along with an emotional one of the two locked in a tight embrace.

“She’s back!!!!! So happy to have @dylandreyernbc back home with us,” she captioned her post, with Dylan sweetly responding: “I’ve missed you!!!”

Savannah recently made her own return to the show following a bout with COVID right after her co-star Hoda Kotb came back safely.

She included Hoda and Craig in the pics as well

Alongside a picture of herself and Hoda with their screens side-by-side while she worked from home, she shared: “Trading places with @hodakotb! She is back in studio and is now negative, and now I just tested + for covid! So working from home a few days. Feel good, just a few sniffles!”

Fans inundated the Today star with support and words of encouragement and positivity while she recovered, isolating with the help of her husband Michael Feldman and kids Vale and Charley.