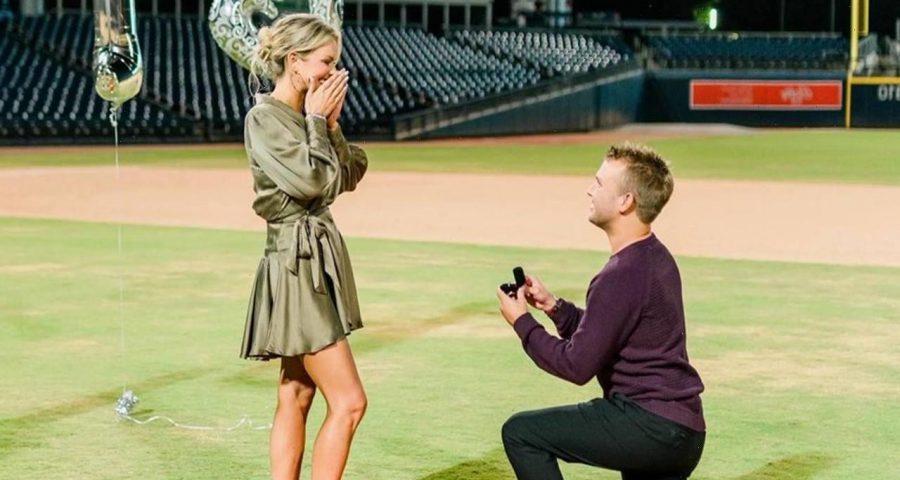 The 26-year-old ‘Chrisley Knows Best’ star popped the question to his girlfriend of two years back on October 5 at First Horizon Baseball Stadium in Tennessee.

AceShowbiz –Chase Chrisley is hearing wedding bells. Having gotten engaged to his longtime girlfriend Emmy Medders, the son of Todd Chrisley and Julie Chrisley gushed about being “the luckiest” man.

Making use of Instagram on Friday, October 21, the 26-year-old shared several pictures from the proposal. “I am the luckiest man in the world, being able to call you mine forever is a blessing straight from God,” he first gushed in the caption.

“You are the sunshine when it’s dark, you are the rain when it’s dry. I love you more than life itself and can’t wait to live forever with you! To you my love!” he went on raving. “Thank you for taking me FOREVER!! @emmymedders.”

The “Chrisley Knows Best” star popped the question to his girlfriend of two years on October 5 at First Horizon Baseball Stadium in Tennessee. In an interview with PEOPLE, he said, “It was the perfect night… There’s no doubt I want to spend the rest of my life with Emmy. We can’t wait to build a family together.”

For the proposal, Chase had to rent out the stadium to put 175,000 rose petals on the field in the shape of a heart. Claiming that she wasn’t aware of her now-fiance’s plan, she recalled, “I was so surprised… I had no idea it was happening.”

The pair’s families were hiding in the dugout to witness the special moment. “My dad is sick with ALS, so it was very special moment that he could travel to Nashville and be on the field,” Emmy said, before Chase chimed in, “It was really important for me that her dad was there to see it.”