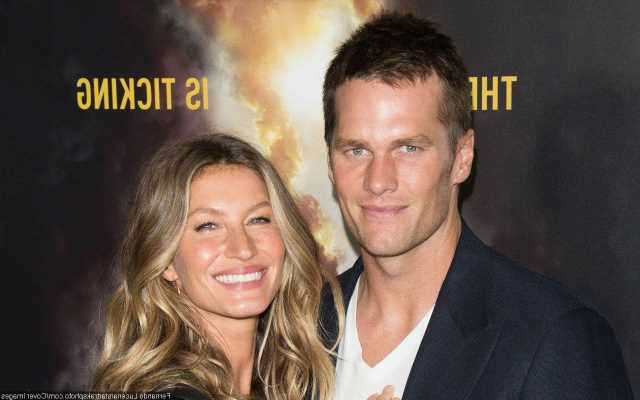 The Tampa Bay Buccaneers player has been ridiculed on social media after showing his tantrum during game against the New Orleans Saints amid alleged marital drama, which allegedly stemmed from his NFL return.

AceShowbiz –Tom Brady seemingly hasn’t enjoyed playing the New Orleans Saints amid rumored marital issues, which allegedly stemmed from his NFL return, with his wife Gisele Bundchen. During the game, the Tampa Bay Buccaneers player was spotted throwing an iPad in frustration.

In a video surfacing online, the 45-year-old footballer could be seen looking miserable during the Sunday, September 18 game. After the Buccaneers started the second half with a stalled drive and punt, the athlete could be seen shouting at his teammates on the way to the bench.

Once he arrived at the Buccaneers sideline, the seven-time champion threw his helmet and continued to take his anger out by throwing an iPad to the ground. Many have since joked about his tantrum.

“This man is almost 50,” one person wrote on Twitter. A separate person echoed a similar sentiment as tweeting, “Tom Brady might be 45 but he throws his iPad as if he’s 4.” A third added, “Tom brady throwing a fit and chucking an IPad AGAIN is exactly why Gisele leaves him. No one else is out there throwing a tantrum.”

Another joked, “His best throw of the day.” Someone else tweeted, “Needed by Tom Brady:anger management sessions, a new IPad,a babysitter,marriage counselor,housekeeper. Retirement would have been so easy! I’m with Gieselle.”

His tantrum aside, Tom allegedly “knows that this is his last season” in the NFL “if he wants to stay married” to Gisele, who wants him to be “more present” for the kids. Though it’s said that his marriage is not “over by any means,” the athlete reportedly knows he will have to retire permanently from playing after the season to smooth over any marital issues.

Amid the rift between the married couple, Gisele was seen getting emotional on the phone during a recent New York City outing. While walking along Hudson River Park, near the Tribeca apartment she shares with her husband, on Wednesday, September 14, the Brazilian supermodel was caught wiping her tears.

An eyewitness said, “Gisele was walking on her own on the West Side, crying into her mobile phone.” A separate source speculated the supermodel may have been on the phone with Tom.