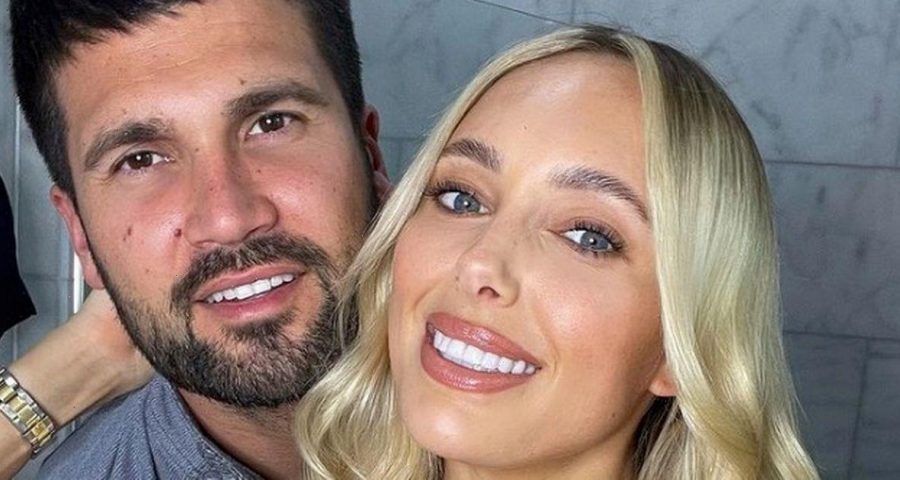 Amber Turner and Dan Edgar's romance has reportedly been hit by a rough patch after claims he "wants a piece" of co-star Ella Rae Wise.

Dan, 32, who recently vowed to propose to his other half "very soon" after she dropped hints, was reportedly accused of flirting with the 21 year old during a night out in Essex.

According to MailOnline, Ella sent a voice note to her friends that spread throughout Essex, claiming that Dan was "all over her" and has "always wanted a piece."

A source told the publication that Amber, 28, who recently enjoyed a holiday in the Dominican Republic to film scenes for TOWIE, is upset over being embroiled in "Essex rumours and gossip".

"Amber couldn't believe what she was hearing," the insider said. "She lives with Dan, they have been together for years and share a dog, she thought they had moved on from Essex rumours and gossip."

They added: "To be confronted with this all during filming for the new series in the Dominican Republic was hard for her too, she didn't expect to be at the forefront of another storyline about her relationship."

The publication claims the scenes between the trio will air on TOWIE.

OK! has approached Dan, Amber and ITV for further comment.

Dan has previously admitted to cheating on Amber back in 2017 while he was on a lads trip in Dublin. Speaking to her on the phone at the time, he said: "I did, yeah. I went out one night and I got drunk and slept with someone."

Just a few months ago Amber and Dan enjoyed a romantic trip in the coastal hamlet of Cairndow in the Scottish Highlands together.

The couple took to their social media pages to share a glimpse inside their getaway as they set off in First Class from London Euston Station to the three-star Drimsynie Estate Holiday Village with their adorable Goldendoodle Oliver in tow.

Dan and Amber stayed in the Albatross Platinum Hot Tub Lodge which has one bedroom along with a spacious kitchen, sound bar and double walk-in shower with prices starting from £67 per person, per night.

Amber still managed to look chic in the pouring rain as she posed in a black duvet coat with patent boots and brown leggings along with her Louis Vuitton bag to store her walking essentials.

Oliver also looked set for the staycation in a black waterproof coat to protect his fur from the elements with Amber sharing a before and after snap of the pooch following their walking in the drizzly weather.

Dan made sure he was also matching Oliver and Amber as he donned a black puffer jacket with a cap in the same hue to protect his hair.

The star also shared a tour of the gorgeous cabin and revealed how it was a "nice little home for a few days" with his girlfriend.

For all your updates on Amber Turner, Dan Edgar and TOWIE, sign up to our daily OK! newsletter.