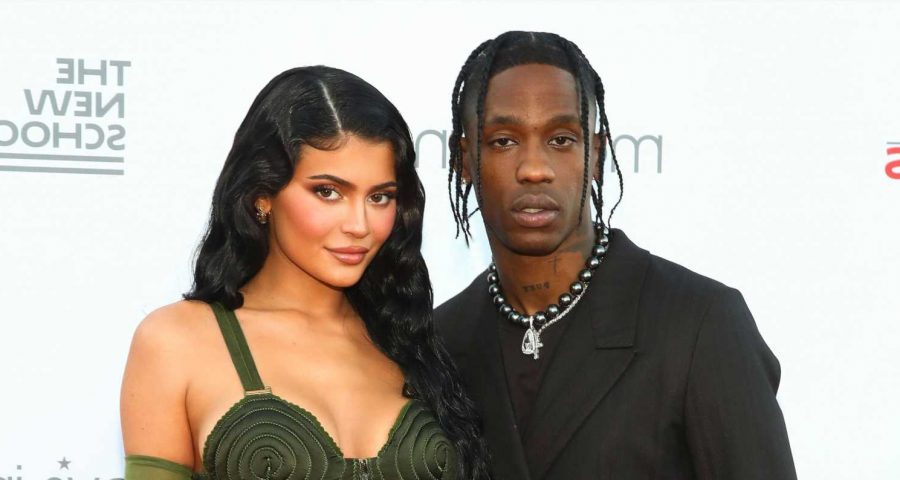 In the wake of the chaotic and deadly end of Travis Scott’s Astroworld festival in Houston over the weekend, the rapper is facing “more than a dozen” lawsuits, NBC News reported on Nov. 8. According to TMZ, Travis will also pay for funeral costs for those who died and offer mental health services via BetterHelp to anyone affected by the tragedy. Eight people, ranging in age from 27 to 14, died and hundreds were injured at the Nov. 5 event when a crowd of 50,000 surged toward the stage at NRG Park. Though he reportedly stopped the show a few times, Travis ultimately performed his full set list, even as ambulances drove through the crowd in an attempt to rescue those who had been trampled or suffered cardiac arrests. At least one person in the crowd suffered a drug overdose after being stabbed with a needle, according to the New York Times. The Times also reported Houston’s police chief had expressed “concerns about the energy in the crowd” to Travis before his set. “I’m honestly just devastated. We’re actually working right now to identify the families so we can help assist them through this tough time,” the rapper said in a video on Instagram over the weekend. “Any time I could make out, you know, anything that’s going on, you know, I just stopped my show and, you know, helped them get the help they need.” Lawyers for injured attendee, Manuel Souza, however, argue in their lawsuit that Travis has a “history of inciting violence and creating dangerous conditions for concertgoers.” In 2017, the rapper was arrested for telling fans to rush the stage. Two years earlier, he was sentenced to a year of court supervision for giving similar instructions at Lollapalooza. Kylie Jenner, who’s expecting her second child with Travis, has also addressed the event on Instagram, as well, saying the two “are broken and devastated” and “weren’t aware of any fatalities until the news came out after the show.” Houston police are reportedly “in the early stages” of a criminal investigation.

Two years after she faced backlash for having her daughter, Banks’ ears pierced, Hilary Duff announced over the weekend that she’d done the same with her 7-month-old daughter, Mae. Sharing a pic of her little one rocking tiny gold earrings, Hilary wrote on Instagram, “Yes! I pierced her ears today,” then joked, “Can’t wait for the internet to call me a child abuser….again ✌🏻 lesss go.” While Mae got her first dose of big-girl bling, her mom added some new art to her own body, as well. On Nov. 8, Hilary took to her Instagram Story to show off a new tattoo on her neck — of the word “mother” in black cursive. It’s her 20th tat, according to the Daily Mail. Hilary shares daughters Mae and Banks, 3, with her husband Matthew Koma. She’s also mom to Luca, 9, whom she shares with ex, Mike Comrie.

RELATED: See which celebs had babies in 2021

Love the one you’re with! Despite recently saying he still wants to be “together” with ex, Kim Kardashian West, Kanye West is reportedly dating a model who goes by the name Vinetria. Kanye, 44, was spotted courtside with the 22-year-old beauty at his Donda Academy’s basketball game in Minneapolis over the weekend, and a source tells Page Six the two have been “hooking up for a while now.” The same insider says Vinetria was even with ‘Ye last month in Miami when he said he discussed wanting Kim back on Revolt TV’s “Drink Champs” podcast. ‘Ye, as he’s now legally called, promptly unfollowed Kim on social media last week amid news of his comments — and Kim’s rumored romance with Pete Davidson. Kim, meanwhile, is said to be feeling “protective of Kanye and his feelings and has been trying to keep her hangouts with Pete low-key,” according to an ET source. Kim filed for divorce from ‘Ye back in February.

Sarah Jessica Parker is shutting down ageist critics who’ve posted about gray hair and wrinkles as she and her castmates get ready to launch their “Sex and the City” spinoff, “And Just Like That …” next month. “There’s so much misogynist chatter in response to us that would never. Happen. About. A. Man,” the 56-year-old star says in Vogue’s December 2021 cover story. “‘Gray hair, gray hair, gray hair. Does she have gray hair?'” she continued. Recalling how many posts and headlines she’s seen about her hair, even while spending time with someone her age who’s also going gray, she added, “I’m sitting with Andy Cohen, and he has a full head of gray hair, and he’s exquisite. Why is it OK for him? I don’t know what to tell you people!” Sarah Jessica also blames social media for exacerbating the problem. “Everyone has something to say. ‘She has too many wrinkles, she doesn’t have enough wrinkles,'” she says. “It almost feels as if people don’t want us to be perfectly OK with where we are … I know what I look like. I have no choice,” she added. “What am I going to do about it? Stop aging? Disappear?”

After a years-long rift, Vin Diesel has publicly asked Dwayne Johnson to come back to the “Fast & Furious” franchise. Addressing Dwayne as his “little brother” in a long Instagram post on Nov. 7, Vin wrote, “… The time has come. The world awaits the finale of Fast 10. As you know, my children refer to you as Uncle Dwayne in my house. There is not a holiday that goes by that they and you don’t send well wishes… but the time has come. Legacy awaits. He went on to say he needed Dwayne back for the finale in order to “fulfill my promise” to their late costar, Paul Walker. “I swore that we would reach and manifest the best Fast in the finale that is 10! I say this out of love… but you must show up, do not leave the franchise idle you have a very important role to play,” he continued, adding, “Hobbs can’t be played by no other. I hope that you rise to the occasion and fulfill your destiny.” Vin and Dwayne’s rift reportedly began in 2016 on the set of “The Fate of the Furious,” where, as Vin recently told Men’s Health, he gave Dwayne “a lot of tough love to assist in getting [his Hobbs] performance where it needed to be.” Whatever that entailed led Dwayne to share (and later delete) a post in 2016 that read, “Some (male co-stars) conduct themselves as stand up men and true professionals, while others don’t,” according to CNN. 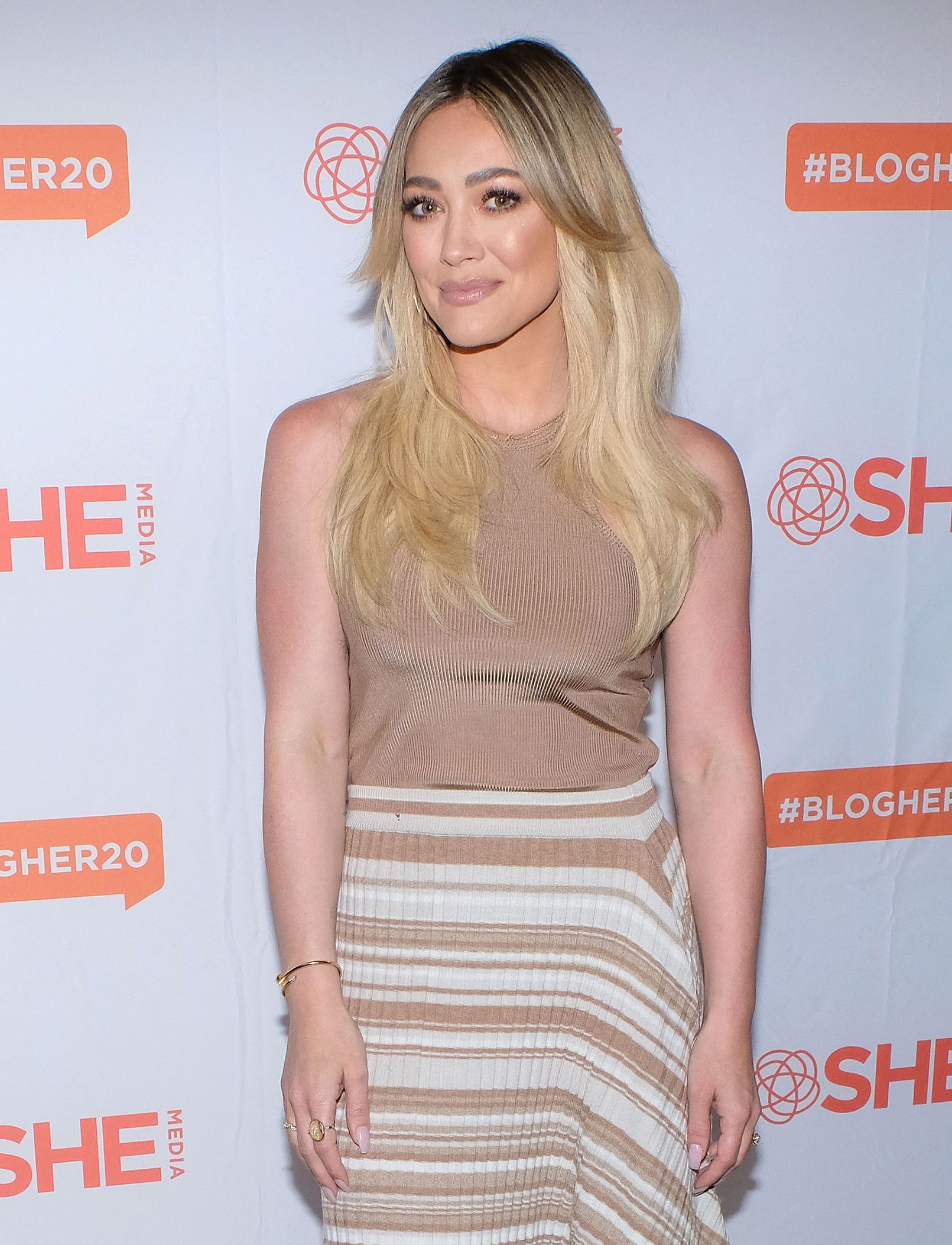 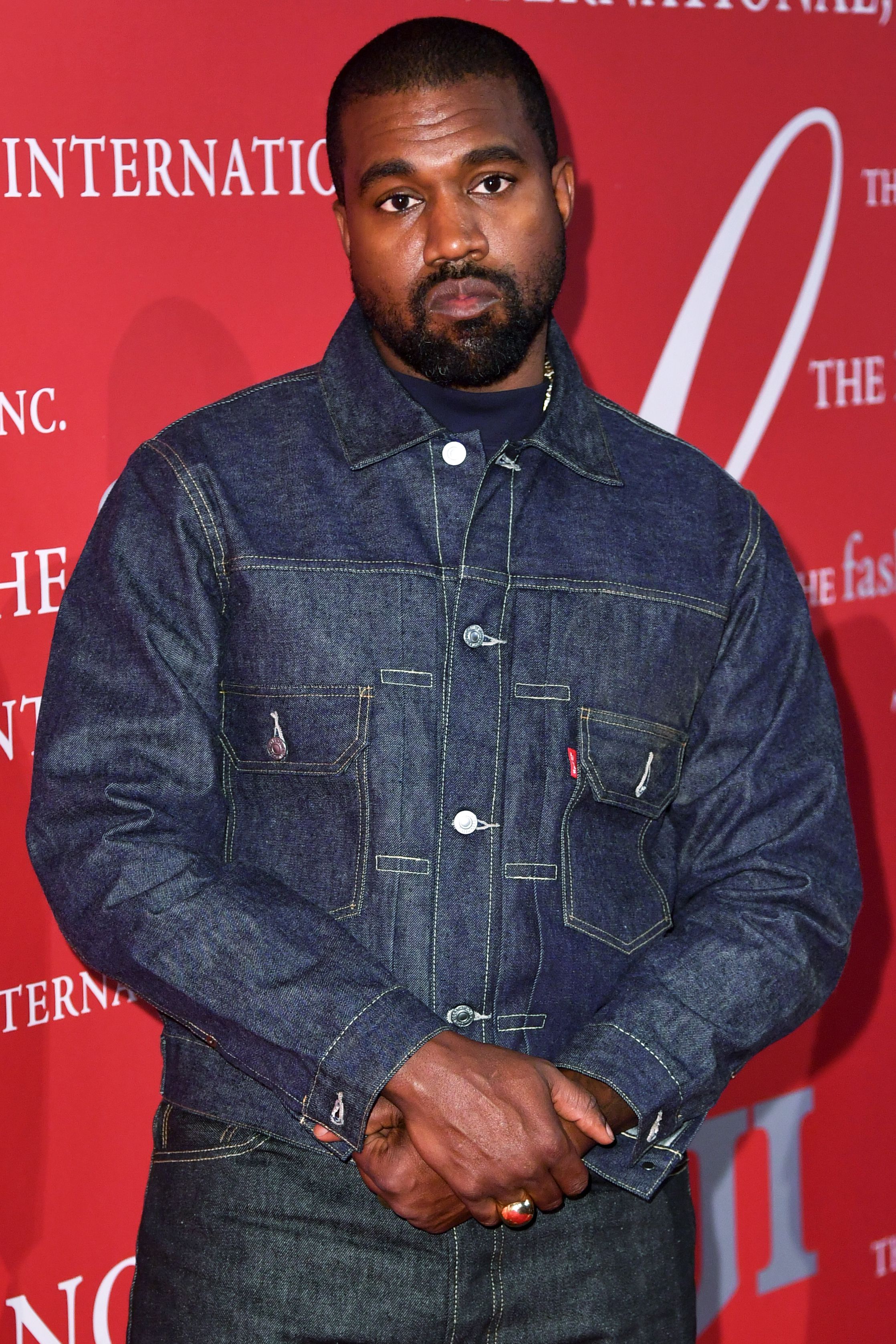 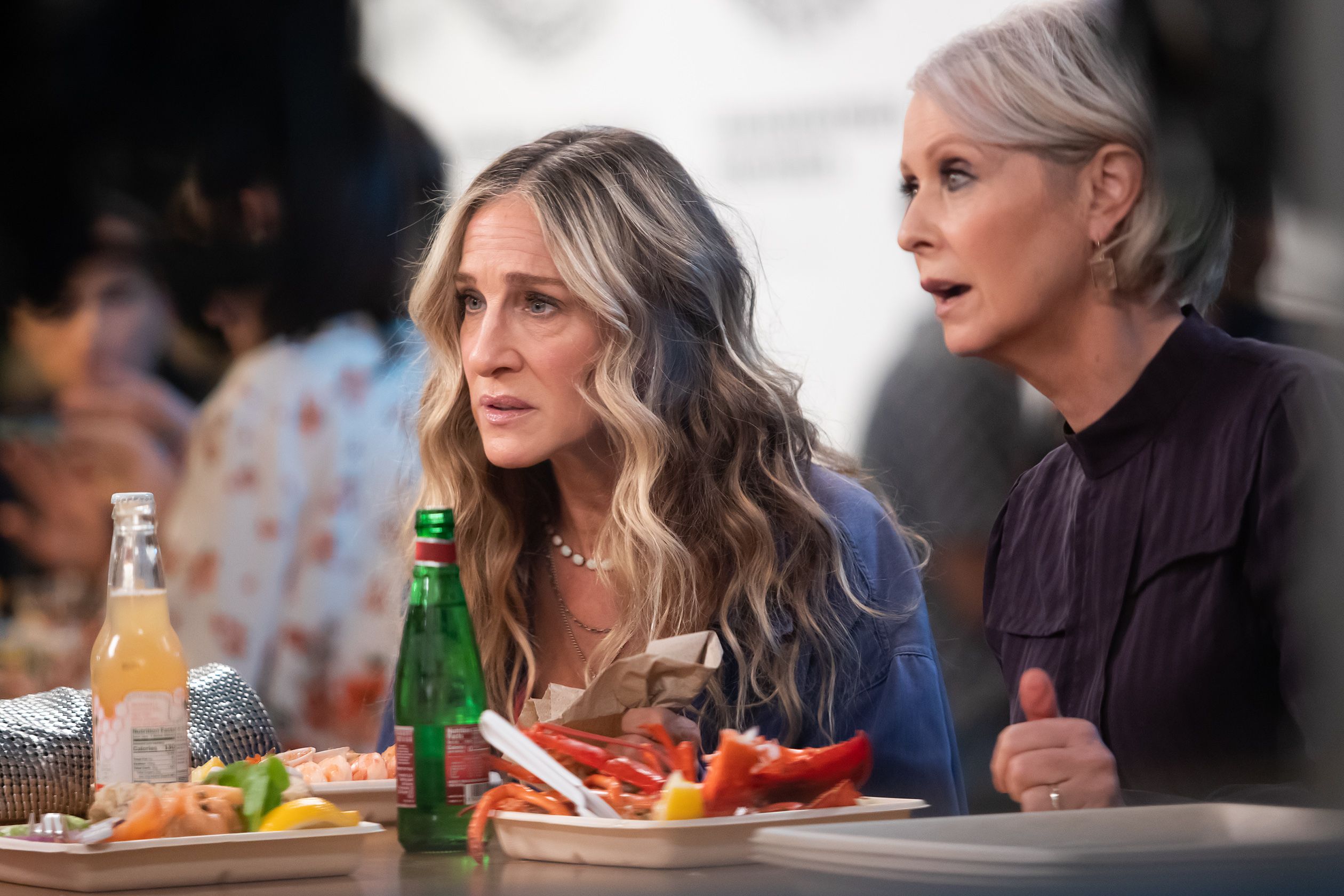 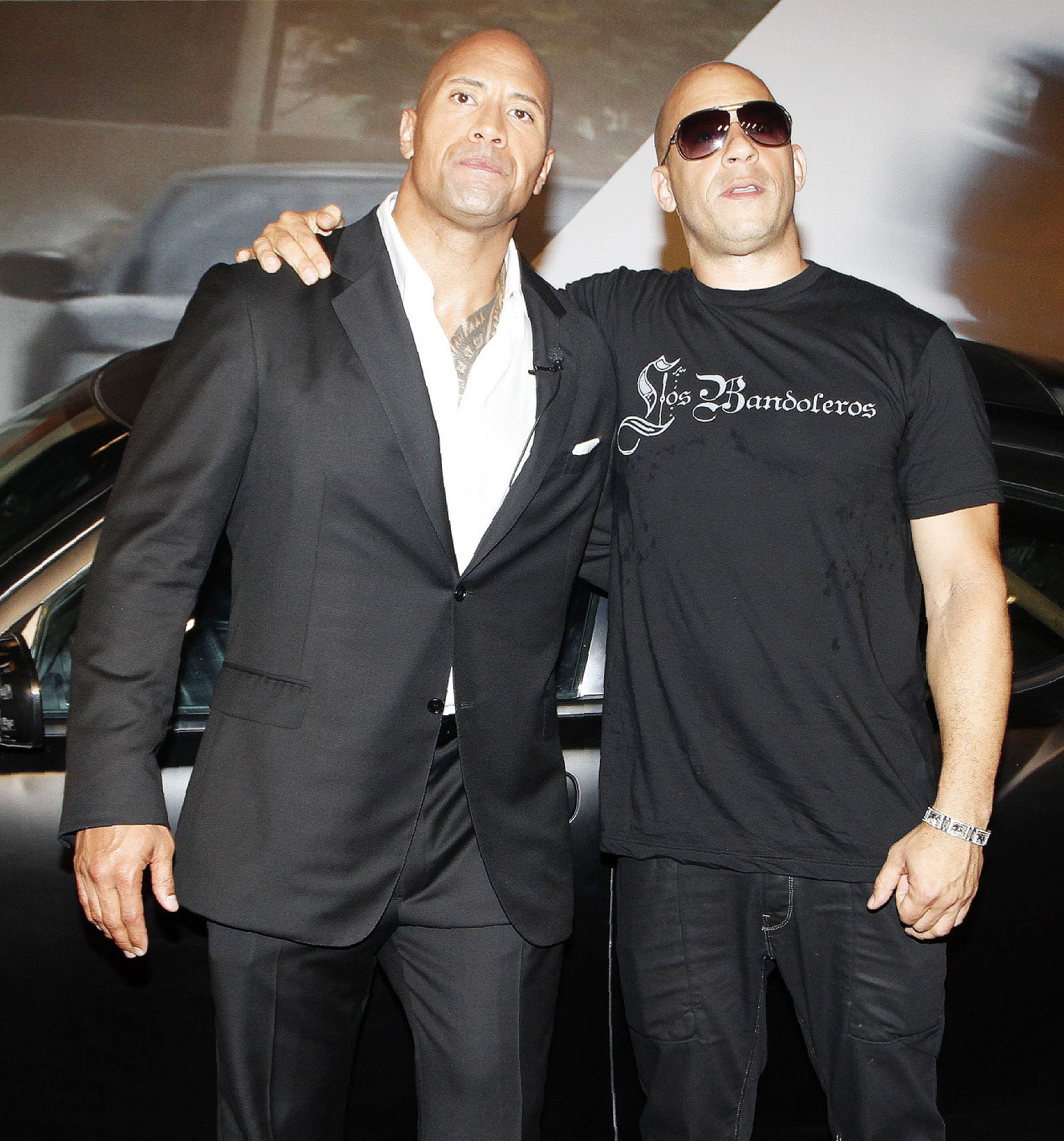 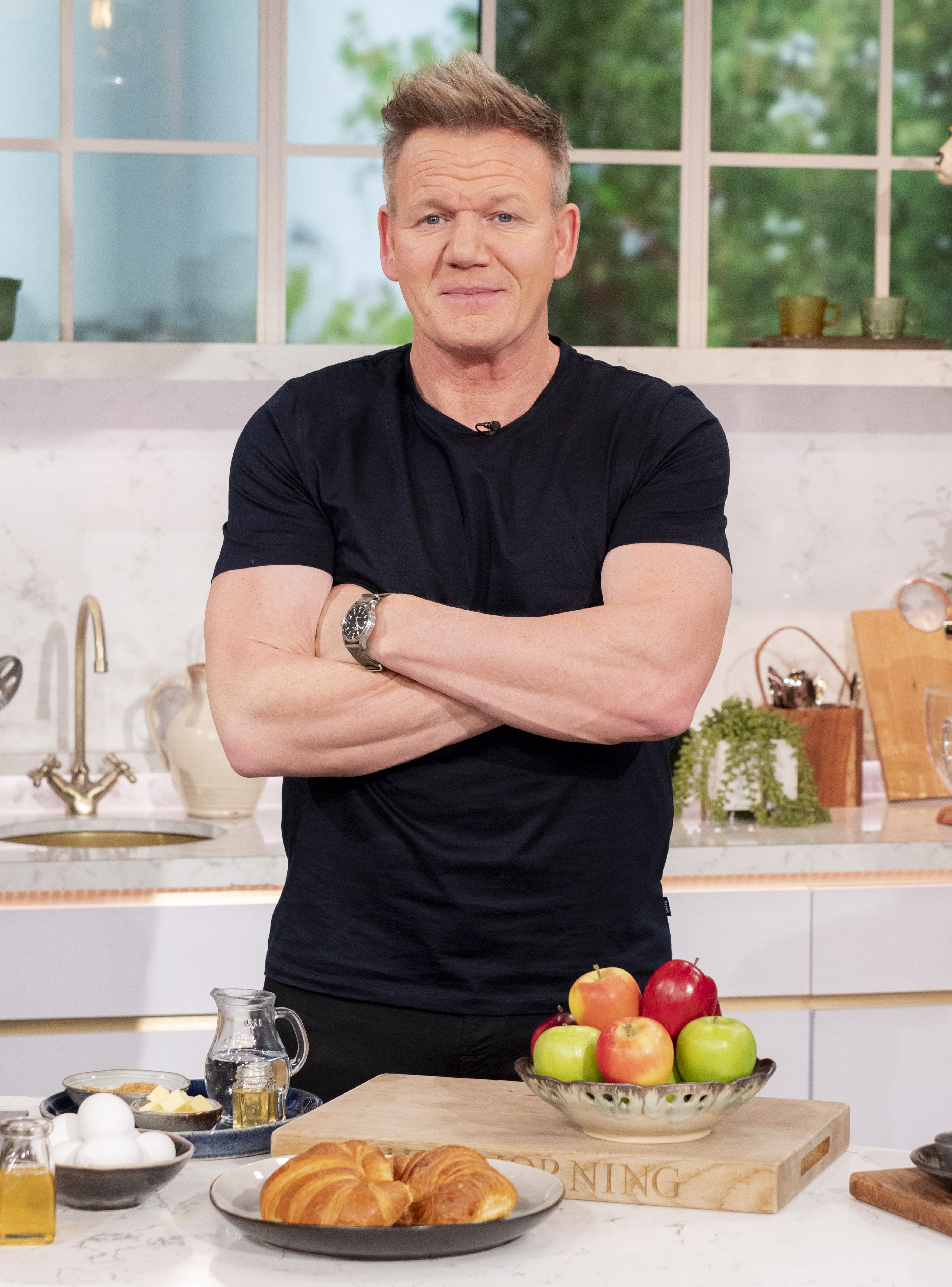