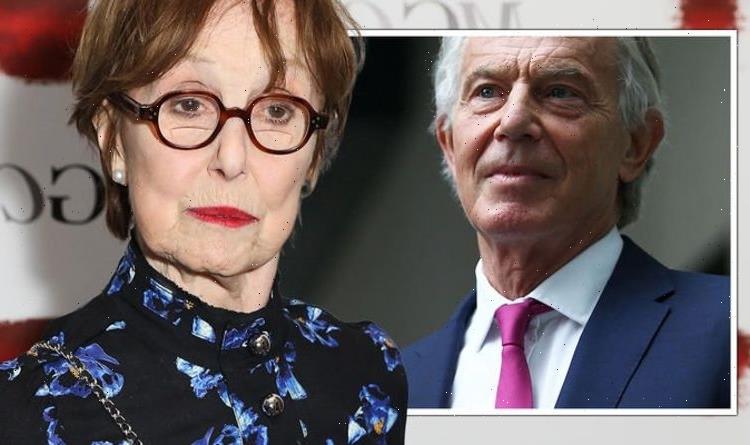 Actress Una Stubbs, of Sherlock fame, dies at the age of 84

The British TV and film legend passed away today at the age of 84 surrounded by her family in Edinburgh. The mother-of-three was known for her roles in “Worzel Gummidge”, “EastEnders”, “Sherlock” and other popular programmes. Her career, which spanned six decades, took off after she played Cliff Richard’s girlfriend in the 1963 film “Summer Holiday” and “Wonderful Life” a year later.

Tributes for the star have flooded in from her colleagues and fans, who remember Una not just for artistry, but also for her wicked sense of humour.

Evidence of the actress’s wit – and her political persuasions – were revealed in a recently surfaced interview with the Guardian from 2016.

The star was asked “Which living person do you most despise?” to which she answered: “Tony Blair.”

After Una made waves with her on screen-romances with Cliff Richard she found her breakthrough role in 1965 as she was cast as Rita Rawlins in “Till Death Us Do Part”.

For a decade, viewers were charmed by Una’s character, the daughter of loud-mouthed anti-socialist, Alf Garnett.

Una also starred in the 1980s sequels of the sitcom, “‘Till Death” and “In Sickness and In Health”.

Many of the show’s storylines centred on the rows between Rita’s father Alf and her husband Mike, a loafer from Liverpool played by Tony Booth, the father of Tony Blair’s wife Cherie.

Alf used racial terms considered inappropriate in the 1960s and referred to his son-in-law as that “randy Scouse git.”

Much like his character, Tony Booth was also known for his harsh opinions, including about his son-in-law.

Booth, who was married four times and had eight children, was a staunch Liverpool-born socialist, whose politics sometimes clashed with Mr Blair’s New Labour ideology.

Tony was reported to have disliked Mr Blair’s appointments to the House of Lords, and also apparently sparred with him over the money used to fund the Iraq War.

However, despite some ill-feeling, it was the actor’s intervention that was said to have persuaded Mr Blair to stand for Parliament.

Una’s appearance alongside Tony on Till Death Us Do Part helped her go on to land roles in other popular shows, including an episode of the legendary sitcom “Fawlty Towers”.

The actress, who was born in Welwyn Garden City, Hertfordshire, had been ill for a few months before her death, her agent Rebecca Blond told BBC News.

In a statement, she said: “We are desperately sad to have lost not only a wonderful actress, whose screen and stage career, spanning over 50 years, was so extraordinarily varied.”

She went on to describe Una, who was also known for her theatre work, as a “highly respected and exhibited artist.”

The actress’s death was announced by her sons, Joe and Christian Henson and Jason Gilmore.

In a statement, they said: “Mum passed away quietly today with her family around her, in Edinburgh. We ask for privacy and understanding at this most difficult and sad of times.”