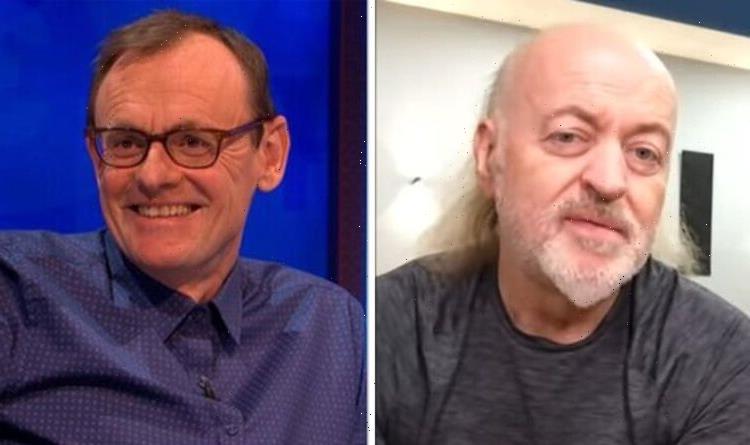 Bill Bailey discusses what he misses about Sean Lock

Bill Bailey, 57, appeared as a guest on the latest episode of the Out To Lunch with Jay Rayner podcast on Tuesday. He detailed how he misses his late friend, Sean Lock.

Speaking on the Out To Lunch with Jay Rayner podcast, Bill said he has moments where he wishes to speak to Sean, before realising he can’t.

The comedian said he still thinks he can “run it by him” when it comes to new material for his stand-up shows.

Sean Lock died at the age of 58 last year following a private battle with cancer.

At the time, it was Bill who confirmed that his friend had died of lung cancer.

Bill reminisced about how the pair had originally met in a club in Twickenham and struck up a friendship which lasted for around 30 years.

“We just seemed to get on,” he said about the late 8 out of 10 Cats panellist.

When the food critic asked if they had worked together following Sean’s diagnosis, Bill replied: “We did a few [8 out of 10] Cats [episodes] together.”

He added: “We used to share a lot of stuff.

“I guess, one of the things that I miss most about him was that it was like a sounding board for yourself.

“You know, like, when you know someone or, I should say, someone knows you inside out?

“That’s a rare and wonderful thing.”

Bill has recently revealed that he agreed to take part in Strictly Come Dancing in 2020 due to financial hardship during the Covid pandemic.

He confessed during the podcast episode that comedy gig cancellations meant money was tight.

Bill ended up winning the dance show and was one of the most popular winners in the show’s history.

He had been asked to be a contestant previously, but had declined due to having other commitments.

Bill told Jay Rayner: “All this work was disappearing out the door.

He said he realised “things were looking pretty bleak” in terms of personal finances.